As the Brazilian president calls for businesses to re-open despite a growing number of Covid-19 cases, some refuse to follow "politically-influenced" advice 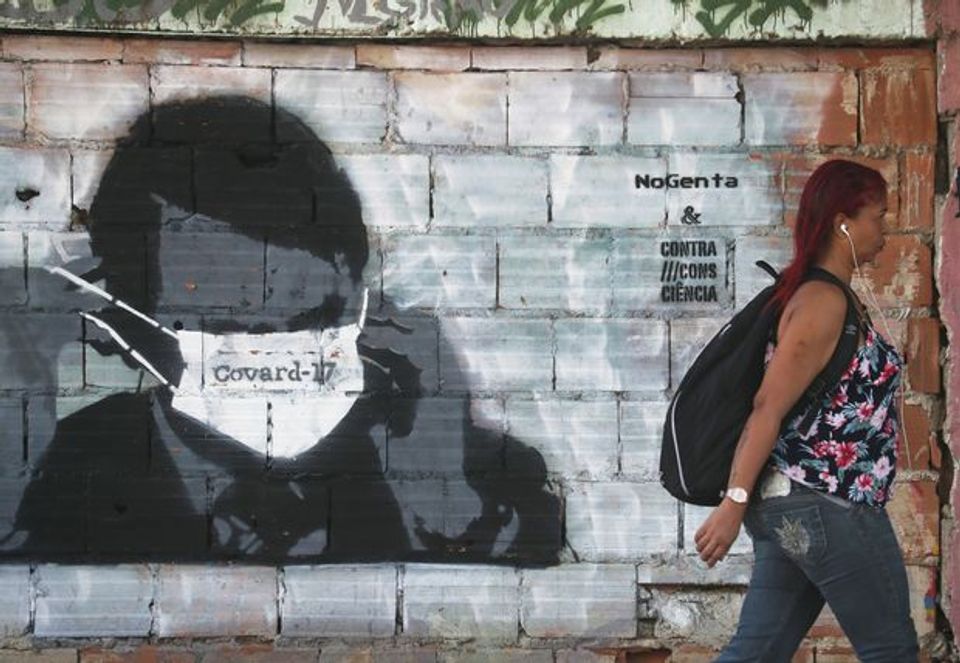 Even as cases of coronavirus (Covid-19) in Brazil surpass 4,000 and deaths number over 140, the Brazilian president Jair Bolsonaro is calling for businesses to re-open despite recommendations on how to curb the spread of the virus from the World Health Organisation (WHO) that suggest otherwise. Last week he criticised state and municipal officials in favour of the closure of non-essential public gatherings and businesses, such as museums and art galleries, while making inaccurate claims that the virus is a “small cold” that only afflicts the elderly population.

Bolsonaro's dismissive stance on the virus has forced small businesses like galleries to take a stand for their staffs, while federally-funded museums, such as the Museu de Arte de São Paulo Assis Chateaubriand, may be forced to re-open should the president issue an order for state businesses to resume.

“We will follow scientific rather than politically-influenced guidelines, and we continue to support our artists, as the gallery is a platform for them to use their voices," says Felipe Dmab, one of the founders of Mendes Wood DM, which has spaces in São Paulo, Brussels and New York. He adds that the gallery's three locations will remain closed while staff actively work from home.

By and large, private galleries are resolute in following the advice of the WHO. “Our object is to protect the health and safety of our employees, artists and visitors,” says Nara Roesler, who operates eponymous spaces in São Paulo, Rio de Janeiro and New York, adding that the gallery will evaluate the decision to re-open based on recommendations from organisation.

Similarly, Galeria Luisa Strina in São Paulo confirms it will remain closed until the end of April in compliance with the recommendations of municipal, state, federal and global public health authorities. According to a spokeswoman, “In particular, the gallery values the health and well-being of its artists, employees and the entire community that visits our space. In one month from now, we will reconsider the situation and any new decision will certainly be made in accordance with these same parameters: public health and the security of everyone that attends our gallery events.”

Federally-funded art spaces, however, are toeing the line between political obligation and social responsibility.

The Museu de Arte de São Paulo Assis Chateaubriand says that it will remain closed for an "indefinite period, preserving the health of our community, employees and visitors" and reports that there will be no changes made to staff at the museum at this time.

Meanwhile, a spokesman for the Pinacoteca in São Paulo says it will remain closed until mid-April on its website and it has "reduced the face-to-face work to the maximum allowance, following the guidelines of the Government of the State of São Paulo and maintaining its commitment to the well-being of society”. A spokeswoman notes that the museum “is an institution of the state government of São Paulo, and therefore responds to the mandates of the local government” rather than the state.

Per the advice of the WHO on limiting events and crowds to slow Covid-19 transmission, the contemporary art fair SP-Arte, which was scheduled to open this week at the Oscar Niemeyer Bienal Pavilion in São Paulo, suspended its 16th edition earlier this month as "the holding of an event of this nature and proportion is compromised,” the director of the fair, Fernanda Feitosa, said in a statement.

Yet the president ignored this same advice when, on 29 March, he rallied a crowd of supporters at a suburban market in Brasília to again press his stance that Brazilians should return to work. In one of various videos posted on his social media account, a merchant Bolsonaro speaks to says: “We have to work. There are deaths, but that is up to God, we cannot stop.”

The video has since been removed by Twitter as the social media platform cracks down on content that counters public health recommendations.