London voted strongly to remain in the European Union (EU), as did Scotland, but the UK as a whole chose Brexit in a referendum in June. The decision in favour of Britain leaving the EU sent shock waves across Europe, especially when the British prime minister, David Cameron, announced the morning after the 23 June vote that he would be stepping down.

Cameron’s decision to call a referendum, which he made in 2013, had been compared by the British-born, Berlin-based artist Tacita Dean to the “manufactured storm” in The Tempest. Dean is one of many artists and cultural figures who fear the consequences. Among the artists, museum directors and leading figures in the art market we spoke to in the immediate aftermath of the referendum, none was celebrating, while many were in shock and feeling dismayed. Some sought a silver lining, or at least a heavily disguised blessing.

Questions arise over London’s future as the centre of the European art market, although no viable alternative city immediately leaps to mind. While Berlin’s low rents and EU access may appeal to artists as the UK negotiates to leave, Germany’s art market is unlikely to emerge as a successor to London. Part of the reason is that on 23 June the country’s Bundestag passed a cultural asset protection bill that many believe will have a negative effect on the local art market. A more likely scenario is that the London market could lose out to markets outside Europe, with New York and possibly Hong Kong the primary beneficiaries.

Political and economic uncertainty in the short to medium term is the most pressing concern. Another worry is whether hard-line Brexiteers will bring to an end the free movement of workers across the European community.

Immediate reactions in Brussels were marked by concern that the popular vote against the EU would prove contagious, along with the anti-immigrant sentiment that has been stirred up by the campaign. Politicians and commentators across the continent fear that other member states could choose to leave the EU; Eurosceptics in France, the Netherlands, Sweden and Austria have called for similar referendums. Britain has been described as “the epicentre of an earthquake”.

Across the Atlantic, as the referendum’s ripple effects could be felt on the US stock markets, US President Barack Obama was quick to reiterate that the “special relationship” with Britain “would endure”. But concern is mounting that the US political system could serve up a major shock of its own in the presidential elections in November. “The fact that Britain exited the EU shows that Donald Trump could also happen, which would definitely lead to a very different balance of powers worldwide,” says Klaus Biesenbach, the director of MoMA PS1 in New York.

Reality check: what Brexit could bring 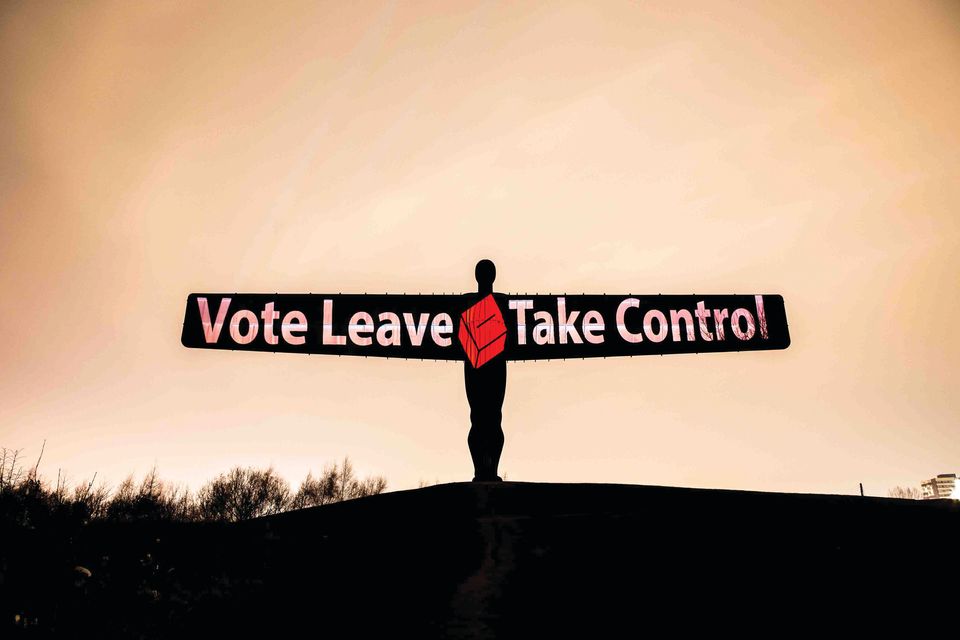 Tynesideís most famous work of art has been hijacked in a political stunt, sparking outrage from its creator. Artist Antony Gormley has fired off warning letter through his solicitors after the Vote Leave group projected its message and logo across the 54-metre wingspan of the Angel of the North. While the group hoped the move would boost their anti-EU message in the run up to June 23 in-out referendum, it has also landed them in legal trouble from Angel sculptor Mr Gormley. When contacted, the artist was on his way to Beijing, with a spokesperson saying he would not be commenting on the issue but is discussing next steps with his legal team.

• Loss of EU funding: the UK will miss out on access to much-needed arts funding opportunities, including the Creative Europe programme, which has awarded €40m to the UK cultural and creative sector over the past two years, and 2% of the £258bn earmarked for European cultural projects by the European Structural and Investment Fund from 2014 to 2020.

• Artist visas: the potential restrictions on artists’ ability to move freely throughout Europe and the UK are viewed by many in the art world as one of the biggest drawbacks of the UK’s decision to leave the European Union. Curators, conservators, museum staff and archaeologists will face similar visa issues.

• Import VAT: at 5%, import VAT in the UK is the lowest rate in any EU country. At this point, it is not clear precisely how or even if Brexit will affect the UK’s import VAT rate. Works imported from the EU into the UK are currently exempted from import tax, but this situation could presumably change.

• Artist’s resale right: dealers are likely to push for a re-examination of the UK’s ten-year-old artist’s resale right (ARR), which requires royalties to be paid to artists or their descendants each time one of their works is sold. The ARR extends to 70 years after the artist’s death. Critics say that ARR gives New York and Hong Kong an advantage over the UK.

• Arts education fees: art students from the EU studying in the UK may have to pay more expensive international student rates instead of UK rates.

• Export licences: the UK’s vote to leave the EU may lead to a change in the UK export licensing scheme, which is based on an EU regulation.

• Exodus of UK art collectors: collectors (and their art) could be driven from the UK if the government imposes more taxes on the wealthy to alleviate the public finance crisis.

• End of free entry to museums? UK museums may be forced to start charging for entry to national museums if there is less government money available for the arts.

• Sponsorship: museums may find it harder to attract UK corporate sponsors for exhibitions if the pound continues to drop and companies feel the squeeze.