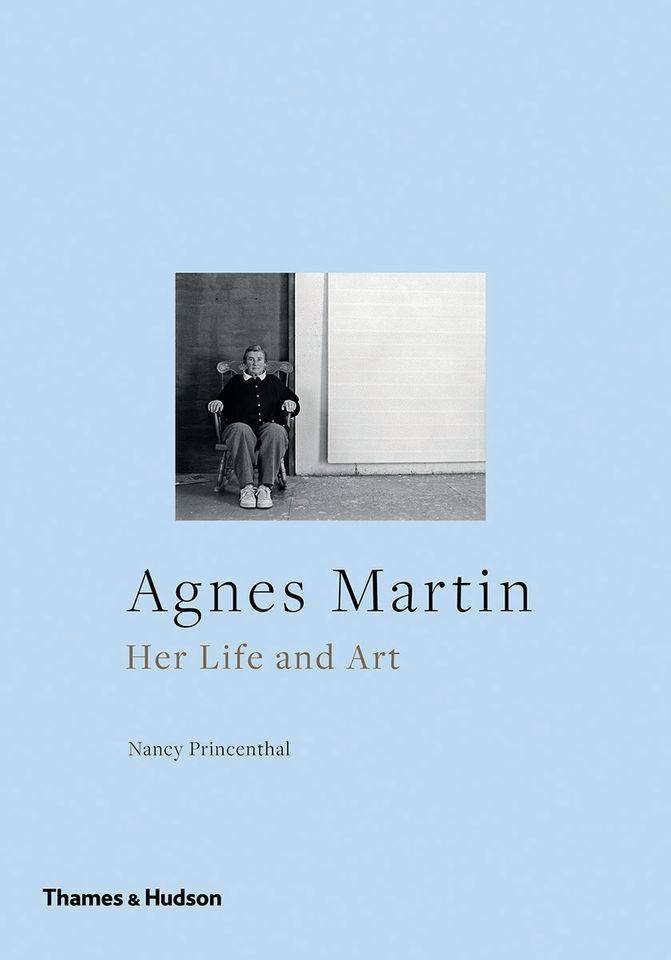 Agnes Martin: her Life and Art

Nancy Princenthal is conflicted in her new book on Agnes Martin. At the beginning, she admits that Martin’s biography comes only in patchy and contradictory details “because her internal life was deeply fragmented”. Schizophrenia broke Martin, but Princenthal urges us away from seeing the painter as a mystic: her work “resonated with the hum of the physical world”, not the spiritual one. Yet time and again, Martin comes across as nothing but mystical, and Princenthal can never avoid it. She compares Martin to the 16th-century mystic Saint Teresa of Avila, “whose language resonates with Martin’s on many levels”. Princenthal quotes Teresa saying that people like herself felt “not to be in the world, and have no wish to see or hear anything but their God”. Martin was the same way about her art, but Princenthal never really penetrates her quietism. She goes off on tangents instead, at one point offering an extended overview of how schizophrenia was understood at mid-century. Princenthal still does a fine enough job putting together the available pieces and there is much to learn about Martin in the book. But more than anything, this book raises questions of possibility: can a biography of an abstract painter tell us anything about their work? Likely not; seers work in mysterious ways. 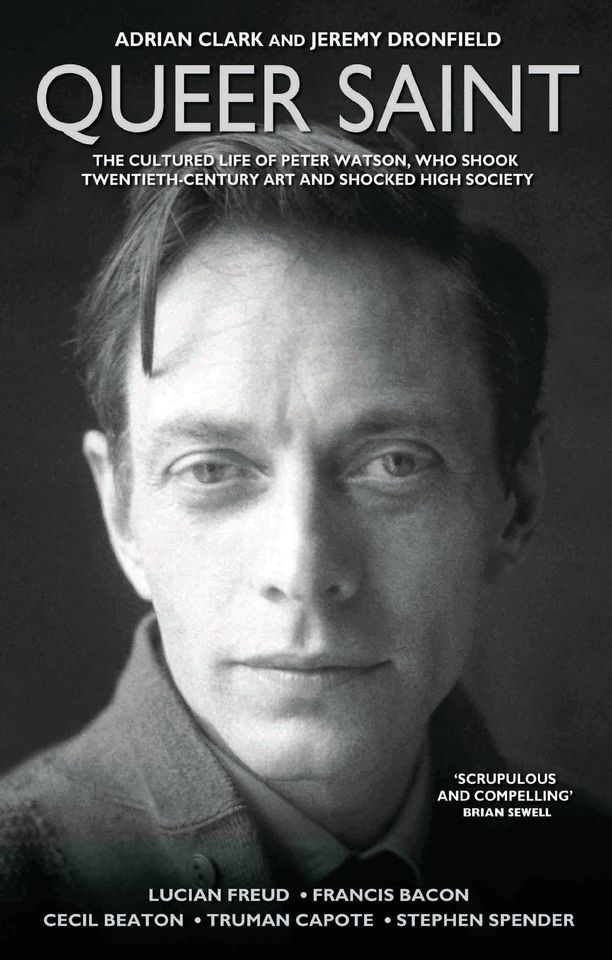 This meticulously detailed journey through British and European high life, low life and artistic circles in the mid 20th century records the gradual transformation of a shiftless Eton schoolboy into a generous but melancholy aesthete, who used his considerable wealth to champion the cultural avant-garde. Much of the highly readable narrative chronicles Peter Watson’s varied and prolific love life. Poor Cecil Beaton pined for him, but Peter’s preferences were for more unsuitable boyfriends in need of rescue, like the beautiful but drug-addled Denham Fouts, and Norman Fowler, who may or may not have been implicated in Watson’s sudden death in 1956. The more enduring aspect of his “saintliness” was his support for young and impecunious artists such as Lucian Freud, the two Roberts (MacBryde and Colquhoun), Francis Bacon and John Craxton. He also played his part in keeping Britain’s cultural fires burning during the war by co-founding and funding the literary journal Horizon (there are fascinating vignettes of such luminaries as Cyril Connolly, Stephen Spender, Wystan Auden, Christopher Isherwood and Truman Capote), and in its immediate aftermath was instrumental in setting up the ICA. The book’s subtitle is something of an overstatement, though.

• Caroline Bugler is a writer and editor specialising in art, and was formerly the editor of Art Quarterly 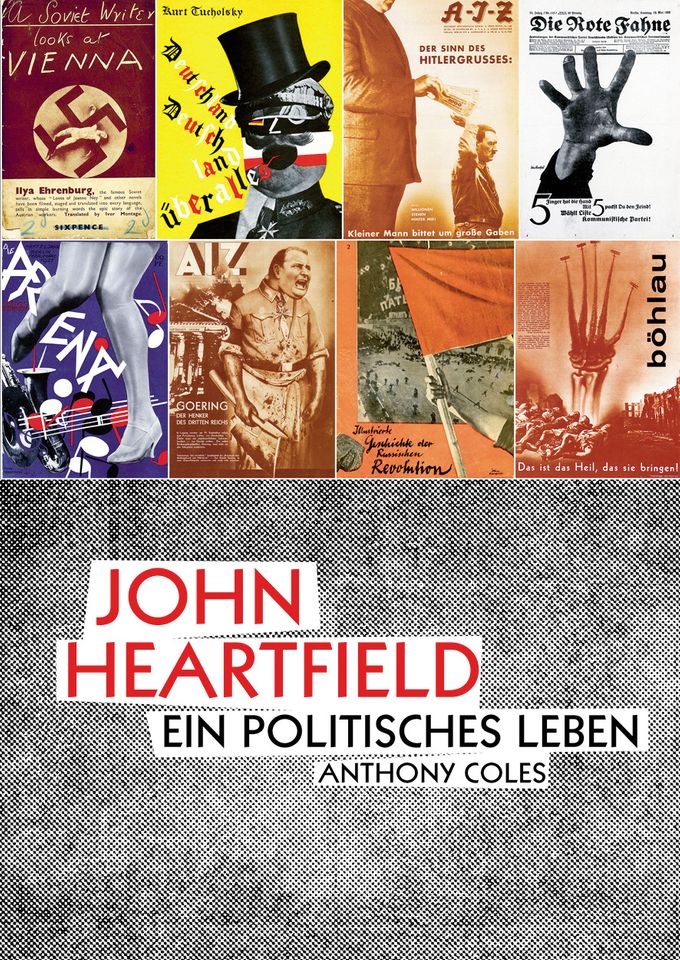 In the German Democratic Republic (GCR), John Heartfield (1891-1968) was regarded as the archetypal Socialist artist. For nearly a decade he designed cover images for the Communist publication AIZ (Arbeiter-Illustrierte-Zeitung: the workers’ illustrated newspaper)—based in Berlin from 1930, then from 1933 in exile in Prague—which established him as a leading artistic campaigner against National Socialism. Now, in his book John Heartfield: ein politisches Leben (John Heartfield: a political life), drawing on decades of research, Anthony Coles attempts to set Heartfield’s work in its contemporary context. The book’s key achievement is its image-by-image examination of Heartfield’s work for AIZ, exploring his handling of big industry, the Sturmabteilung (the paramilitary wing of the Nazi Party) and Hitler as an individual. This does disrupt the chronological sequence of events in places—for example, when the AIZ’s move to Prague is presented before Heartfield’s significant stay in Moscow in 1931 and then covered again later. The book offers new information on Heartfield’s 12-year exile in London—later described in rather idealised terms by Heartfield himself. Heartfield did undertake further commissions as a designer after this, but Coles states: “His work as a political satirist ended at this point.” In consequence, Coles devotes a mere two pages to Heartfield’s return to Germany and the remaining 18 years of his life in the GDR. Nevertheless, the book sets a benchmark for all future presentations and interpretations of Heartfield’s political works during the 1930s—the pivotal decade of his life. 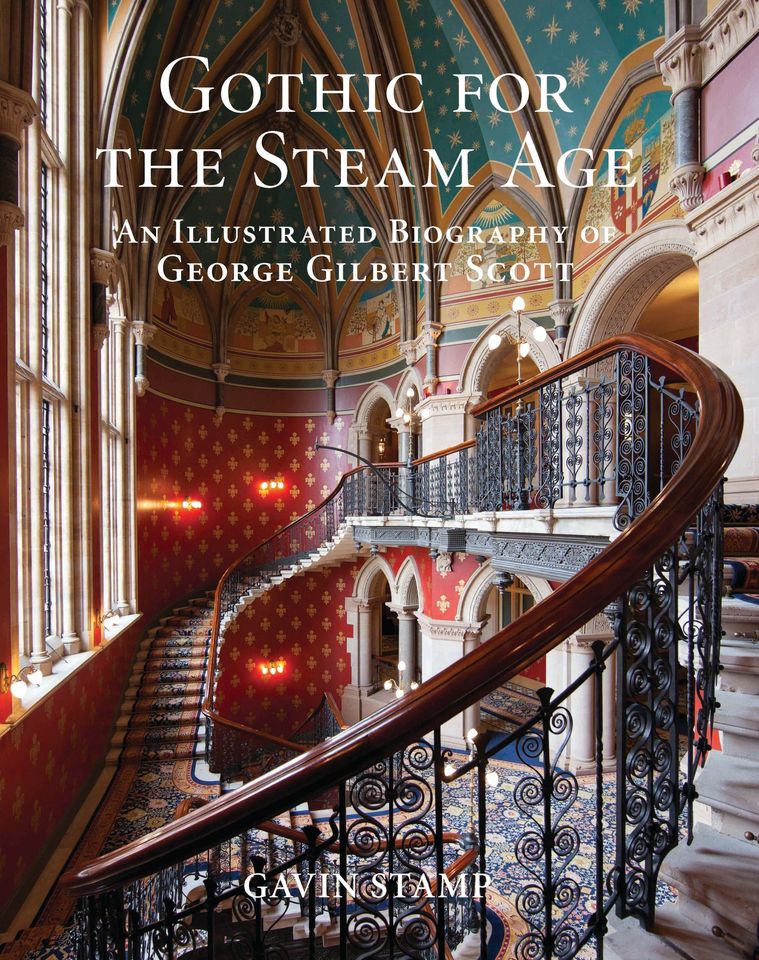 Gothic for the Steam Age: an Illustrated Biography of George Gilbert Scott

Poor Sir Gilbert Scott has tended to receive a bad press since his death, but the restoration and reopening of the St Pancras Hotel has set the seal on his rehabilitation. Gavin Stamp’s splendid book provides irrefutable confirmation. The first half consists of an authoritative and sympathetic account of Scott’s life and career, while the second half is an illustrated survey of the buildings, arranged by type. The pictures are a mixture of contemporary engravings, historic photographs and modern colour photographs. The result will be a revelation, even to those who imagine themselves to be familiar with Scott’s work. Now there will be no excuse for the glib and patronising dismissals so regularly trotted out, and Scott’s position as head of his profession is shown as thoroughly justified. He has always been blamed for taking on too much work, but contemporaries pointed out that, despite his inevitable reliance on his large office, a recognisable style emerged. His scholarship, his kindness to his pupils, his generosity and his firm churchmanship all contribute to support the description on his brass in Westminster Abbey: “vir probus, architectus peritissimus” (an honourable man and a most skilful architect).

• Peter Howell was the chairman of the Victorian Society from 1987 to 1993. His most recent book was Martial, in the Ancients in Action series (2009)