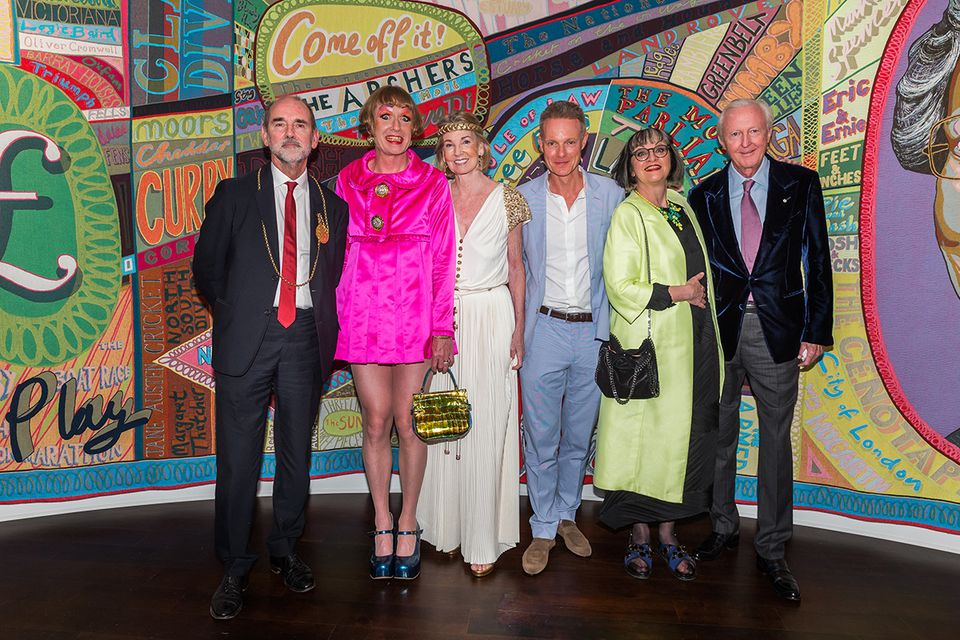 London’s Royal Academy of Arts (RA), which celebrates its 250th anniversary this year, and the Gallery at Windsor, a contemporary art exhibition space founded in 2001 at the exclusive planned community of Windsor in Vero Beach, Florida, might seem like strange bedfellows. But a new three-year partnership between the two institutions to stage an annual solo show of an Academician at Windsor, which kicked off last week with a show of Grayson Perry’s work, is “pre-ordained in a way”, says the RA’s artistic director Tim Marlow.

Windsor has previously hosted shows by Royal Academicians Jasper Johns, Per Kirkeby and, in 2017, the RA’s president Christopher Le Brun. Le Brun’s show was the catalyst for partnership discussions with Hilary Weston, a former lieutenant governor of Ontario, who co-founded the community of Windsor with her husband Galen in 1989 and runs the gallery. Weston was brought on studio visits to select three participating artists. The others have not yet been announced.

In choosing Perry for the initial exhibition, “we wanted a sort of low-key start with a kind of rarefied minimalist installation”, Marlow jokes as Perry sits nearby, dolled up as his alter ego Claire in a short pink dress, in front of his colourful, large-scale tapestry Comfort Blanket (2014). The tapestry, inspired by the blankets his grandmother made of scraps of wool, is “a patchwork of Britishness”, says the artist. It resembles a giant banknote filled with words, phrases and names that are references to UK culture, life and identity, from “AGA” to “come off it!” and a (rather unflattering) image of the queen.

The dozen works in the show, Making Meaning (until 27 April), include textile pieces, etchings, works on paper, ceramics and a cast-iron sculpture. Perry’s often irreverent look at self, class and gender might seem jarring for a community he refers to as “a tribal encampment for the sort of super rich”. However, it does seem appropriate to show works that question Britishness at such a venue, overlooking a pristine golf course in a US community named after a royal borough. “I’m here to give them an exhibition of material culture of their social root,” Perry says, comparing himself to an anthropologist.

The RA, whose annual summer exhibition will be organised by Perry this year, is itself referenced. Pendant pieces of pen and felt-tip drawings on paper, RA Pot (2012) and Tate Pot (2012), depict vases with the names of “brands that I assume the two institutions would like to be associated with”, Perry says—“slicker, younger” brands like Apple for Tate Modern (“seems to be full of tax dodgers on that one”, Marlow cheekily interjects) and “heritage brands” for the RA, such as Liberty. After all, according to Marlow: “There is a school of thought that says if the academy can’t laugh at itself on occasion, it is missing something.”