As part of the museum's efforts to address Britain’s colonial past, officials acknowledge that the collector "exploited slaves" 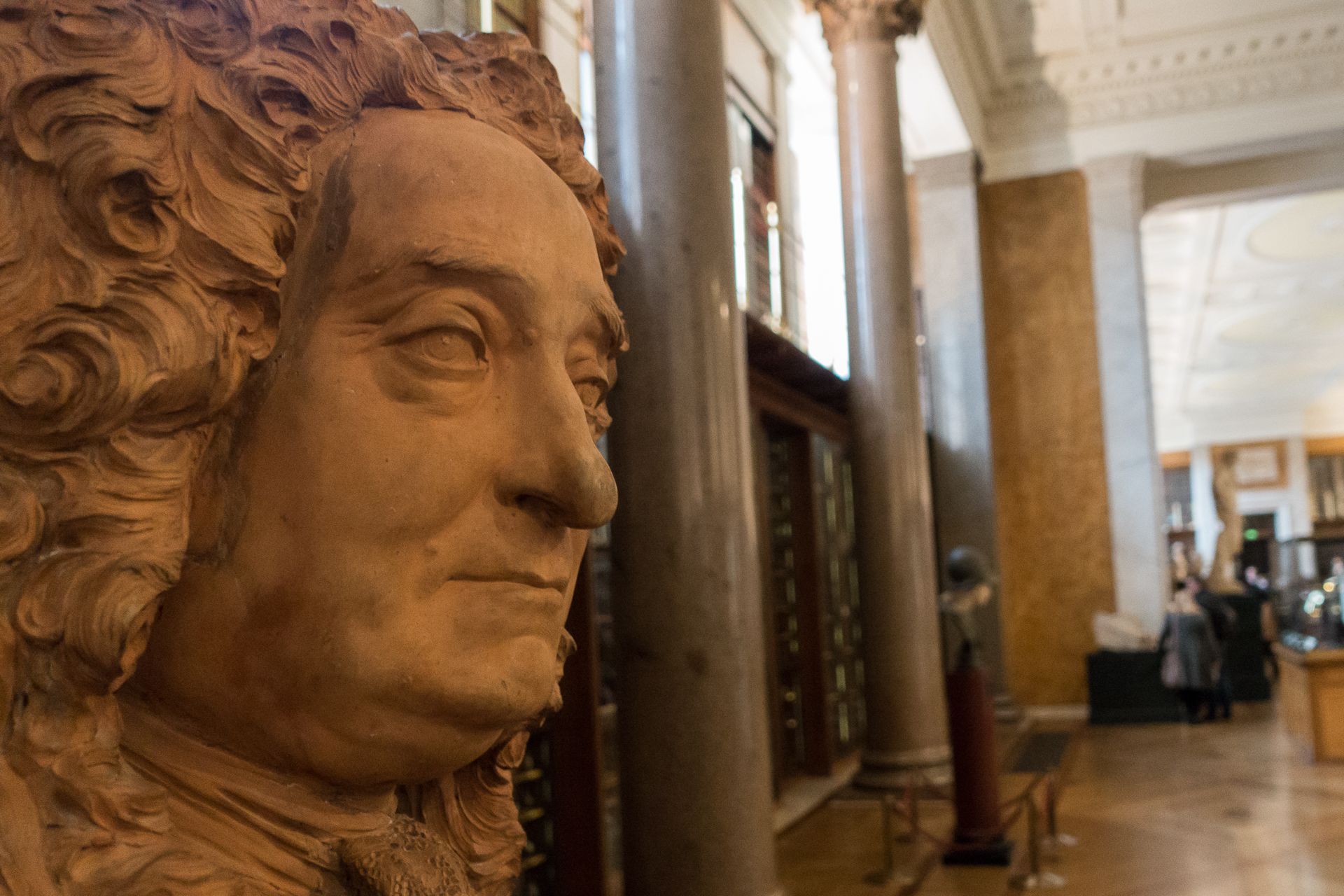 The redisplay of the Hans Sloane bust is part of the British Museum’s efforts to address Britain’s colonial past Photo: Paul Hudson

Officials at the British Museum have moved a bust of the institution’s founding collector, Hans Sloane, from a pedestal to a nearby cabinet in the Enlightenment Gallery because of his links to the slave trade.

A museum spokeswoman says that in the light of the debate about statues in public spaces—including the furore over the statue of Edward Colston in Bristol—“the bust of the British Museum founding collector, Hans Sloane (by Michael Rysbrack, 1730s) will be redisplayed, juxtaposed with objects that reflect that Sloane's collection was created in the context of the British Empire and the slave economy”.

The display acknowledges that “Sloane's travels and collecting in colonial Jamaica exploited slaves and explore the fact that his collecting was partly financed from the labour of enslaved Africans on his wife’s sugar plantations,” she adds.

In his will, Sloane bequeathed his entire collection to King George II for the nation in return for the payment of £20,000 to his heirs; he died in 1753. His holdings form the basis of the British Museum collection. The display label adds that during his time in Jamaica he researched local medicine and collected natural history specimens.

The move is part of the museum’s efforts to address Britain’s colonial past, says director Hartwig Fischer. “These are subjects which need to be addressed, and to be addressed properly. We need to understand our own history,” he told the Telegraph.

Some very poor headlines on this story today. The statue hasn't been removed, it's been moved. It hasn't been cancelled, it has been given more context. https://t.co/BS6RqtEVGH

But the move has sparked a storm on social media with some commentators accusing the museum of showing “disrespect and ingratitude to a man whose generosity has helped preserve so much world history for millions to enjoy”. Alistair Brown, the policy manager at the Museums Association, tweeted however: “The statue hasn't been removed, it's been moved. It hasn't been cancelled, it has been given more context.”

about 9 hours ago
'Good reasons to believe this is a new Caravaggio': specialists cautiously vouch for €1,500 painting pulled from Spanish auction