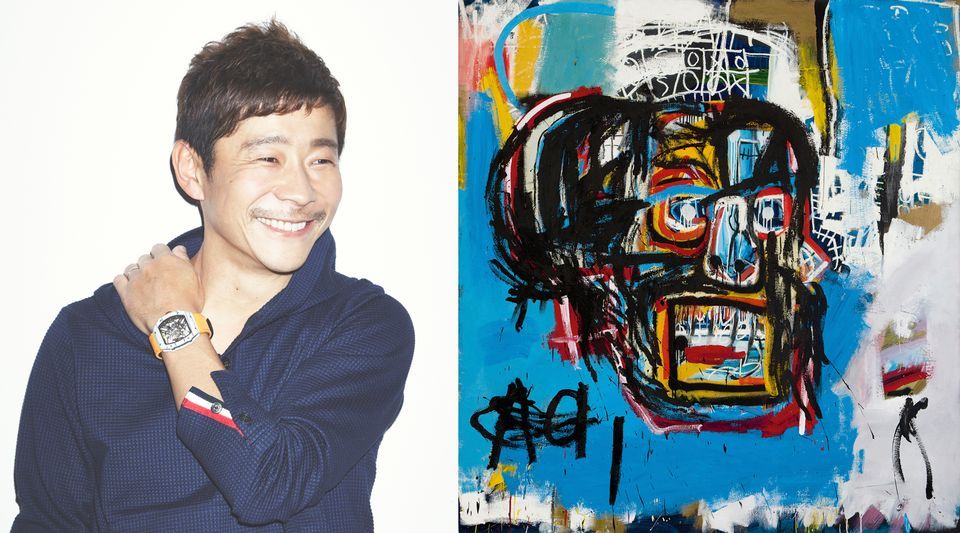 Yusaku Maezawa has revealed that the Brooklyn Museum is the first port of call for his prized 1982 skull painting by Jean-Michel Basquiat, which the Japanese billionaire bought for a record $110m at Sotheby’s in New York last May.

Writing on Instagram, the 41-year-old former rock star says: “My wish to share this masterpiece with as many people as possible begins in Basquiat’s hometown of Brooklyn.”

One Basquiat, which opens on 26 January (until 11 March), will show the painting together with the artist's junior membership card to the Brooklyn Museum, where his mother enrolled him when he was just six. The exhibition follows a retrospective at the museum in 2005 and its much lauded presentation, Basquiat: The Unknown Notebooks, in 2015.

In an Instagram post, the New York institution describes the forthcoming exhibition as a “spotlight presentation featuring one of Basquiat's most powerful paintings”. It continues: “Untitled (1982) returns to the artist's hometown in an exhibition that honours the local hero and aims to inspire both Brooklynites and global audiences.” The painting will be at the heart of the museum's programming around Black History Month in February.

After travelling the world, the untitled canvas looks set to go on permanent display in Japan. According to Sotheby’s: “The painting will eventually be housed in a museum based in Mr. Maezawa’s hometown of Chiba.”