After netting $4.2m for a Cranach, the museum plans to sell off works by Monet, Dubuffet, Degas, Miró and Matisse 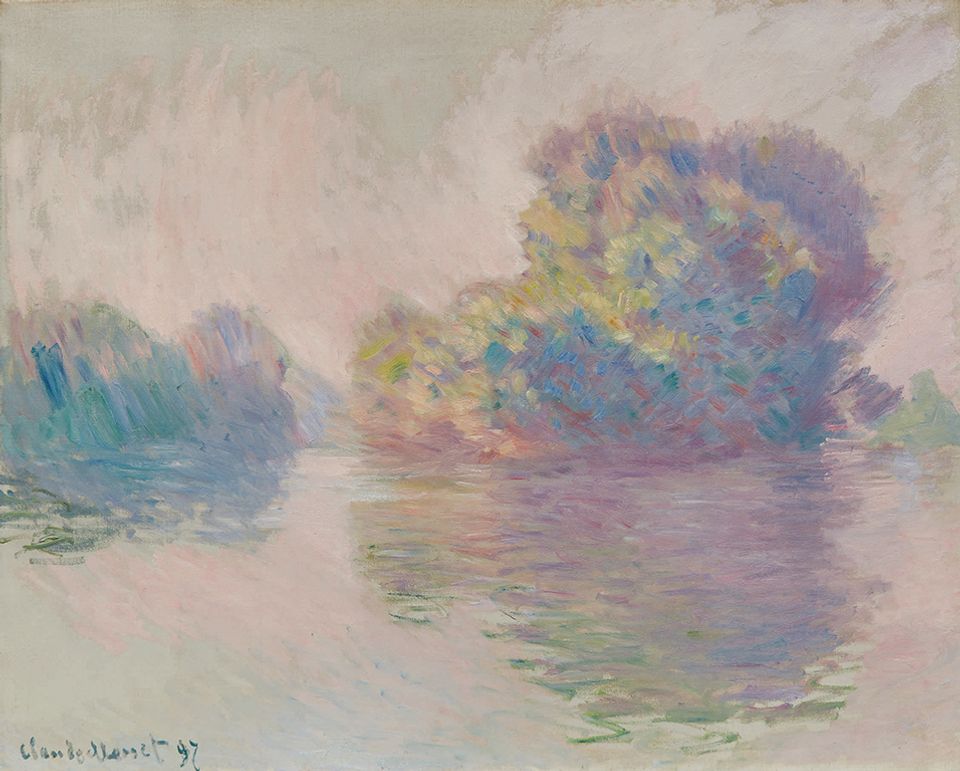 Amid other sell-offs by art institutions, Sotheby’s announced today that the Brooklyn Museum will be expanding its deaccessioning campaign throughout the current auction season, starting with sales of works of art by Dubuffet, Monet, Degas, Miró and Matisse at the house on 28 October.

On Thursday night the museum sold nine works at Christie’s Old Masters and European auctions for $5.4m, or $6.59m with fees, well above projections. The standout was a striking 16th-century Lucretia by Lucas Cranach the Elder that went for a $4.2m hammer price, more than twice its high estimate. The goal is to amass a $40m fund that would generate $2m annually for collection care at the museum, including storage, conservation, framing and salaries paid to staff members involved in caring for the art.

The Association of Art Museum Directors (AAMD) opened the way for such sales in April when it suspended a rule mandating that art could only be deaccessioned to raise money to buy more works. Specifically, it said that proceeds could flow toward direct collection care without a museum or director risking AAMD sanctions.

A growing crop of US art institutions–including the Baltimore Museum of Art, the Everson Museum of Art in Syracuse and the Palm Springs Art Museum in California in addition to the Brooklyn Museum–have since unveiled plans to sell important works. Often the objective is to fund staff salary increases under the rubric of collection care or to foster diversity and inclusion in collections and staffing policies.

The moves have spawned some dismay, with some critics fretting that the sales constitute a shortsighted jettisoning of crucial holdings.

The second round of deaccessioning by the Brooklyn Museum is likely to reap far more than the first, with combined presale estimates of the works topping out at $17m.

At Sotheby’s contemporary sale on 28 October, two paintings by Dubuffet owned by the Brooklyn Museum will be offered, each of which is estimated at $2.5m to $3.5m. Le Messager from 1961 presents one of the “personnages” from the artist’s Paris Circus series, an assemblage of joyful colours and shapes, Sotheby's says, and Rue Tournique Bourlique from 1963 is a notable example from the artist’s L’Hourloupe cycle.

“It is no coincidence that these are the works that have been chosen to be sold,” Sophie Webel, director of the Fondation Dubuffet in Paris, said in an email. “They are highly sought-after periods and should fetch substantial prices.” She says that Le Messager, which depicts two abstracted characters, is unlike most of the other works in Dubuffet's Paris Circus series, which are mostly street scenes.

Webel describes Rue Tournique Bourlique as a “very beautiful example” of the beginning of L'Hourloupe series, in which he incorporated yellow and green rather than limiting his palette to the red, white, blue and black that characterised later works in the cycle. 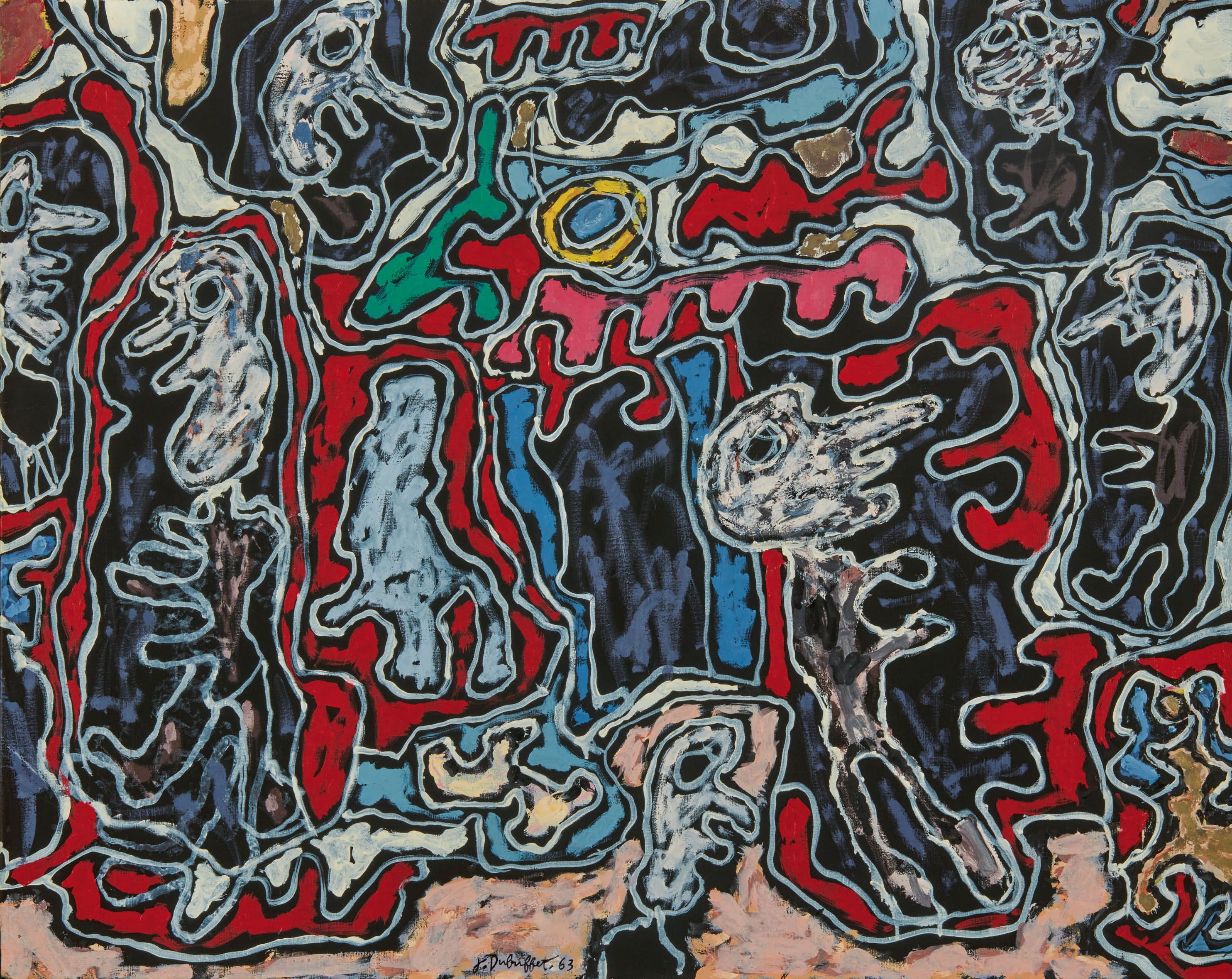 The contemporary sale will also feature a design work from the museum: Carlo Mollino’s An Important and Unique Dining Table from 1950 ($1.5m to $2m), which was at that time exhibited in a show intended to highlight Italian craft skill and support post-war reconstruction.

At the auction house's Impressionist and Modern art sale on the same evening, the Brooklyn Museum will offer Monet's Les Ties a Port-Villez (1897), with an estimate of $2.5m to $3.5m. The canvas is one of a group of six focusing on a cluster of tidal islands that formed where the Seine and Epte rivers met south of the French artist’s home at Giverny in the Normandy region. Also in the mix is Miró’s Couple Amoureux dans la nuit ($1.2m to $1.8m), a work from 1966 that the auction house says reflects a Japanese influence while responding to Abstract Expressionism. 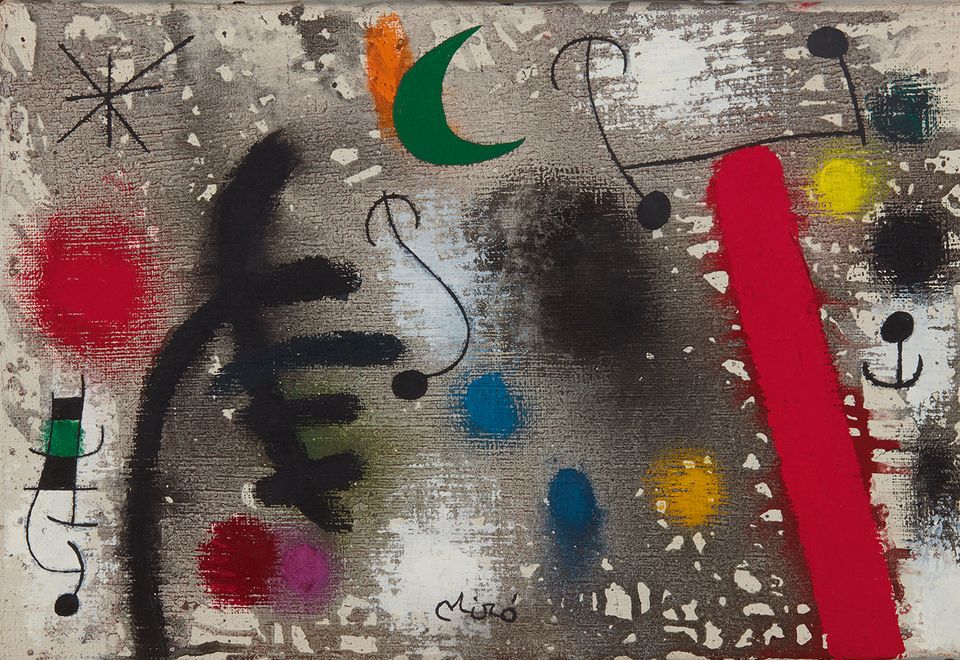 The sale additionally includes the museum’s Carrefour de Malabry from 1918-19 ($800,000 to $1.2m), a landscape executed by Matisse in a town southwest of Paris, and Degas’s Femme nue assise s’essuyant les cheveux ($1m to $1.5m) from around 1902, depicting a female figure after her bath.

Sotheby’s says it will auction additional works “across collecting categories” from the museum throughout the autumn, including at its contemporary and Impressionist and Modern day sales in mid-November and in a dedicated sale of Fabergé objects the same month. Further details will be available in advance of each auction, it adds.

“This effort is designed to support one of the most important functions of any museum–the care for its collection–and comes after several years of focused effort by the museum to build a plan to strengthen its collections, repatriate objects, advance provenance research, improve storage and more,” Anne Pasternak, the Brooklyn Museum’s director, says in a statement.

“While seeing any art work leave our collection can be painful,” she adds, “in no way does the departure of any of these works undermine the core strengths of our collection. All decisions were made with the utmost care and research, guided by industry best practices and laws.”

Pasternak has made clear that the Brooklyn Museum will not deaccession works by living artists. Nonetheless, scholars and museum watchdogs are worriedly monitoring the sales for fear that the relaxation of AAMD rules will dismantle a philosophy of valourising art over covering routine operating expenses.

In previous comments, Christine Anagnos, executive director of the AAMD, has said that the Brooklyn Museum's deaccessioning plans are in accord with the association's revised guidelines. "They have taken all the proper steps in identifying the specific works to deaccession, recognising that collections management is a complicated process and different people have different perspectives depending on their role,” she has said.

The $5.4m that the museum reaped for nine works at Christie's Thursday night auctions included $640,000 for the 1868 Courbet landscape Bords de la Loue avec rochers à gauche and $100,000 for Corot's Italienne debout tenant une cruche from the 1820s. One work failed to sell. The institution is selling two more works through Christie's in sales that close tonight and on 20 October.