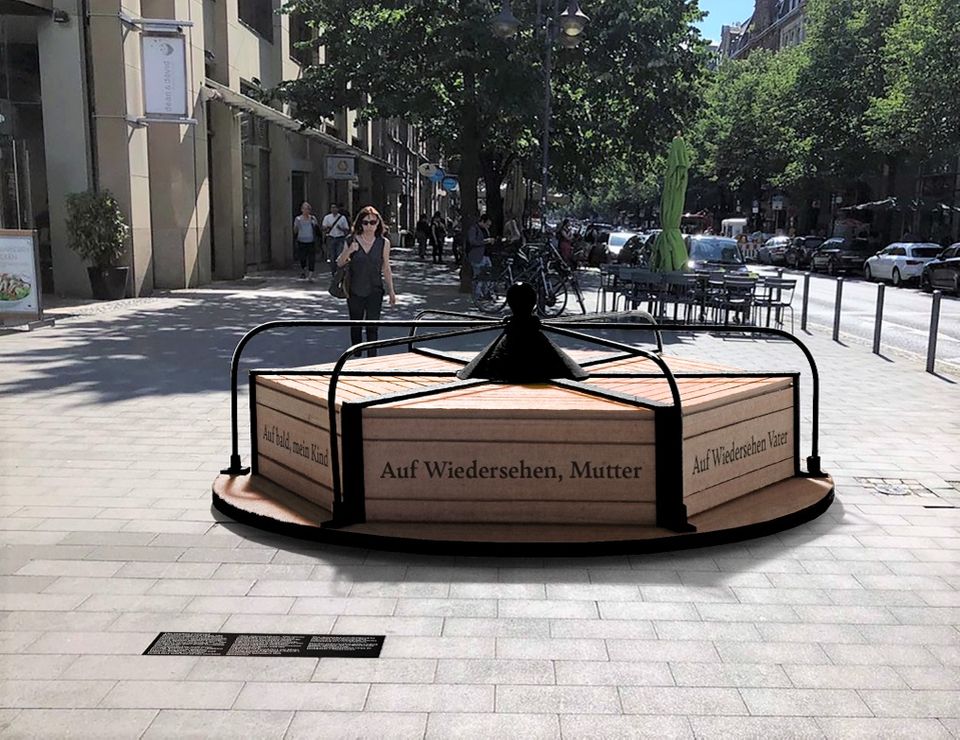 A children’s carousel of the kind installed in British playgrounds in the 1930s has been selected by the city of Frankfurt to commemorate the unaccompanied children on the so-called Kindertransport shipments from Nazi Germany and other occupied territories in the months before the outbreak of the Second World War.

The Orphan Carousel, conceived by the Israeli artist Yael Bartana, features short texts that could be quotations from the children who were saved by exile and from their parents, most of whom were killed in Nazi death camps. One reads “Auf Wiedersehen, Mutter;” another “Auf bald, mein Kind” (“See you soon, my child.”) Around 10,000 mainly Jewish children found refuge in Britain—others were exiled to Belgium, the Netherlands, France, the US, Switzerland and Sweden.

The wood-and-metal carousel can be pushed and mounted but only turns very slowly. It is to be installed at a central crossroads not far from Frankfurt main station as “a statement by the city against growing anti-Semitism and to anchor the history of the Shoah in Frankfurt’s cityscape in the form of a memorial,” according to a press release from the city government.

Bartana’s art often deals with the politics of memory and identity. Her proposal was chosen by a jury including museum directors and members of Frankfurt’s Jewish community.