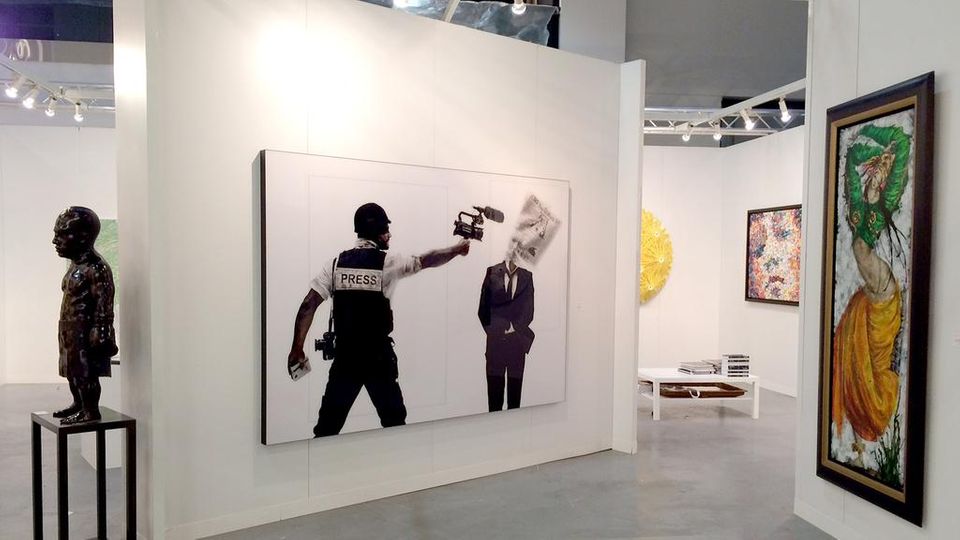 Ali Gureli, the chairman of Contemporary Istanbul, Turkey’s largest art fair, has accused the foreign media of spreading “black propaganda” in its reports of Turkey’s military action against Syrian Kurds.

Describing international press coverage of the attacks as “fabricated news and comments”, Gureli asks the fair’s “art loving friends” to “not take such manipulative news, comments, and posts seriously" and to not allow the "spread of information pollution”.

In a statement sent on 14 October, but dated 14 September, Gureli says: “Turkey’s current operation does not target any ethnic group, nation, or country; rather, it purely and simply aims to neutralise the elements that pose a terrorist threat on a regional and global scale as well as to our country.”

His words echoed those of Turkey’s President Recep Tayyip Erdogan who, in a speech last Friday, also stressed that the military action is “not against Kurds but against terrorist groups”. But Operation Peace Spring has been met with international opposition, with at least 70,000 people having been displaced by attacks on the border towns of Tal Abyad and Ras al-Ayn, according to Kurdish officials.

Members of the art world and beyond have also condemned Gureli’s statement. The journalist and critic Oliver Basciano describes the statement as “insane”. Writing on Twitter, he says: “Quite why they felt need to comment is bewildering, anyway good luck in getting international exhibitors next year!” Basciano tells The Art Newspaper: "The language of the letter was so strong, on an issue so removed from the mundane business of providing a venue in which to sell art, it felt ridiculous. The fact that the letter stank of an abhorrent strain of Turkish nationalism was, for me, awful too."

Hakan Topal, an artist and associate professor of new media, art and design at Purchase College, says the statement is hardly an exception in Turkey. “No one can show political work in Istanbul museums anymore. Works [of a] political nature are overlooked or censored. Art spaces (except DEPO) are focusing on rather cute issues these days.” Jussi Parikka, a professor at the University of Southampton, notes how terms such as “black propaganda” come “directly from government PR”.

Gureli’s statement focuses on Turkish efforts to overthrow the PKK, a Kurdish insurgent group in Turkey. He says: “PKK, in a nutshell, is a brutal organisation that has killed thousands of our people as well as our citizens of Kurdish origin in the south-eastern Anatolia region.” He also notes how Turkey now “hosts over 3.5m Syrian refugees”.

Gureli concludes by saying that the military operation “will not harm the Turkish economy”, which has in fact been “boosted [by] the recent attacks it was exposed to, resulting in upward accelerating economic indicators that reflect positively on the art scene and market”.