Portrait commissioned by Charles Dickens, unseen for a century, goes on sale at Sotheby's London 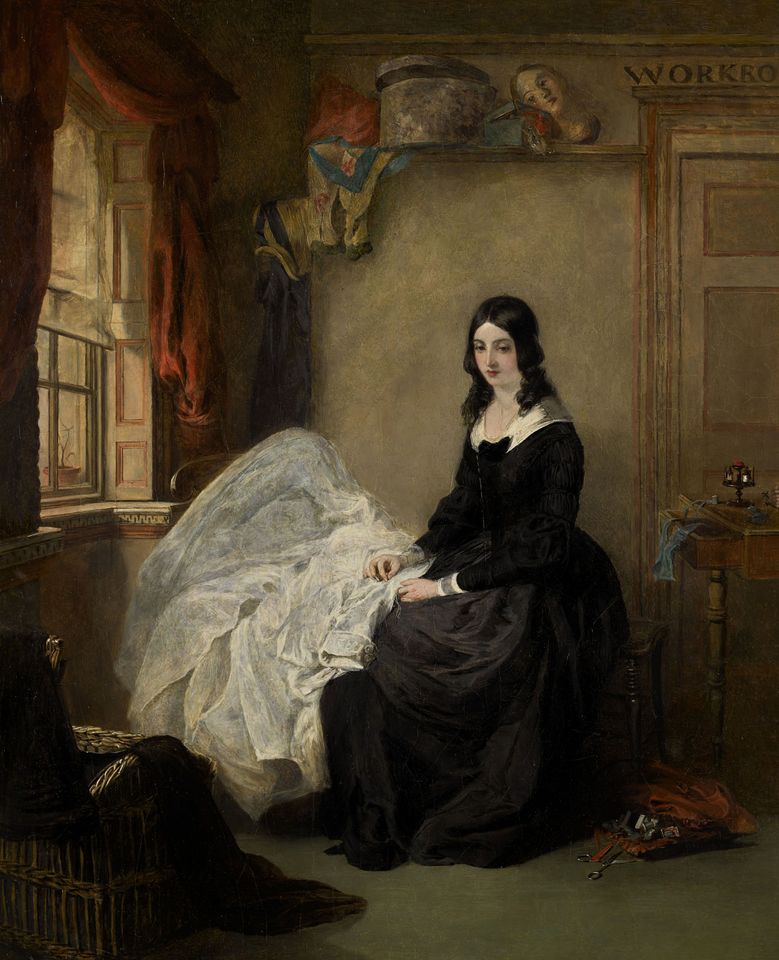 A portrait commissioned by Charles Dickens of his infuriatingly meek heroine Kate Nickleby, eyes downcast over her work as a seamstress, has been rediscovered more than a century after the painting was last seen in public. The work was sold almost 150 years ago after Dickens died worn out from overwork at the age of 58, resurfaced once when she was sold in 1885 to a collector in Ireland, and had not been seen since.

An archive photograph shows Dickens’s dining room at Gad’s Hill Place in Kent, a typically cluttered Victorian interior, with the little painting in pride of place over the sideboard. The house where Dickens died on a sofa in the conservatory survives as part of a school, but the contents were scattered across the world in the sale. 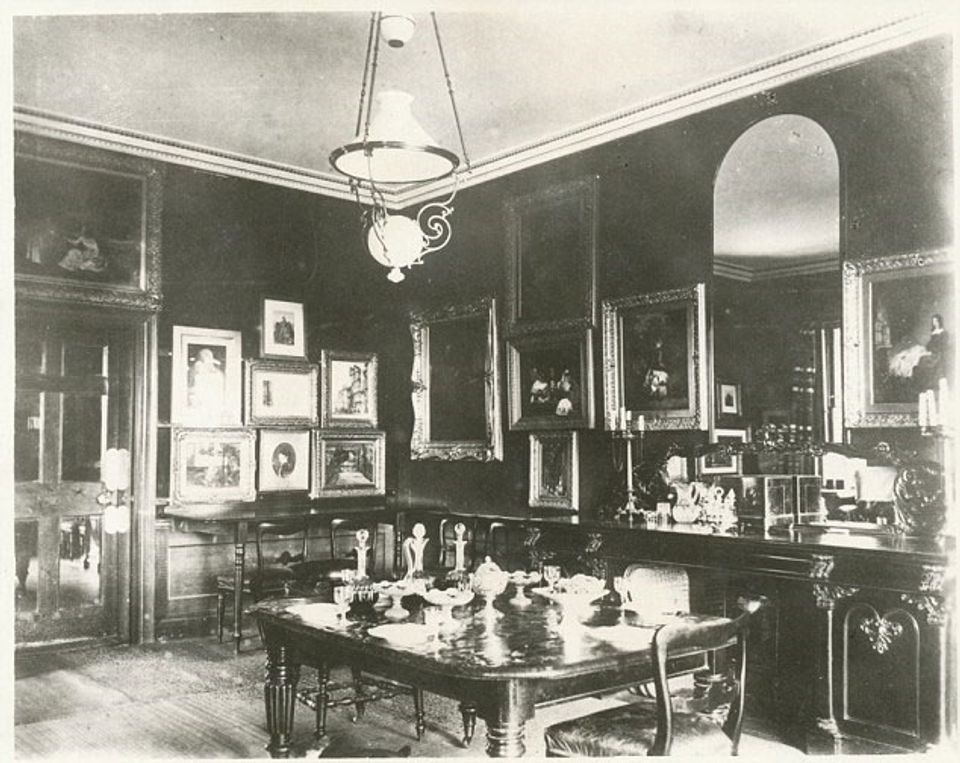 Charles Dickens’s dining room at Gad’s Hill Place in Kent with the portrait over the sideboard on the far right Image: courtesy of Sotheby's

The painting of Kate, the sister of Dickens’s much more dashing hero Nicholas Nickleby, is by William Powell Frith, the Victorian artist more famous for obsessively detailed panoramic views of crowded scenes such as Derby Day. It will be sold at a Sotheby’s auction in London on 10 December. Dickens paid £20 for the small picture in 1842, it fetched 200 guineas in 1870, had fallen to £50 by 1885—the last time the painting was seen in public—and is now estimated at up to £20,000.

The picture was authenticated by Mark Bills, the director of Gainsborough House museum in Suffolk, who spent years looking for the portrait for an exhibition on Dickens and artists that he organised in 2012 when he was a curator at the Watts Gallery in Surrey. He failed then and instead had to exhibit an engraving of it borrowed from the National Portrait Gallery.

Bills, who is also working on a definitive study of Frith’s work, says the artist almost collapsed at the honour of the commission. He was a huge admirer of Dickens, describing him as “one of the greatest geniuses who ever lived”, despite the author’s by then fearsome reputation for falling out with his illustrators, most notoriously with Robert Seymour who was sacked from working on the The Pickwick Papers and subsequently killed himself. Bills believes that Kate, and a companion image of Dolly Varden, a character from Barnaby Rudge now in the Victoria and Albert Museum's theatre collection, were the only ones Dickens actually commissioned himself, and the artist and author remained friends.

Frith recalled in his autobiography that he and his mother wept over the letter asking him to "do me the favour to paint me two little companion pictures".

Dickens came to his studio to collect them in person, and Frith recalled "a young man"—Dickens was 30—"with long hair, a white hat, a formidable stick in his left hand, and his right extended to me with frank cordiality, and a friendly clasp that never relaxed till the day of his untimely death".

The portrait of Kate has now turned up in a private collection in Ireland. “It was wonderful to see the painting after knowing it only as an engraving. It was a work so important to the artist who knew how honoured he was to be entrusted with one of Dickens’s most beloved characters. If any artist was Dickens in paint, Frith was,” Bills says.

Simon Toll, the head of the Victorian and Edwardian department at Sotheby’s, says the Irish family owners cannot actually remember when and how the portrait was acquired, “she’s just always been there,” he says. Although she had survived remarkably in her original frame, restoration work has taken more than a year, including removing clumsy later overpainting.

“She has been given a lot of TLC, and she’s looking wonderful again. Whoever buys her, it will now be known where both she and Dolly Varden are, and they can be reunited again in the next big Frith exhibition.”