Kasmin to gain more than 4,000 sq ft with new space, while Pace/MacGill moves in to Pace's headquarters 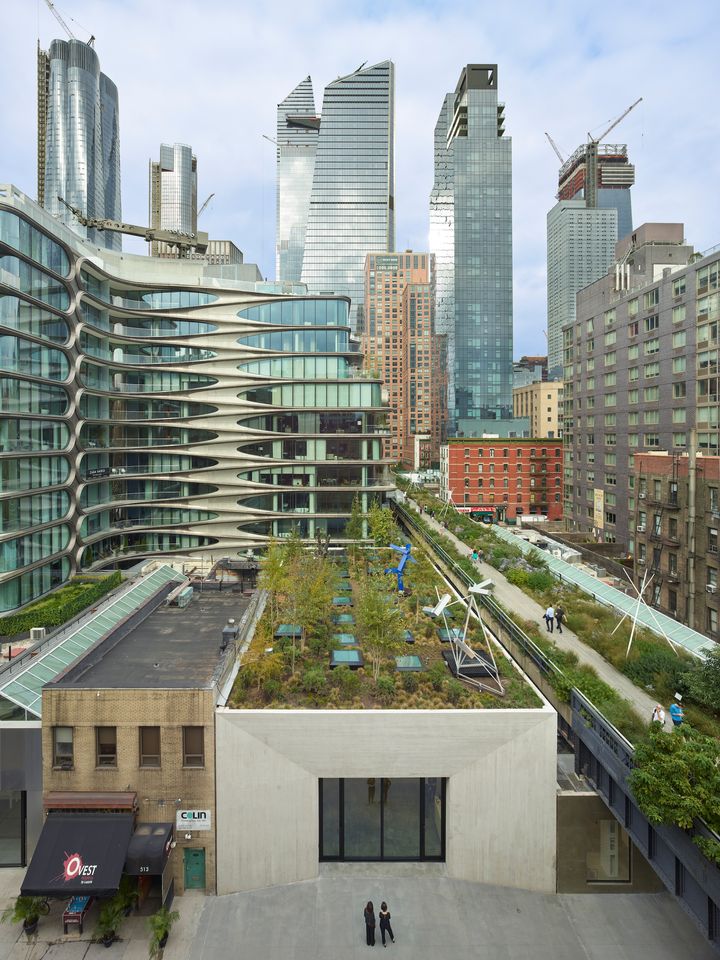 Aerial view of Kasmin's flagship location and rooftop sculpture garden, which is being expanded by more than 4,000 sq ft Roland Halbe

New York’s Kasmin gallery quietly closed one of its leased spaces this month as it gears up to expand. While its location at 515 West 27th Street has closed, construction is underway at 514 West 28th Street, which will boast 3,400 sq. ft of private viewing room and office space and 460 sq. ft of public exhibition space.

The new location, slated to open in the fall, will be connected to Kasmin's 3,000 sq. ft flagship gallery (and 5,000 sq. ft rooftop sculpture garden) at 509 West 27th Street, under Chelsea’s High Line park, via the basement of the Zaha Hadid condominiums next door. The expansion is being led by the New York-based architect Markus Dochantschi of studioMDA, a longtime collaborator who also designed the main gallery.

The expansion “gives us the flexibility to have different types of shows, like large-scale sculpture exhibitions and historical loans from museums, which is an important part of our programme”, says the director Nick Olney.

Meanwhile, Pace/MacGill has closed its standalone space at 32 East 57th Street after four decades to consolidate with Pace’s headquarters at 540 West 25th Street, as its co-founder Peter MacGill recently partnered with the production company Radical Media to develop a streaming platform focused on the history of photography.

The move will allow “new audiences [to] experience the work of photographers alongside painting, sculpture and live events”, MacGill said in a statement. On 14 September, the gallery will open an exhibition of black-and-white photographs by the American photographer Peter Hujar from Richard Avedon’s collection.