The city-formed advisory committee is now asking for public feedback on the works, as well as considering proposals for new monuments Forty-one statues or plaques found throughout Chicago have been identified by the Chicago Monuments Project Advisory Committee, a group organised last summer by Mayor Lori Lightfoot, as being potentially problematic. The city has released a full list of these monuments, which include memorials of wars fought against Native American tribes and several dedicated to the former Illinois Congressman and US president Ambraham Lincoln, and is asking for public feedback.

The committee was formed weeks after Mayor Lightfoot temporarily removed three statues of Christopher Columbus throughout the city in the wake of nationwide protests of racial injustice and police brutality. The Columbus statues have not yet been returned and Mayor Lightfoot has not commented on their future, instead saying that part of the committee’s job will be to assess the best plan of action for them. "This project is a powerful opportunity for us to come together as a city to assess the many monuments and memorials across our neighborhoods and communities—to face our history and what and how we memorialize that history," Mayor Lightfoot said in a statement. "Given the past year and in particular the past summer that made clear history isn’t past, it is essential that residents are a part of this conversation."

Monuments that were flagged are considered to have met one or more of the criteria set out by the committee, such as the promotion of white supremacy, the inaccurate depiction of Native Americans, the memorialisation of an individual associated with acts of racism, slavery, or genocide, and the presenting of a one-sided view of history. A number of the selected monuments depict battles between Native Americans and European settlers, some are figures associated with colonialism such as Christopher Columbus and Leif Erickson, and five are statues of Lincoln, whose views on emancipation were more complicated than the popular history around him might portray. 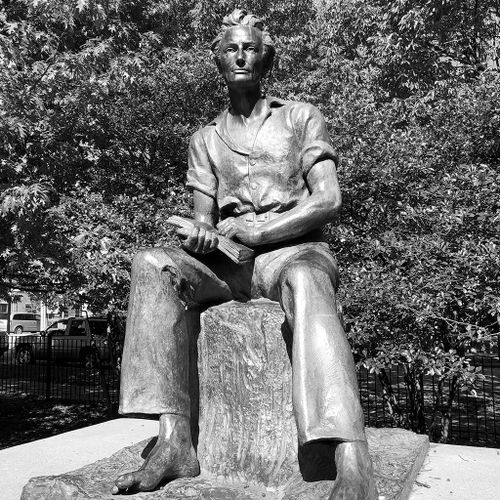 "The Chicago Monuments Project Advisory Committee has considered hundreds of the city’s sculptures and plaques in this critically important process,” said the city’s Department of Cultural Affairs and Special Events Commissioner and advisory committee co-chair Mark Kelly. The project is also currently looking for proposals from community partners to host and facilitate public conversations about the future of these monuments as well as the development of future monuments for previously untold, erased, or obscured moments in the city’s history.

“The City’s public art collection is a defining characteristic of Chicago and it should reflect and respect all Chicagoans,” Kelly says. “The public’s input will now help us evaluate the collection and to commission new works.”