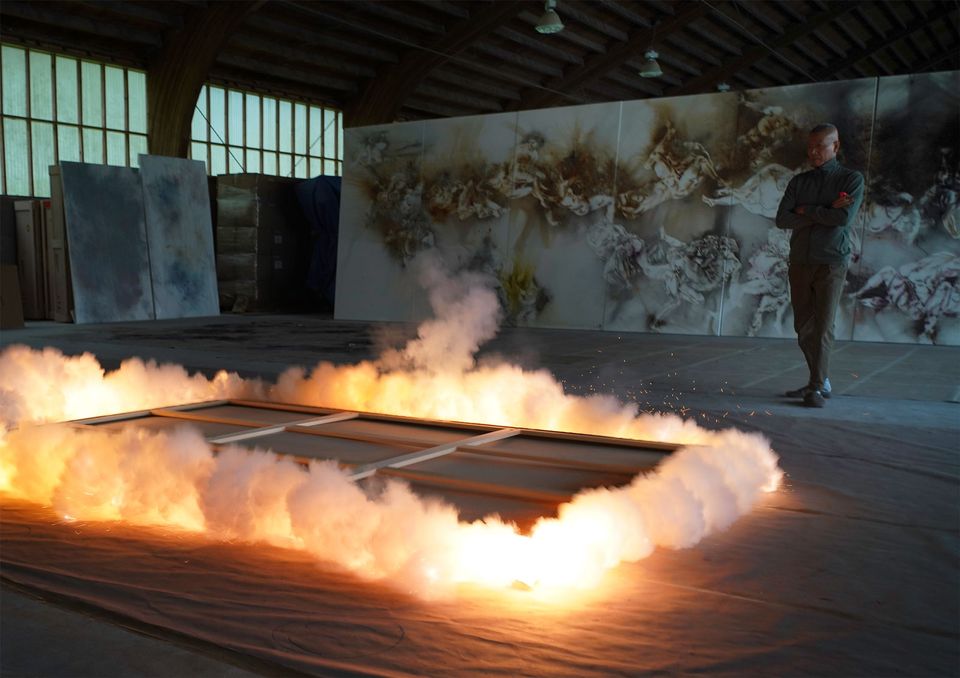 Expect fireworks. Or perhaps not this time, as the Chinese artist Cai Guo-Qiang—famous for his ambitious firework displays—is to have a solo show at the Gallerie degli Uffizi in Florence next month titled Flora Commedia: Cai Guo-Qiang at the Uffizi (20 November-17 February 2019), which will include around 60 of Cai’s gunpowder paintings, as well as sketches made using incense.

The artist gained worldwide acclaim for one of his most daring works, Sky Ladder (2015), that featured a 500-metre-long firework display that rose into the sky in the shape of a ladder. The work was the subject of a 2016 Netflix documentary, following the artist’s progress in the run-up to setting the work alight near Quanzhou, the city of his birth.

The works in the Uffizi exhibition were inspired by time spent at the Italian museum over the past year, particularly in the Department of Prints and Drawings, as well as visits to the nearby Boboli Gardens, designed in the 16th century for the Medici family. The artist also worked with botanical experts to breed floral varieties from the Renaissance period to use as subjects.

“I wanted to purify things this time and focus primarily on painting ‘flowers’,” says Cai in a statement. “Focusing on one theme brought me even more considerations: what else can be done with painting? How can we create good paintings through flowers? How can we paint with liberated release and natural ease, driving the paintings to be bolder and bolder?”

The exhibition is part of a grand tour the artist is making around major Western museums, which he is calling “An Individual’s Journey through Western Art History”. The tour began in 2017 in Moscow with a show at the Pushkin State Museum of Fine Arts, inspired by the October Revolution, followed by The Spirit of Painting at the Museo del Prado in Madrid, inspired by the work of El Greco. The next stop on the journey is the Archaeological Museum of Naples next year.

The exhibition is co-curated by the Uffizi director Eike Schmidt and Laura Donati, the curator of the Department of Prints and Drawings. It has been partly funded by the textile billionaire Silas Chou; the real estate tycoon Cheung Chung Kiu; Art Care Art Consultant Co. Ltd; and the Shanghai International Culture Association.