With no Frieze Art Fair, contemporary art London sales at Christie’s, Sotheby’s and Phillips will now take place at the end of October, when Fiac is due to open in Paris 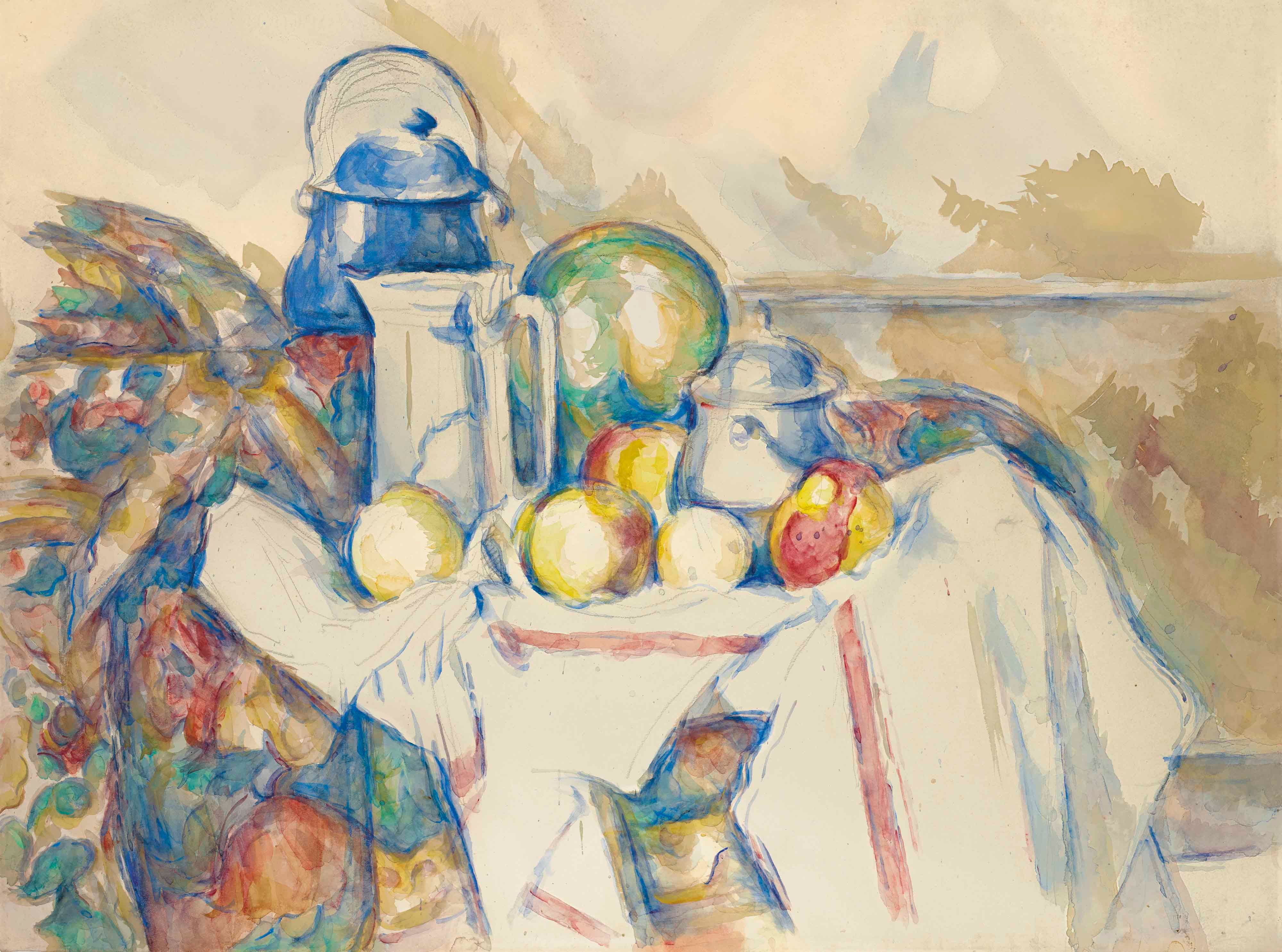 Normally, the art market’s year is punctuated by an auction calendar that is all but set in stone. But this autumn has been thrown into disarray by the ongoing coronavirus pandemic, as auction houses attempt to work out when and where they can hold sales—and in what form.

Christie’s announced today that, on top of its traditional giga-week of sales in New York in November, it is also holding another week of so-called “marquee” sales in the city on 6 and 7 October—the same week Frieze Art Fair was due to take place in London. Among the top lots is Nature morte avec pot au lait, melon et sucrier (1900-1906), a watercolour by Paul Cézanne—his first to come to market in 30 years—which carries a $25m estimate. A spokeswoman says Christie’s will confirm the dates of the November sales in due course, as the auction house “keeps an eye on the larger public health situation”.

Meanwhile, post-war and contemporary evening sales across London’s top auction houses, usually held during Frieze Week, have now been bumped to the end of October when Fiac (Foire Internationale d’Art Contemporain) is due to open in Paris. So far, so clear?

To clarify (and bearing in mind all sales will be live-streamed as auction houses continue to grapple with social distancing): Phillips’s 20th-century and contemporary art evening sale will be held in London on 20 October; Sotheby’s contemporary art evening sale on 21 October; and Christie’s sale dedicated to 20th- and 21st-century art on 22 October, followed by an Italian art and design auction. Christie’s recently merged its Impressionist and Modern and post-war and contemporary art categories into a new hybrid department dubbed 20/21.

Christie’s is also planning “synchronised” sales in Paris on 22 October, starting with 41 sculptures from the collection of the art dealer Paul Haim (est. $15m) and followed by Paris Avant Garde, which features Zhou Wou-Ki’s 31.07.68 (1968; est. €1.1m-€1.5m) among its top lots. The auction house is planning on exhibiting highlights from all sales—transport restrictions permitting—in London during Frieze Week.

The idea was to create a “Frieze to Fiac, London to Paris sale”, according to Giovanna Bertazzoni, the vice chairman of 20/21—although there are question marks over whether the Paris fair will still go ahead. The organisers are said to have been in conversation with exhibitors over the past few weeks, but no consensus has emerged. Dealers are now expected to give their final decisions on attendance by 4 September.

The catalyst for back-to-back auctions in Paris and London came, Bertazzoni says, from Christie’s marathon One auction in July. “There was this banter between [auctioneers] Jussi Pylkkänen and Cécile Verdier, and a lot of bidding in London on French artists. It was a very European moment and a lot of fun,” she says. “The question then was: how do we convert that energy?”

With a no-deal Brexit on the horizon, can we expect to see more collaboration between the London and Paris offices? Bertazzoni says Christie’s is “certainly looking into how we can collaborate as best as possible from now on and anticipating what is going to happen in January”.

Meanwhile, Bertazzoni says the decision to “front load” the season with early October auctions in New York was mainly driven by the “pent up energy that’s in the air in terms of buying potential, and the willingness to exploit this”.

She adds: “We thought better to anticipate things a bit. First of all, we don’t know what’s going to happen in terms of Covid, but we also know that New York is getting back to normal in some ways now. Some schools are reopening and there is a return to the city from the Hamptons, which we wanted to capitalise on.”

It is not clear, however, if Sotheby’s will follow suit or just stick with its traditional November dates, as Phillips has done (11 and 12 November). A spokeswoman for Sotheby’s says details of the firm’s marquee autumn in New York “will be shared in due course”. A new mid-season Impressionist and Modern online sale will run from 6 to 14 October.

As for consignments, Emma Baker, the head of Sotheby’s London contemporary art evening sale, says business is “already looking promising” for October, “with some exciting consignments already confirmed”. She adds: “Consignors feel reassured by what they’ve seen in our salerooms in recent months."