Records set for Tschabalala Self and Kara Walker as a new wave of works by contemporary artists come to auction—bucking the pale, male and stale status quo 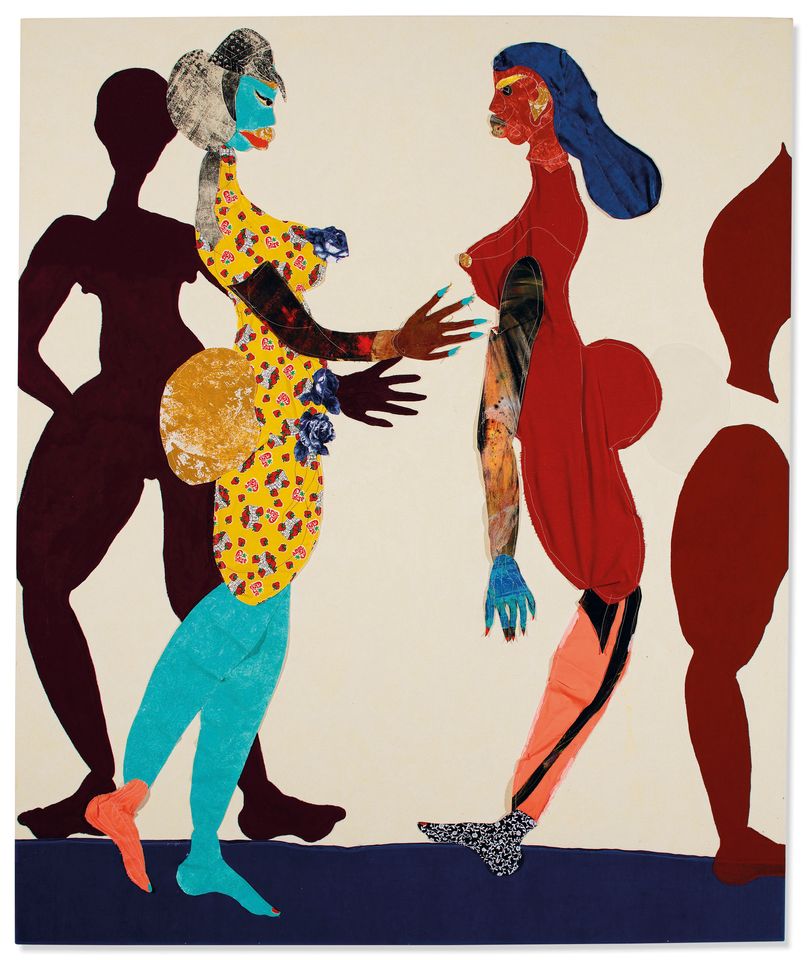 In 2014, emerging artists were riding a wave in the market, but in the less frothy years that followed, collectors turned to more tried and tested post-war works. Could we now be witnessing a return to the contemporary?

Possibly, if last night’s slim but well-paced post-war and contemporary sale at Christie’s in London—the auction house’s first in June in two years—is anything to go by.

Of the 34 lots on the block, more than 45% of works were created in the past 20 years and 17% in the past five years. You could almost smell the paint drying on Jonas Wood's monumental, cartoon festooned pot painting, Diet 7Up Frimkess Pot (2016), which went not to its guarantor but to the US specialist Barrett White on the phone for £1.3m (£1.6m with fees).

New York’s “Giga week” of auctions combined with the Venice Biennale and Art Basel can make consigning for the June sales in London a headache, but, according to Katherine Arnold, Christie’s co-head of contemporary art in Europe, collectors are hungry for fresh material by less-well known names.

“What the market actually wanted this season was a tighter, smaller sale, which had a smaller group of masterpiece artists. And to keep it fresh,” she says, noting that, with 30% registration from Asia, it was important to engage new collectors at lower price points.

Indeed, fresh material by young contemporary artists formed the bulk of the sale, and the market responded with gusto. The 29-year-old New York-based artist Tschabalala Self’s first appearance in a Christie’s evening sale was met with roaring approval, prompting some of the most spirited bidding of the evening. As the lot came up, the night's auctioneer Jussi Pylkkanen noted there were 19 registered phone bidders, but it was Self’s London dealer Pilar Corrias and Jose Mugrabi in the sale room who duked it out until the end.

Corrias declined to comment on primary market prices, but, describing the auction market as “very fickle”, stressed that galleries “have a responsibility to keep an artist’s primary market stable”. She adds: “We are committed to placing Tschabalala’s work in museums and institutions internationally, and with collectors who truly support her as a young artist.” 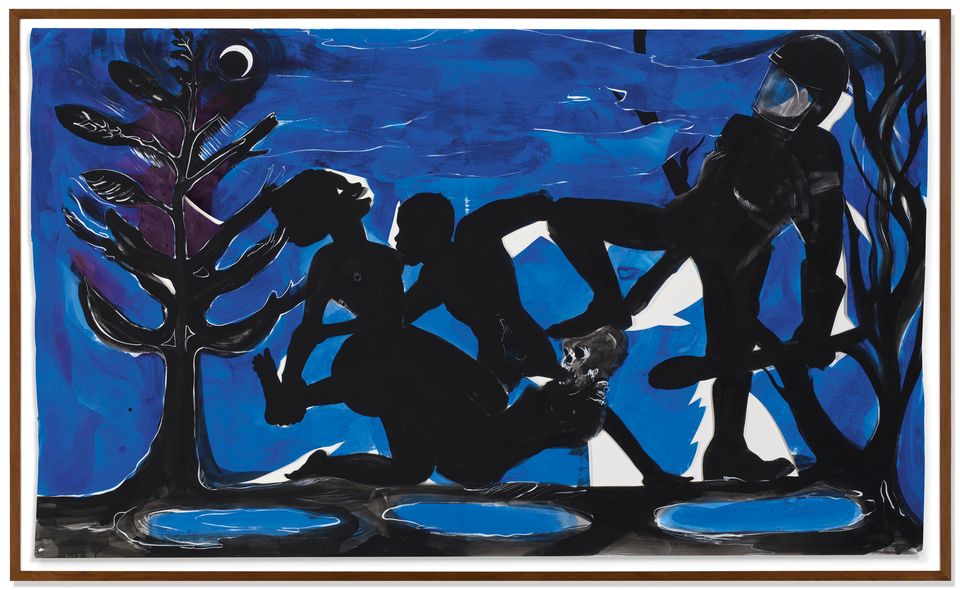 Another record was set for Kara Walker’s Four Idioms on Negro Art #4 Primitivism (2015), an unusually bold choice for auction depicting a ménage à trois involving a skull being interrupted by an armed policeman wielding a phallic baton. It went for £320,000 (£395,256 with fees) on the phone to an anonymous bidder, a sum that looks cheap given Walker’s commission for the Tate Turbine Hall, due to be unveiled later this year.

Anxious to not be left behind in the pale, male and stale stakes, auction houses have tried to redress the gender balance of these sales, and Dana Schutz and Rose Wylie also featured last night. But, as ever, quality is paramount and Wylie’s lacklustre double canvas, Black Stork (2012), was one of two works to go unsold.

The other was Ron Mueck’s toothy stuffed dog, Mongrel (1996), which Pylkkanen likened to Christie’s post-war and contemporary chairman of the Americas, Alex Rotter, to much laughter in the sale room. Reputed for his ferocious dealmaking, not least evidenced in the recent sale of the $91m Koons bunny in New York this past May, Rotter’s Instagram handle is @rottweilernyc, so the canine analogy is not wholly unfair.

Mugrabi, meanwhile, is known for his vast collection of Warhols and Basquiats, and he looks set to similarly transform former outsiders KAWS and Banksy into the next trophy artists. He snagged a third-party guaranteed KAWS Companion painting from 2013 for £1.5m (£1.8m with fees).

Consulting with former Sotheby’s chief financial officer, Adam Chinn, who was sat next to him in the sale room, Mugrabi also underbid on a rare, early Banksy from 2000 depicting the Mona Lisa cradling a machine gun with a bullseye target on her forehead. Far from "classic" Banksy, the painting went on the phone to Rotter for its low estimate of £600,000 (£731,250 with fees). It last sold at Sotheby’s in 2008 for £168,500, representing a fourfold increase in value in just over a decade.

Mona Lisa was one of six works to be guaranteed by a third party at the eleventh hour (possibly by Mugrabi), bringing the total to 11. Overall, the sale made £38m (£45.2m with fees), just above the low pre-sale estimate of £36.5m and roughly on a par with the equivalent auction in 2016. The sell-through rate was a robust 94%.

So, will the inconstant contemporary summer season prevail in London? Katherine Arnold says she expects Christie’s to return next year with a similar sized sale. Hopefully by then, we may even have clarity on Brexit.