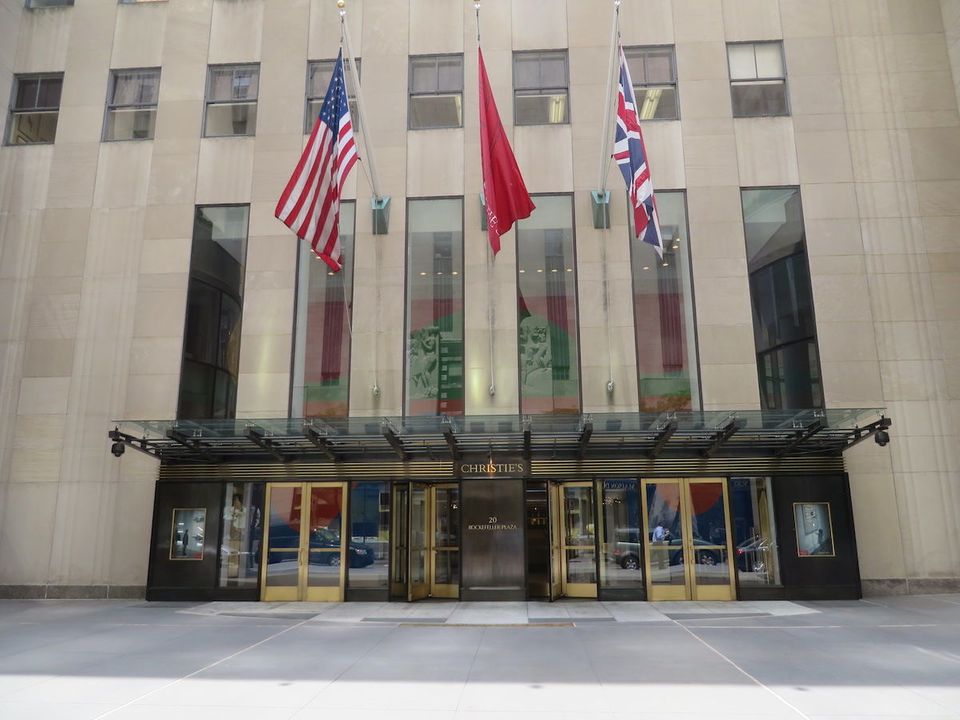 Christie’s has agreed to pay $16.7m to settle Manhattan prosecutors’ allegations that the auction house failed to collect New York state sales tax on private sales made over the course of five years up until 2017.

The settlement, announced by the Manhattan District Attorney’s (DA) office on Thursday, follows a lengthy investigation into whether $189m in private sales conducted by Christie’s sales team in London should have been taxed in New York. Prosecutors say the state’s sales tax would have to be collected if there were a “nexus” with New York, such as if the art was intended to reside there.

According to documents released by the DA, the auction house failed to collect sales tax on works sold by foreign offices but delivered to customers in New York between at least July 2013 and January 2017. Additionally, the DA says that Christie’s attempted to consolidate its international private sales operations in a division operated out of London having been counselled incorrectly by a tax adviser that it would not need to collect New York tax on sales to New York clients as a result.

The Manhattan District Attorney Cyrus Vance says that the adviser no longer works for Christie’s and that the settlement agreement took into account the auction house's cooperation with investigators.

“For the past several years Christie’s has worked in cooperation with the Manhattan District Attorney’s Office to resolve specific issues created as a result of incorrect tax advice Christie’s received regarding the application of sales tax obligations for specific non-U.S. affiliates,” a Christie’s spokeswoman says in a statement. “The company has since reviewed its advice and internal processes to ensure compliance with relevant tax law.”

Private sales still account for a sizeable amount of Christie’s annual revenue. In 2019, the auction house reported an increase in private sales of 24% to $811m (accounting for 15% of total sales). Over the past few years, the firm has bulked up its private sales division—especially when markets have dipped and, with it, clients’ confidence to sell publicly at live auctions—adding salespeople in its London, Paris and Hong Kong offices.

The multi-million-dollar settlement with the DA comes just after Christie's has had to furlough 40% of its staff (around 300-400) across Europe, the Middle East and Africa due to coronavirus (Covid-19)-related shutdowns and financial losses. The auction house has also made some cuts among consultants and temporary staff and introducing a voluntary 10%-20% temporary pay cut for the top 30% of earners at the firm. In March, 95% of the 500 staff approached agreed to take the pay cut, which is meant to be paid back once the firm's finances stabilise.