Citing killing, Walker Art Center says it will suspend use of police services for special events 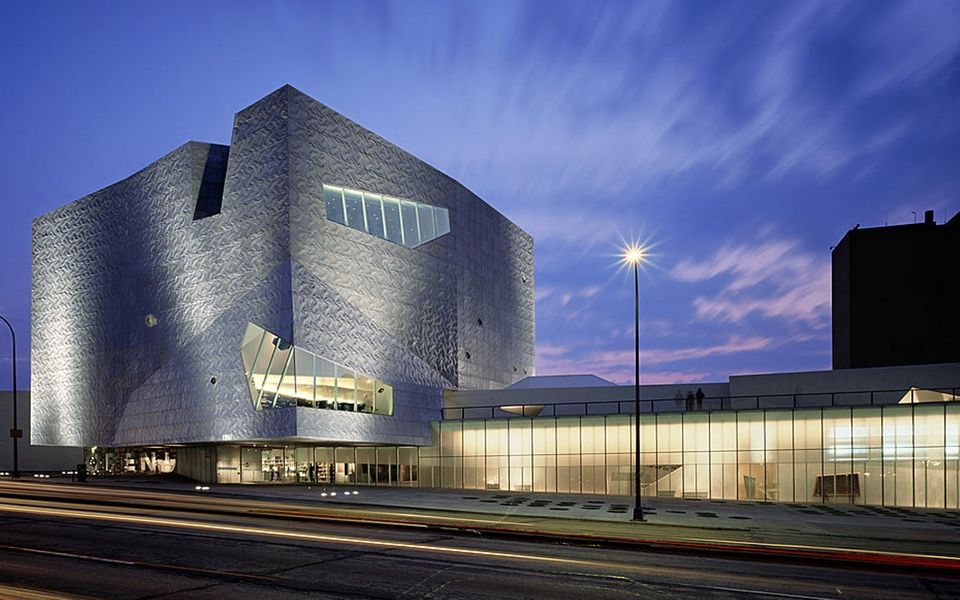 Declaring that George Floyd should still be alive, the Walker Art Center announced today that it would no longer contract for the services of the Minneapolis Police Department for special events until the department remedies policies linked to the man's killing in police custody nine days ago.

The city and dozens of others across the US have been rocked by massive protests since a police officer pressed a knee down on Floyd’s neck in the street in South Minneapolis on 25 May as he begged for air, culminating in his death. Today, after the Walker made its announcement, charges against that officer were upgraded to add second-degree murder, and three other officers were charged with aiding and abetting murder and manslaughter. All four were fired last week.

“The Walker will no longer contract the services of the Minneapolis Police Department (MPD) for special events until the MPD implements meaningful change by demilitarising training programs, holding officers accountable for the use of excessive force, and treating communities of colour with dignity and respect,” the Walker says in an Instagram post. “Enough is enough. George Floyd should still be alive. Black Lives Matter.”

The museum has been closed since 14 March in response to the coronavirus pandemic and has not yet set a date for reopening or for reinstating special events. Mary Ceruti, the Walker’s executive director, says it has paid off-duty police officers for crowd-security services in the past for two major annual events: its annual Rock the Garden summer music festival and its fall gala. The music festival was due to be held this year on 20 June but has been cancelled because of the coronavirus. The October gala, which has relied on police services when it had a big outdoor component, has been cancelled as well.

“It is a symbolic policy decision, but symbols can be powerful, which is what led to the notion that we should actually make it a public statement” today, Ceruti said of the Walker's decision in an interview. “There are obstacles in the way Minneapolis is governed, and I’m not an expert on police reform, but I believe in reform.”

Ceruti said that the museum was spurred to renounce contracted police services last week after the University of Minnesota announced that it would no longer be relying on such services for events like football games, concerts and ceremonies. On Tuesday, the Minneapolis School District then announced that it would terminate a contract providing for the use of the police as resource officers. And the city's Park and Recreation Board is due to vote tonight on resolutions to stop using city police to staff park events and block board officers from responding to local police calls.

Art museums have meanwhile been under pressure in recent days to respond more aggressively to Floyd’s killing and to the issue of racial justice as officers face off with urban protesters across the nation. Critics argue that museums’ commentary has in some cases been anodyne and blind to the art world’s own domination by white elitism.

Asked about the criticism, Ceruti said, “There has been a critique of museums going on for some time, and museums have acknowledged for many years that they are not as reflective of the communities they serve as they should be. People say that museums have not done all that they promised, and they need to do better and we need to hear that.”

“People need to make those commitments and follow through,” she added.

The Walker’s Instagram post about rejecting police services swiftly drew over 8,000 likes and a stream of congratulatory remarks, although some commenters questioned the possibility that police practices would change. “There is no UNTIL MPD GETS BETTER,” one user wrote. “Listen! Divest entirely!”

On Tuesday, the Walker also took part in a so-called #BlackoutTuesday protest after an appeal by American music executives to mourn Floyd’s death and underline racial inequality by pausing work. As the demonstration morphed on social media, millions including the Walker opted to observe the occasion by posting stark black squares on Instagram. Yet the move drew some negative feedback from commenters who felt that the museum was taking the easy way out.

“This is unacceptable,” one Instagram user wrote. “You are contributing to the silencing of the movement/work being done to bring awareness to what is happening to the ‘community’ you claim to support. When do you plan on actually putting in work?”

Ceruti, however, said she saw the #BlackoutTuesday protest as a meaningful “digital public memorial”. “There’s a lot of noise and anger, which is understandable,” she said, “but it seemed like a moment for saying, let’s just pause and remember that somebody lost their life.”