Collection of Balthus drawings and paintings to be sold for €1.2m—so why no mention of his infatuation with pubescent girls?

The works are from the estate of the artist’s teenage “muse and model” Frédérique Tison, who was also his step-niece 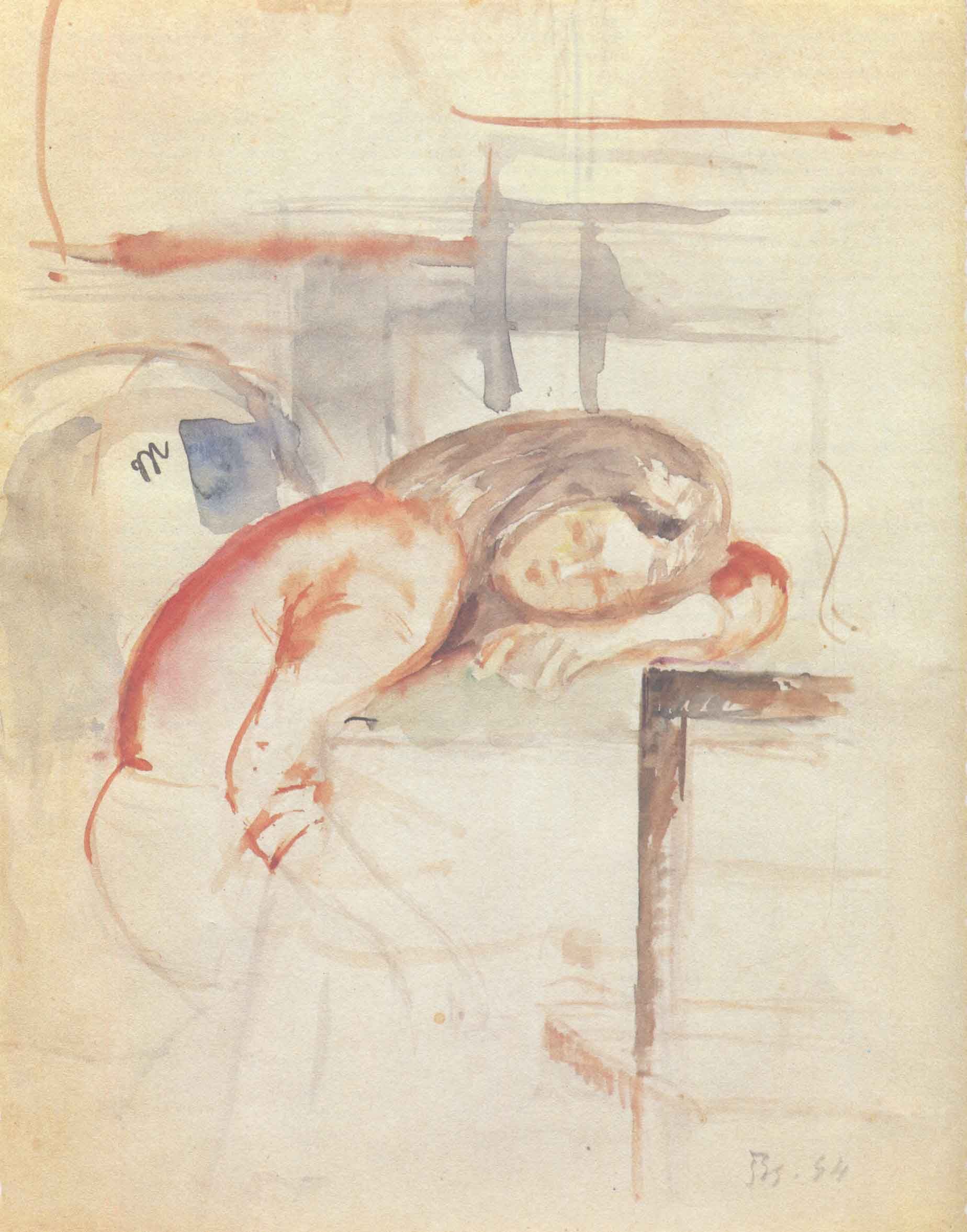 A study for Jeune-fille assoupie by Balthus, included in the Artcurial auction © Artcurial

Nearly 150 drawings, watercolour and paintings by the French-Polish artist Balthasar Klossowski de Rola, better known as Balthus, are being auctioned in Paris in December with a €1.2m to €1.7m estimate. But, curiously, given the collection is being sold by the estate of Frédérique Tison—Balthus’s teenage muse and step-niece—no mention has been made of the artist’s pre-occupation with pubescent girls.

Several of the works being sold by Artcurial are of Tison, though dozens more depict other young and adolescent girls. A handful stand out, notably a 1934 crayon study for Balthus’s most notorious painting, The Guitar Lesson, in which a bare-breasted woman holds a half-naked schoolgirl across her lap and strums her genitals. The sketch, of a near naked girl, carries a €4,000 to €6,000 estimate. Other studies show girls drawing on their hands and knees or leaning against chairs, skirts slightly hitched.

Of those of Tison herself, three are watercolour sketches of her looking through an open window at the Château de Chassy in Bourgogne, where she lived with Balthus from 1954 until he left in around 1961-2 (the artist later gifted her the castle). They are studies for Balthus’s 1955 and 1957 paintings of the same title, Jeune fille à la fenêtre; the most expensive study is expected to fetch €10,000 to €15,000.

Balthus’s pre-occupation with pubescent girls has been well-documented. Writing in the New Yorker magazine in 2013 on the occasion of Balthus’s retrospective at the Metropolitan Museum of Art, the critic Peter Schjeldahl questions: “Was Balthus a pedophile? His interest, if not lust, didn’t stir before his subjects’ pubescence, but it waned in their late teens.” In 2014, the Museum Folkwang in Essen, Germany, cancelled an exhibition of Balthus’s Polaroids taken of an underage female model over a period of eight years due to concerns the show “could lead to unwanted legal consequences”.

Tison’s own experience is not considered in the auction catalogue—Artcurial says it “does not intend to write the biography of Frédérique Tison”. Rather, the auction house “endeavours to address Balthus’s graphic output [and] his work as a painter during his time at Château de Chassy which is his most prolific”. An emphasis has been placed on his landscapes and large-scale interiors.

There is no mention of fact that Balthus was Tison’s step-uncle, despite Balthus being “effectively in loco parentis” for Tison, says the writer Emma Crichton-Miller, who met Tison at the Château de Chassy when filming a documentary in the late 1990s. Tison went to live with Balthus at the castle in 1954, when she was around 16. Her father had been executed by the Nazis as a member of the resistance, and her mother, Denise, was deported to Ravensbrück for resistance activities from where she escaped, later marrying Balthus’s brother Pierre Klossowski.

Writing in the catalogue, the artist Romain Barelier, a family friend of the Tisons, describes Tison as Balthus’s “young girlfriend” and “muse”. Of Balthus’s decision to gift Tison the chateau, Barelier writes: “Balthus, with good grace and mindful of what she would become, offered Frédérique his castle in the Morvan, where they had worked together on their creations from 1953 to 1961 and had also lived out their romance.”

The question of romance remains thorny. As Crichton-Miller puts it: “Balthus was undoubtedly aroused—sexually and creatively—by pre-pubescent girls. I understand from our interviews with the girls he drew when at the Villa Medici in Rome and the 13-year-old model he drew when living at Rossinière that he did not touch them and they did not feel uncomfortable when posing for him. He undoubtedly exploited Frédérique, however, who was just that bit older. Because she fell in love with him when he was effectively in loco parentis, as her step-uncle.”

Barelier’s recollection is slightly glossier. Describing Balthus as a “loving and generous man, rather like a character from a novel”, he says Balthus “made sure that throughout her life, his muse, Frédérique would never be in need”. He adds: “Effectively, along with the castle, Frédérique Tison bequeathed to her three children, nothing less than a veritable artistic treasure.”