The property was once home to Paul Schultze-Naumburg, a leading proponent of Nazi cultural policy 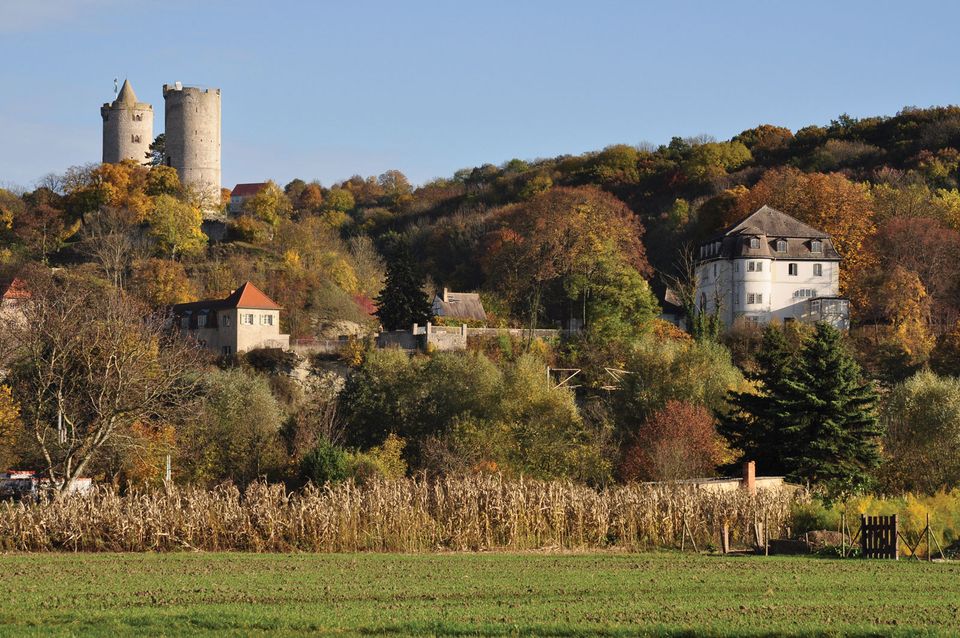 Egidio Marzona, a major art collector whose donations to Dresden and Berlin are prompting both cities to build new museums, has purchased an abandoned castle with a chequered past near the eastern German city of Naumburg to host a design academy that aims to begin operating next year.

The Design Academy Saaleck plans to offer six-month stipends to work on individual and joint projects with a special focus on climate, sustainability and new technologies to 16 emerging designers, craftspeople or architects from around the world each year. In a pilot project next year, it plans to offer four stipends.

The founders also intend to hold an annual convention uniting leading international academics and practitioners in the fields of design, architecture and craft, uniting leading international academics and practitioners, according to Arne Cornelius Wasmuth, the foundation’s director. They aim to generate funds by letting out the complex to companies for retreats and conferences for the six months of the year it is not in use by the Design Academy. The foundation is also negotiating with private sponsors, Wasmuth says.

Nestled in a bucolic landscape of woods, hills and meadows in the Saale valley, the castle at Saaleck in the state of Saxony-Anhalt is where Paul Schultze-Naumburg, an architect whose designs include the palace at Cecilienhof in Potsdam, built his home and workshops from 1902 to 1904.

An important voice in the Deutscher Werkbund art and crafts association before the First World War, he later became a leading proponent of Nazi cultural policy. He is best known for his book Kunst und Rasse (Art and Race), in which he published images of mentally and physically disabled people alongside reproductions of Modern art to reinforce the idea of Modernism as a sickness.

His Saaleck base became a kind of “think-tank for totalitarian and racist ideologies” during the Weimar Republic, according to a report by Ulrike Wendland, a regional heritage official. Schultze-Naumburg sold the property in 1933.

Under East Germany’s communist regime, the complex served as a residential care home for the elderly, but it has lain empty since 1995. Wendland’s report describes it as an “uncomfortable monument” and “a place of memory of national importance” that represents clashing historical and art historical movements of the early 20th century.

The foundation’s long-term plan includes building a documentation centre to shed light on Schultze-Naumburg’s life, work and career, Wasmuth says. Marzona, who founded a publishing company and began collecting art in the 1960s with a focus on arte povera, Surrealism, Futurism, Dadaism and land art, was immediately interested in the Saaleck project when Wasmuth broached it.

Schultze-Naumburg “is unquestionably a piece of the mosaic of the history of Modernism, even if he incorporates the reactionary – the antithesis of Modernism,” Wasmuth says. Saaleck, he says, is “a place we have to preserve, lest we forget.”

The Marzona Foundation acquired the Saaleck property in 2018 and the German government has approved a grant of €7m towards the site’s renovation. The state of Saxony-Anhalt has yet to sign off on a further €3m.

Wasmuth says that outreach work with local craftspeople will also be an important part of the academy’s remit. The foundation has already hatched plans to cooperate with the Burg Giebichenstein university of art and design in Halle to renovate the site.

The rural region around Naumburg has a high proportion of voters for the far-right Alternative for Germany. For Wasmuth, this is a good reason to both commemorate the history of the site and to introduce a new, international, forward-thinking institution to tackle global challenges in design and architecture.

“In this place where we will remember the darkest chapter of our history, we will push back against pressure from the right and populism,” he says. “This ‘uncomfortable monument’ should become a centre for free exchange and an international, liberal breeding-ground for innovative ideas.”