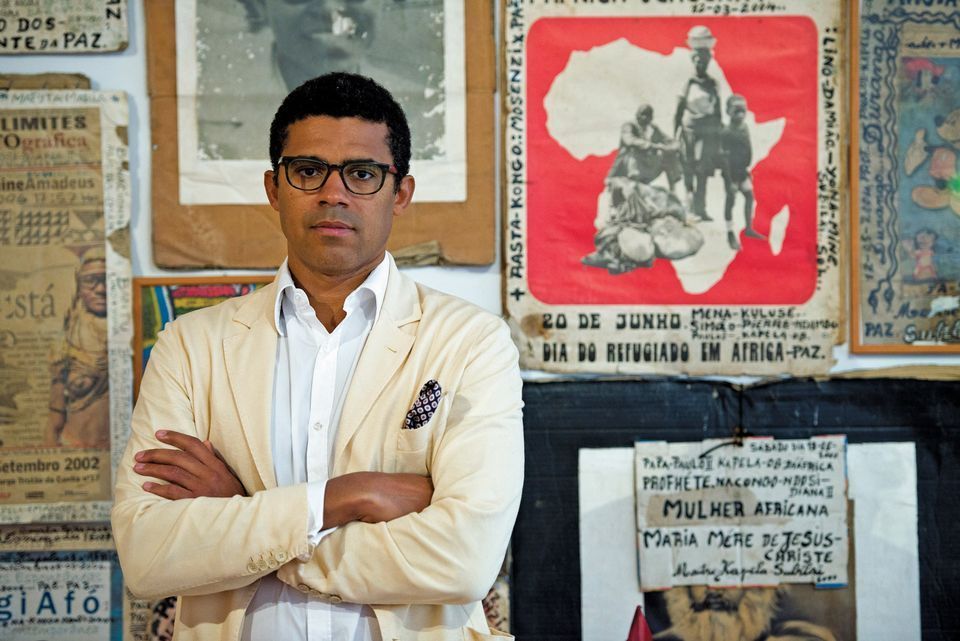 Update: On 30 October, after this article was published, Isobel dos Santos posted the following official confirmation on Instagram: “The Dokolo family, his wife, children, mother, brother and sisters have the deepest sorrow and immense sadness to announce the passing of Sindika Dokolo, which occurred this Thursday, October 29, 2020 in Dubai.”

The death of Sindika Dokolo, the Congolese-born art collector whose business was under investigation for corruption by authorities in Angola, has been reported by several sources including the Portuguese Lusa News agency.

According to Congolese and Angolan media, Dokolo, 48, died in a scuba-diving accident in Dubai yesterday, although there has been no official confirmation so far. As reports began to emerge, Dokolo’s wife, Isobel dos Santos, posted a picture on Instagram of her, Dokolo and one of their children with the caption: “My love…”

Leading art world figures have begun to pay tribute on social media to Dokolo, who campaigned for the repatriation of art plundered from Africa, successfully locating 15 looted works in Western collections and negotiating their return. Speaking to The Art Newspaper in 2014, Dokolo said that righting the plunder of Africa’s heritage “should be no less urgent” than the restitution of art looted by the Nazis.

Today, Touria El Glaoui, the founder of the 1-54 contemporary African art fair, described Dokolo as “one of our most important defender[s] of African art”. She says: “So saddened by the loss of Sindika this morning […] All my thoughts and prayers are with his family. Our world will miss you.”

Claes adds: “Sindika Dokolo was one of those art lovers who does not sleep, the very ones who contemplate objects for hours and with whom you can spend the night discussing a work […] The Congo is losing one of its worthy sons, the African art world is losing one of its greatest defenders and collectors, and I am losing a very great friend.”

The South African-born artist Kendell Geers says he was “deeply shocked” by the news of Dokolo’s death. He adds: “He was a beautiful, sincere, generous and courageous person, committed to his family and friends. He inspired me with with courage and gave me strength with his faith in art. The world is a darker place without his bright shining light.”

However, others have hinted at a murkier side to the story. Responding to reports of Dokolo’s death, Ana Gomes a former European Parliament member, wrote on Twitter: “Strange. Very strange …”. In November 2019, Gomes filed a complaint in Portugal against Dos Santos, alleging that she laundered money siphoned from Angola through the Portuguese firm Banco BIC.

Dos Santos, the daughter of José Eduardo dos Santos, Angola’s former president, and the richest woman in Africa with an estimated fortune of more than $2bn, has been accused of exploiting poverty-mired Angola, taking a cut of the county’s wealth and parking it abroad with the help of an elaborate web of lawyers, bankers and accountants.

According to a vast investigation published in January this year by the International Consortium of Investigative Journalists (ICIJ) dubbed the Luanda Leaks, more than 400 companies and subsidiaries in 41 countries were found to be linked to Dos Santos or Dokolo, including 94 in secrecy jurisdictions such as Malta, Mauritius and Hong Kong.

The same month, the Angolan government froze Dos Santos and Dokolo’s assets and bank accounts in a bid to to recover $1bn in state loans Dos Santos allegedly borrowed and failed to repay during her father’s term in office. In March, a Portuguese judge ordered the seizure of all assets owned by Dos Santos in Portugal, although it is not known whether this covers Dokolo’s 3,000-strong art collection, which includes contemporary pieces by William Kentridge, Zanele Muholi, Edson Chagas and many more.

Dos Santos has vigorously denied any wrongdoing, labelling the charges against her a government-contrived “witch hunt” designed to destroy her reputation and deflect from Angola’s current economic problems.