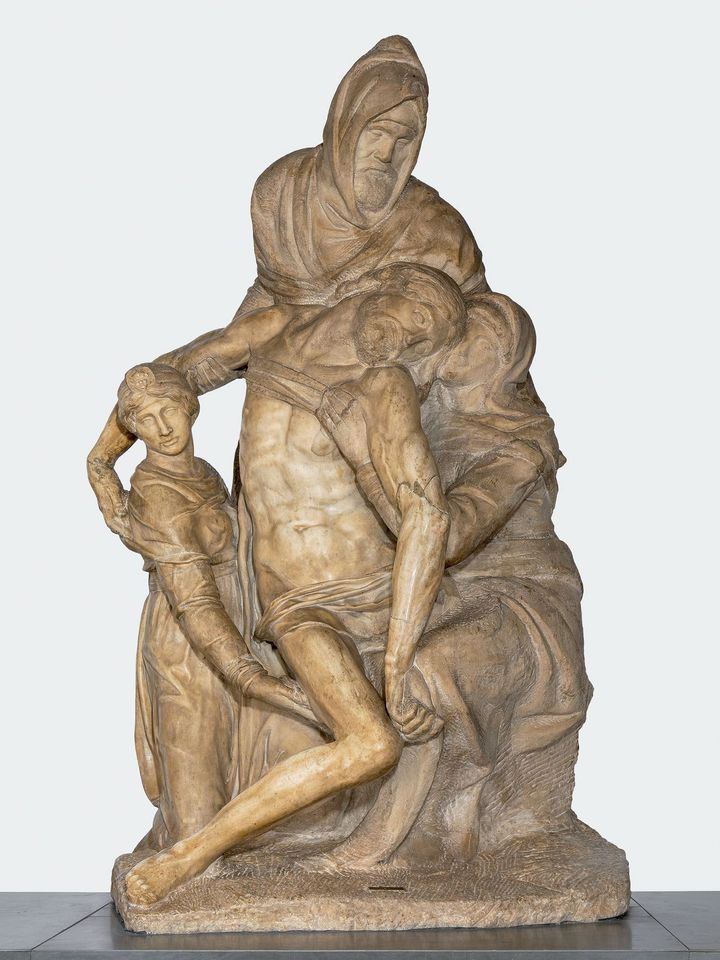 Experts are poised to begin the restoration of Michelangelo’s marble Pietà at Florence’s Museo dell’Opera del Duomo in full view of the public, the philanthropic group known as the Friends of Florence and the nonprofit Opera di Santa Maria del Fiore announced today.

The sculptural group, on which Michelangelo worked from 1547 to 1555, when he was about to turn 80, depicts Jesus Christ after his descent from the cross, supported by the Virgin Mary, Mary Magdalene and an aged Nicodemus, who bears a resemblance to the artist himself. Michelangelo famously destroyed parts of the sculpture and left it unfinished out of frustration with his progress and the quality of the marble.

Over the centuries, the work has accumulated dirt and candle wax and undergone interventions in which iron rods were inserted to repair breakages, says the conservator Paola Rosa, who will lead the restoration. Friends of Florence is financing the conservation project, which was commissioned by the monument watchdog group the Opera di Santa Maria del Fiore and is expected to continue until early summer next year.

Conservators will work on a stage that has been installed around the base of the sculpture. “We’re making the restoration part of the visitor’s experience,” says Timothy Verdon, the director of the Museo dell’Opera del Duomo, Florence’s cathedral museum. The public will be able to view the work being done and peruse a detailed history of the sculpture along with a video about the conservation effort, he adds.

The effort will begin with a detailed analysis of breakages and other aspects of the sculpture’s condition in coming days. “The dirt is the first issue,” Verdon says. “As far as we can judge, it has never had an in-depth cleaning.” The stains from candle wax will also be addressed, he says, along with traces of discolouration that resulted when a cast was made of the work in the late 19th century. 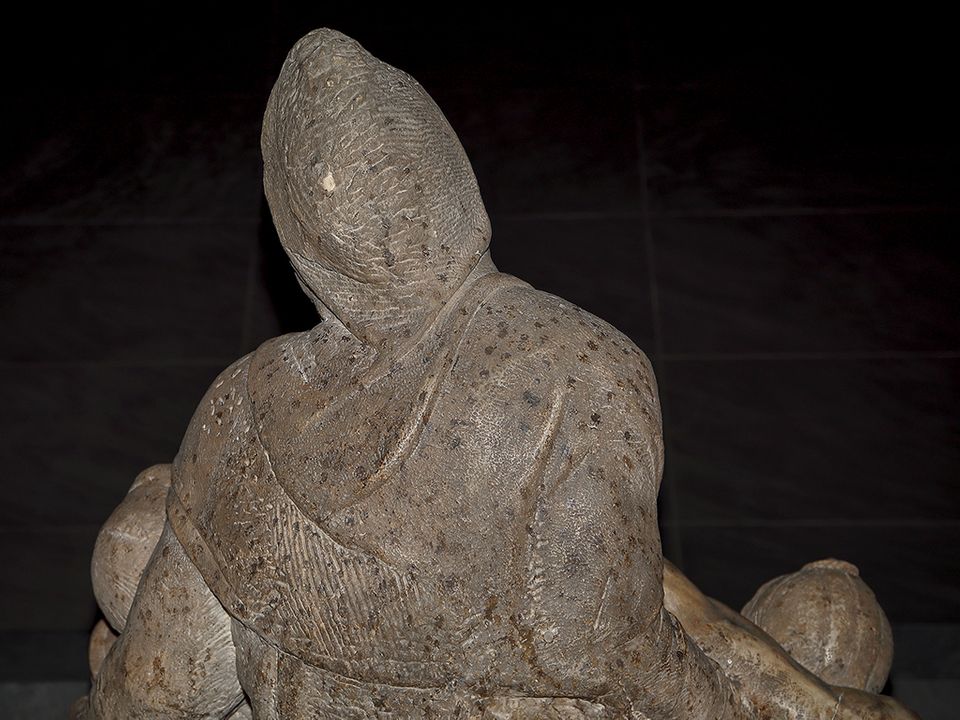 Some of the discolouration may be related to the quality of the marble, however, Verdon adds: “Michelangelo’s other statues were carved in good Carrara marble, but this is bad Carrara marble.” Rosa says that an isotope test will be performed to determine exactly which quarry the marble came from.

Gamma ray tests conducted in the 1990s indicate that the iron rods in the sculpture are “in good condition and well positioned,” the conservator added.

In his Life of Michelangelo, the 16th-century painter and historian Giorgio Vasari writes of visiting Michelangelo’s Rome studio late at night and watching him work feverishly on the sculpture. Vasari recalls defects in the marble, which “was hard, and often made the chisel spark”.

Verdon said that according to Michelangelo's contemporaries, the artist intended for the Pietà to be installed in the chapel where he would be buried, either on the altar or in a niche behind it so that people entering the church would see it. But ultimately he abandoned it. Remarkably, the artist never added a left leg for the figure of Christ, most likely because “it would have destroyed the compositional harmony”, Verdon notes. 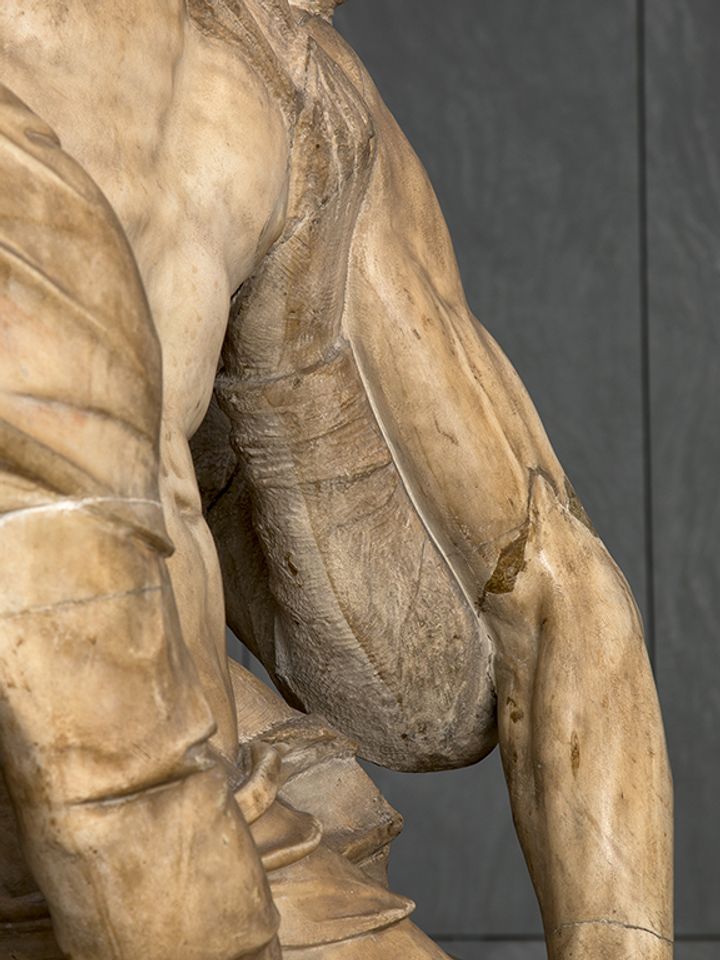 Old plaster used for additions on the arm of Christ; the arm of the Virgin Mary bears a clear line where dowels were used to make a 19th-century copy Alena Fialovà/Museo dell’Opera del Duomo

Michelangelo gave the damaged work to a servant who had it restored and then sold it. Then it changed hands several times, eventually arriving in Florence in 1674. It resided in a series of churches before it was transferred to the Museo dell'Opera del Duomo in 1981.

Today it sits at the centre of a room called the Tribuna di Michelangelo on a base evoking the altar for which it was probably originally intended.

Even though the sculpture is unfinished, Verdon describes it as a masterpiece. “The most suitable wording for it,” he says, “would be that of the 16th century, when it was still called an infinite work.”