Decisive shift away from historic art exhibitions began in mid-2000s

Leading US museums, many with collections that span centuries if not millennia, now devote nearly half of their temporary exhibitions to shows of contemporary art, The Art Newspaper’s annual surveys reveal. More than 1,000 exhibitions—44% of the more than 2,300 shows organised by 29 major US museums between 2007 and 2015—were dedicated to the work of artists active after 1970.

It was not always this way. Just 20 years ago, Impressionism was king; no contemporary shows cracked the top ten most visited exhibitions in US museums in our 1997 attendance figures survey. Back then, only around 20% of the shows organised by US institutions were devoted to the art of their time. “It’s a definite cultural shift,” says Robert Storr, the former dean of the Yale University School of Art.

Our findings quantify a challenge facing many museums with historic collections in the US and abroad: how to interest visitors in the art of the past while satisfying a growing appetite for the new. Museums that organise more contemporary exhibitions attract more people per show than institutions with more diverse programming, according to joint research by The Art Newspaper and Southern Methodist University's National Center for Arts Research in Dallas (for methodology, see below).

The scale began to tip in the mid-2000s as works by contemporary artists fetched record prices at auction and more artists began to achieve celebrity status. “There is more press about Modern and contemporary art than there is about all the other 5,000 years of art history combined,” says Gary Tinterow, the director of the Museum of Fine Arts, Houston.

As more collectors focused on contemporary art, the composition of museums’ boards of trustees has shifted in that direction as well. “I can count on one hand the number of trustees who are experts in Medieval or pre-Columbian art,” says Maxwell Anderson, the former director of the Dallas Museum of Art (DMA). Although many believe that trustees should not influence programming decisions, their enthusiasm can be contagious—particularly when they are willing to fund the projects they are most excited about.

“Trusteeship, whether it’s right or wrong, has gotten a lot more activist,” says the Dallas-based collector Howard Rachofsky, who is on the board of the DMA. “The logical tendency is to encourage curators. ‘Why don’t you do a show of Basquiat? Mary Weatherford?’ When curators are thinking about what they are going to do in 2019, this becomes part of the menu… contemporary has been the squeaky wheel.”

Shift in priorities Some argue that the rise of contemporary art is a side-effect of a larger shift in priorities, with museums not wanting programmes to be dominated by white male artists. “If your mission is to reflect the world, and women are half of the world… it’s a lot easier if you are working in the present,” says Michael Govan, the director of the Los Angeles County Museum of Art (Lacma) since 2006. “Institutions are thinking about audiences and communities and responsiveness.” Eleven of Lacma’s 19 exhibitions in our 2015 survey were contemporary. 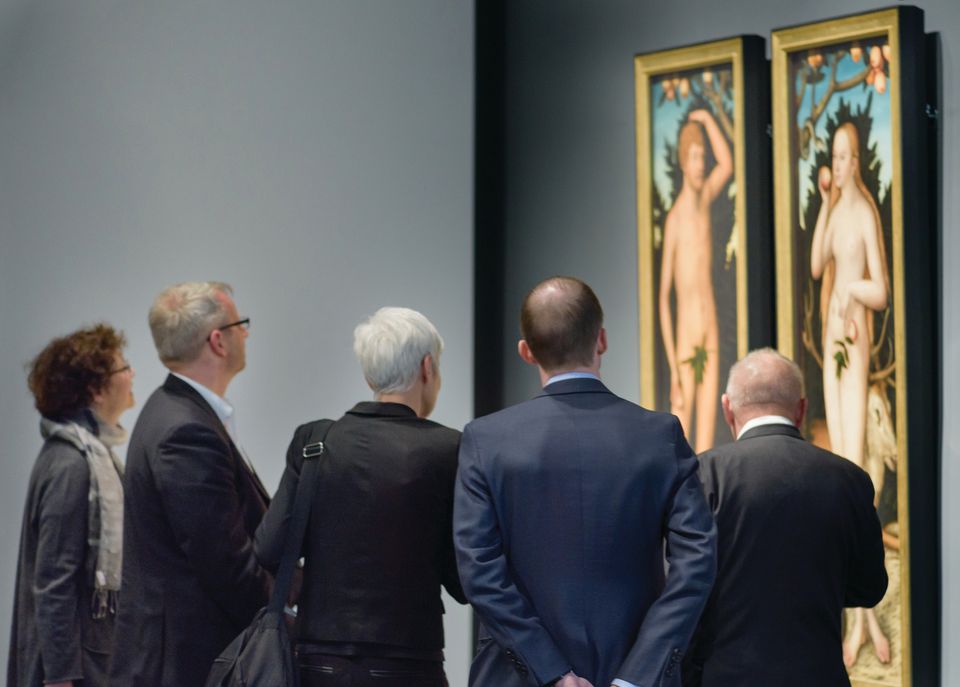 Renaissance and Reformation: German Art in the Age of Dürer and Cranach at Lacma (© Museum Associates/LACMA)

Contemporary art is also not the only category with blockbuster potential—and in more recent years, it has remained a consistent proportion of museums’ programmes, rather than growing dramatically. (Contemporary exhibitions represented 37% of museums’ overall activity in 2007; eight years later, they represented 47%.) Last year, Lacma’s historic shows included a major loan exhibition of Old Masters from Berlin, Munich and Dresden.

But such shows, often organised with colleagues overseas, present greater logistical challenges—and need longer lead times—than contemporary exhibitions. “Getting loans of Old Master paintings for more than three venues is pretty much impossible… no museum likes to be without great masterpieces,” says Arthur Wheelock, the curator of northern Baroque paintings at the National Gallery of Art in Washington, DC. He knows, having co-organised Vermeer and the Masters of Genre Painting with the Louvre and the National Gallery of Ireland—a show now drawing crowds in Paris and heading to Washington, DC, via Dublin. (Perhaps because there are fewer restrictions associated with new work, we found that museums keep exhibitions of contemporary art on view for significantly longer, on average, than other shows.)

Looking ahead Some wonder whether the balance of power could shift even more substantially towards contemporary art, as more PhD students focus on the 20th century. “It’s only been since the late 1990s, or maybe a little earlier, that people could even get PhDs in contemporary subjects,” says Catherine Morris, a senior curator at the Brooklyn Museum in New York. Today, “it’s certainly much more difficult to find a very good, young, inventive Old Master curator than a contemporary one”, says Max Hollein, the director of the Fine Arts Museums of San Francisco.

Over the past decade, many Modern and contemporary specialists have also been hired to direct encyclopaedic museums, including the Brooklyn Museum, the Art Institute of Chicago, the MFA Houston and Lacma.

Anderson hopes that “trends we are seeing in universities don’t become reified in offerings of museums that have an encyclopaedic mission”. But others view the rising popularity of contemporary art as a chance to entice the public to develop a broader interest in art history. Storr says: “It is not a zero-sum game.”

Methodology We defined contemporary shows as those of work by an artist, or a majority of artists, active after 1970 but not before 1945, working in any medium except fashion, architecture and design. The 2,360 exhibitions we examined are based on information submitted by 29 museums for our visitor figures survey from 2007 to 2015. Our data do not include every exhibition staged during this period; some institutions did not submit data about smaller projects. Any large gaps were filled in using information on the museums’ websites. We have nine years of exhibition data on 20 museums, eight years of data on eight and four years of recent data on one. To examine how the number of exhibitions affects performance, we regressed the museums’ KIPI scores—which analyse an oganisation’s performance in nine finance and operations categories, compared to similar organisations nationally—on their exhibition data. (We did not have performance data for four of the 29 museums.) KIPI, or Key Intangible Performance Indicator, scores are powered by the nonprofit DataArts and generated by the National Center for Arts Research.