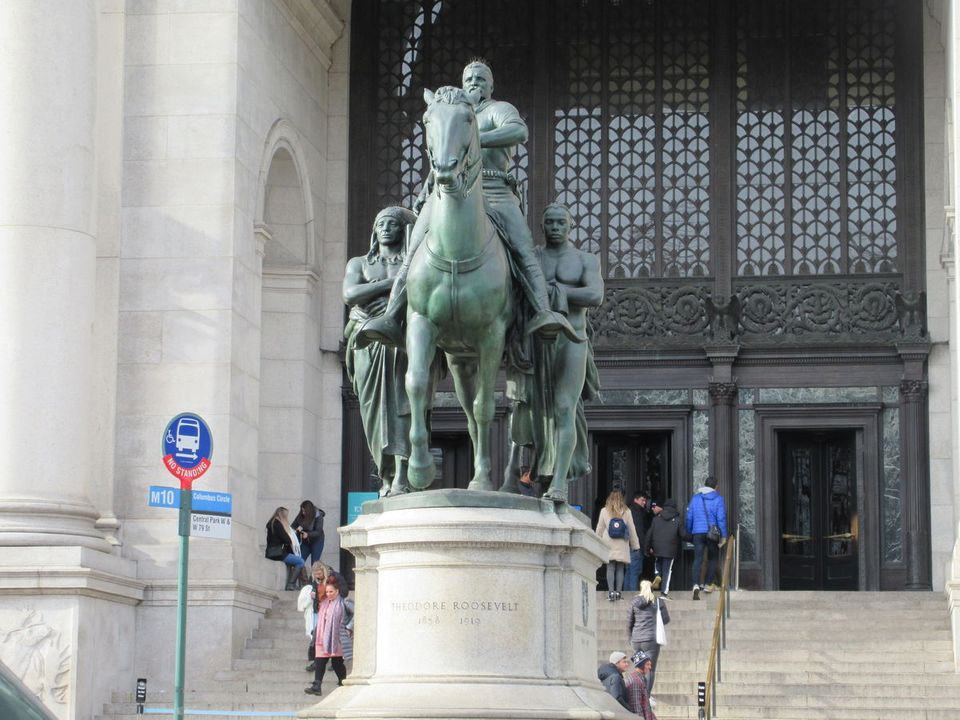 A problematic statue of Theodore Roosevelt, which has sat on Central Park West in front of the American Museum of Natural History in New York since 1940, will be removed. The statue depicts the 26th president on horseback with a Native American and an African man—both of whom are shirtless and on foot—flanking him on either side.

The statue sits on land owned by the city, and after the museum requested its removal, the mayor’s office quickly agreed. The move comes amid a national debate regarding what to do with monuments that are seen as embodying the ideologies of white suprematism, and as many statues have been toppled in protests following the death of George Floyd in Minneapolis. In a memorandum released to its staff on Sunday, the museum wrote that, “while the statue is owned by the city, the museum recognizes the importance of taking a position at this time. We believe that the statue should no longer remain and have requested that it be moved.”

“The American Museum of Natural History has asked to remove the Theodore Roosevelt statue because it explicitly depicts Black and Indigenous people as subjugated and racially inferior,” says mayor De Blasio. “The City supports the Museum’s request. It is the right decision and the right time to remove this problematic statue.”

In 2017, the statue was one of four memorials being reconsidered by a city commission, but after a split decision it was ultimately left in place. The museum responded by hosting an exhibit called Addressing the Statue, which contextualised it and pointed to the controversy surrounding it.