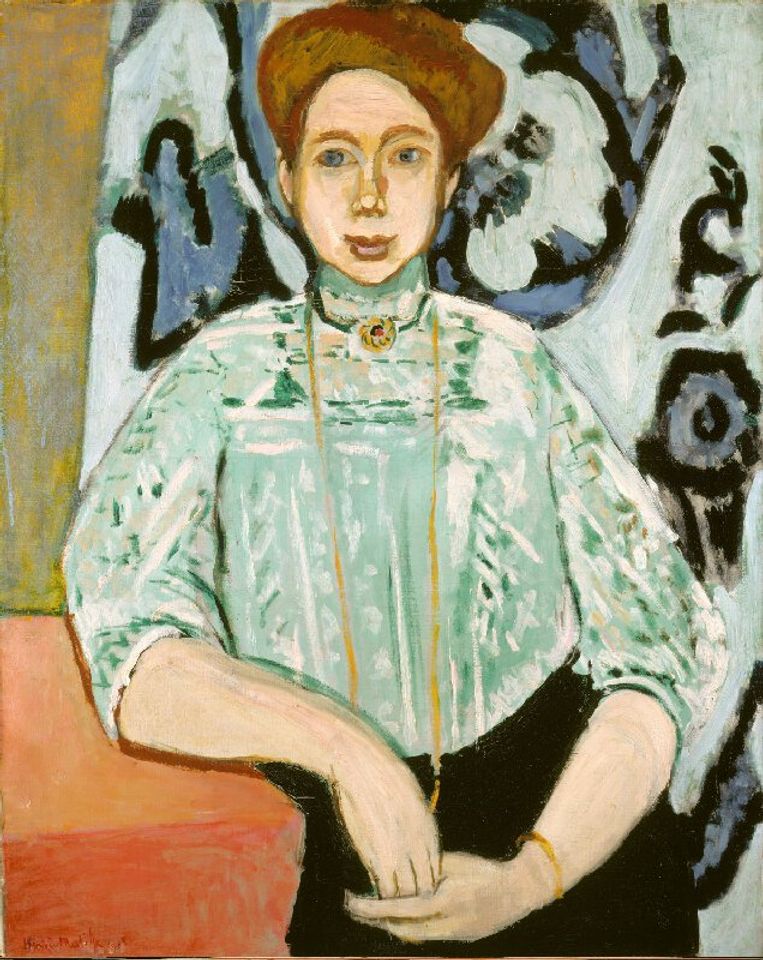 A federal appeals court in New York has rejected a claim to a 1908 Matisse painting owned by the National Gallery in London by three grandchildren of the muse portrayed in the work.

In demanding the work’s return, the heirs had argued that the painting, Portrait of Greta Moll, was illegally sold by a former art student to whom the painting had been entrusted for safekeeping in the aftermath of the Second World War. The portrait changed hands several times before it was acquired by the National Gallery in 1979.

In a unanimous ruling on Monday (10 September), the Second Circuit Court of Appeals affirmed a lower-court decision that the National Gallery and Britain were immune from the jurisdiction of US courts because the lawsuit did not meet the conditions set by the Foreign Sovereign Immunities Act. “The alleged taking of the painting was committed by a private actor” not “a sovereign”, the panel of judges said. “The National Gallery’s refusal to compensate appellants for that taking after the fact does not provide a basis for jurisdiction over a foreign sovereign and its instrumentality.” The appeals court therefore backed the district court’s decision to dismiss based on a “lack of subject matter jurisdiction”.

The painting was originally purchased from Matisse by Oskar Moll, the husband of Margarete Moll, also known as Greta, the woman portrayed in the painting, and taken to Germany. The couple were living in Berlin in 1946 when, fearing the upheaval of the postwar partition of the city, they decided to send the portrait abroad to protect it from looting.

Oskar Moll died in 1947, and Margarete Moll entrusted the painting to a former student of his who promised to take it to Switzerland for safekeeping. Upon arriving there, however, the onetime student sold it instead and kept the proceeds. Margarete Moll moved to Wales, and the painting then went through a series of owners, including the New York gallery Knoedler & Co and the Lefevre Gallery of London, before its purchase by the National Gallery in 1979.

According to court documents, the three grandchildren—Oliver Williams, Margarete Green and Iris Filmer—first pressed their case for the painting’s recovery in 2011, but the National Gallery declined to return it. In 2015, they sought a review by the Spoliation Advisory Panel, a British government body investigating Holocaust-era art claims, but the government said the panel lacked jurisdiction because the Nazi era ended in 1945, two years before the portrait was sold in Switzerland. The heirs then filed suit against the National Gallery and the UK in the US, and the US District Court for the Southern District of New York rejected their claim last year, leading to the appeal.

Asked if the grandchildren planned to further appeal the decision, David J. Rowland, the New York lawyer representing them, said: “That’s all being reviewed.” He declined to comment further.

The National Gallery welcomed the decision. In a statement, the museum emphasised that it bought the portrait “in good faith” and that the case “does not concern Nazi looted art”. It added that the Moll family had known of the painting’s whereabouts for decades before arguing for its return.

“We are proud to have Matisse’s superb 'Portrait of Greta Moll' on show to the public in Trafalgar Square,” said the National Gallery’s director, Gabriele Finaldi. “It is there for all to admire and enjoy.”