Two works—the artist's famous Thanksgiving dinner scene, and a depiction of an African American girl being escorted by US marshals to school—have been on a national tour 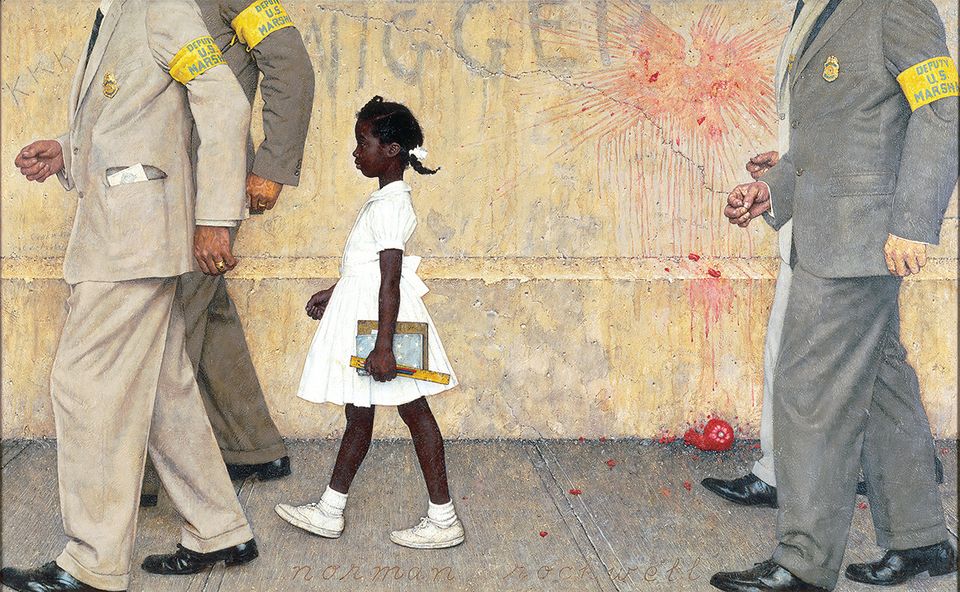 From left: Rockwell’s The Problem We All Live With and Freedom from Want © SEPS: Curtis Licensing, Indianapolis

The Norman Rockwell Museum is in the midst of a $50,000 crowdfunding campaign to conserve two iconic Rockwell paintings, The Problem We All Live With (1964) and Freedom From Want (1943). Both works are part of the seven-city touring exhibition Enduring Ideals: ­Rockwell, Roosevelt and the Four Freedoms (around 1943), which was organised by the museum in Stockbridge, Massachusetts, and in principle will make its last stop there from 12 September to 17 January 2021. (The museum is now closed in response to the spread of the coronavirus.)

Bailey Girvan, a senior development officer at the museum, says it hopes to send the paintings for treatment by a private restorer this summer, before the final leg of the tour. As of today, nearly six weeks into the crowdfunding effort, $15,450 has been raised.

The Problem We All Live With depicts a six-year-old African American schoolgirl being escorted by US marshals on her first day at an all-white school in New Orleans during the Civil Rights era. Freedom From Want portrays Rockwell’s friends and family at a Thanksgiving dinner and was inspired by a 1941 speech by President Franklin D. Roosevelt outlining the “Four Freedoms”.

Girvan says that, depending on condition reports on the works in the travelling show, others might be treated by conservators as well.