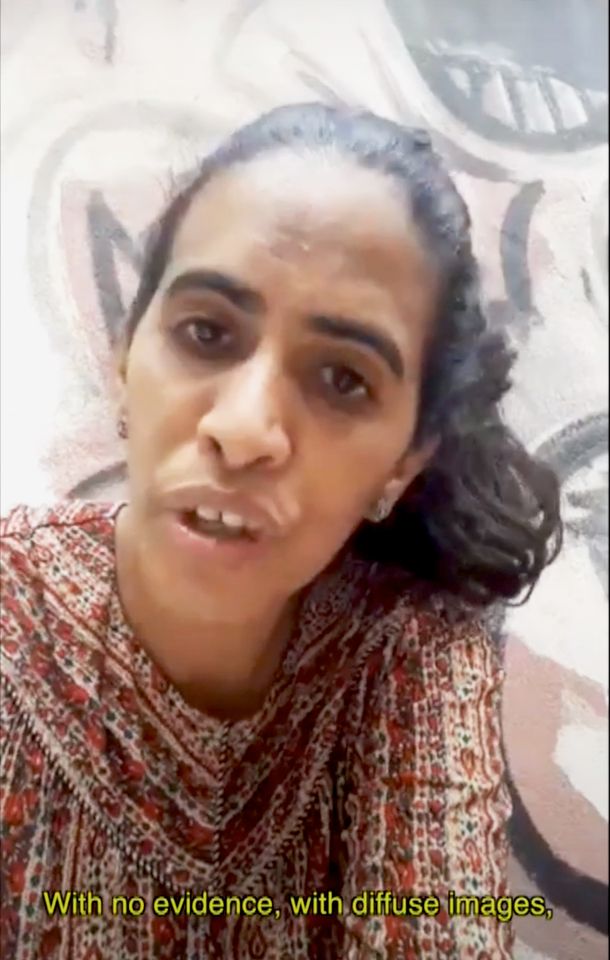 The Cuban artist Anamely Ramos González has released a film on YouTube warning that fellow activist and artist Luis Manuel Otero Alcántara is in a “critical condition” after going on hunger strike for more than seven days. The pair were hiding in an undisclosed building in Havana as part of an escalating row over alleged human rights abuses by Cuban state security.

Ramos González and Otero Alcántara are members of an art collective known as the San Isidro Movement, which has been campaigning against the arrests and imprisonment of two rappers, Didier Almagro and Denis Solis Gonzalez. The latter received an eight-month prison sentence for confronting a police officer who entered his home without a warrant.

Hyperallergic reports that the San Isidro activists were held by police on 9 November following a peaceful protest in support of the rappers. They were released but ended up barricaded in the San Isidro headquarters in Old Havana with 14 artists, poets, and musicians among those trapped inside.

According to sources at the San Isidro House, last night at approximately 11.50 pm, police broke in and removed those on hunger strike “in a violent act”. They add that the “government cut off all internet services for almost an hour. At this moment they have been returned to their homes, after being detained by the police, except for Luis Manuel and [another activist] Jorg Luis who are still at the police station.”

The Copenhagen-based human rights organisation Freemuse says that six artists and activists had been on hunger strike within the besieged block since 18 November. A spokeswoman said: “Activist Michel Matos reported that artist Luis Manuel Otero Alcántara and rapper Maykel Castillo, known as Maykel Osorbo, are on the verge of a multi-organ failure because they had not eaten food or drunk water for days.” Other people on the hunger strike included the journalist Iliana Hernández and the activist Oscar Casanella.

Amnesty International says in a statement: “Images that Amnesty International verified show that at one point the authorities appeared to cordon off the block of the headquarters with yellow tape, limiting the group’s freedom of movement. Members of the group said they were under 24-hour surveillance by plain-clothed state security officials and feared they would be detained again if they tried to leave.”

In the video posted on YouTube on 25 November, Ramos González says that she was also on hunger strike, adding that Otero Alcántara is “not going to abandon his hunger and thirst strike” after seven days. She claims in the video that the police intercepted food coming into the headquarters, a move which sparked the radical action. The Cuban state “can no longer justify the constant violations of humans rights”, she says. Meanwhile, more than 1,600 arts professionals worldwide, including Cuban activist and artist Tania Bruguera, have signed a petition calling for the release of Solís González.

Earlier this year, Otero Alcántara was arrested for alleged property damage following his involvement in an anti-censorship protest.