As exhibitions are cancelled due to the pandemic, local artists are finding creative ways to show their art—and distract patients 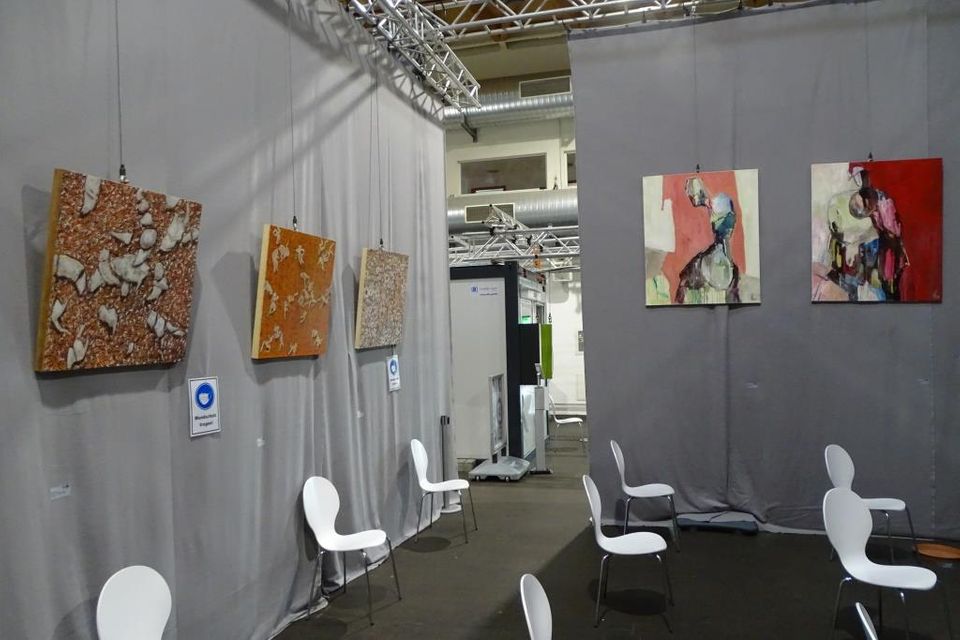 Some German vaccination centres are offering patients an injection of art along with the coronavirus jab.

In the Bavarian town of Straubing, 84 works by 42 local artists are on show in a vaccination facility established in a trade exhibition centre. Patients awaiting their turn to be inoculated against the coronavirus can pass the time studying installations and sculptures in the reception room.

Straubing’s Association of Fine Artists traditionally holds two exhibitions a year; one in winter and one in summer. This year’s winter exhibition, which was to open on 26 December in a building that houses the local library and archive, had to be cancelled after the introduction of more restrictive lockdown measures on 16 December, says Erich Gruber, the president of the association.

“We set it all up in one and a half days with help from the fire brigade,” Gruber says. “It was flexible, spontaneous and creative.” 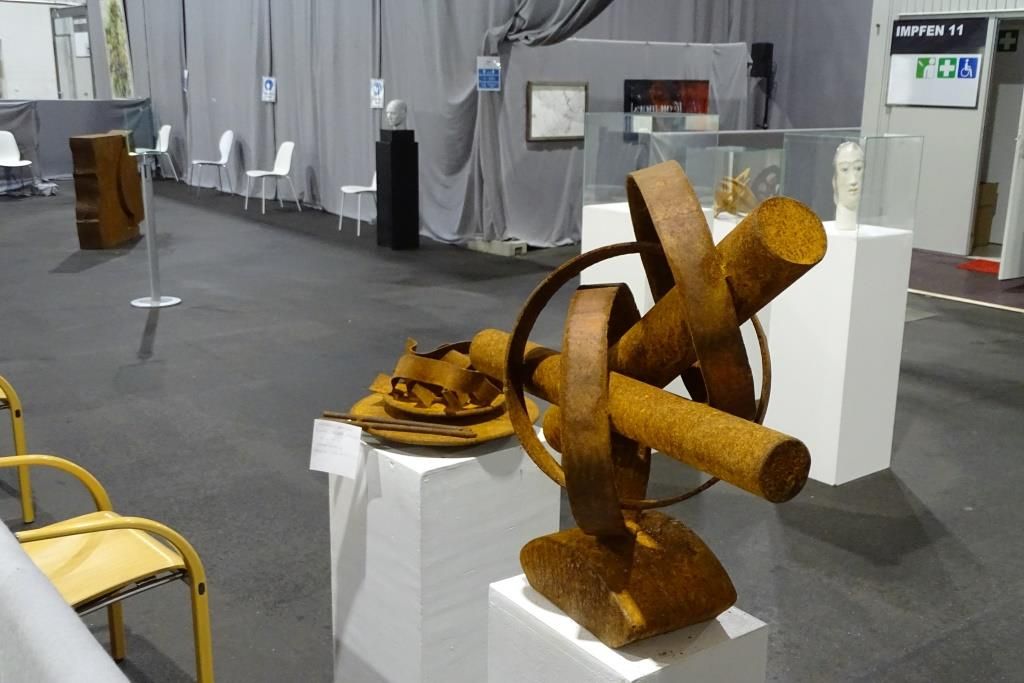 The exhibition is a commercial show so labels next to the works include prices. Gruber says that he had a query from one patient asking why a painting on a wood panel was priced at €14,000 when the materials were not even worth €100.

“It’s interesting that people who have had no connection to art are suddenly asking questions,” he says. “And it’s good for artists to leave the art bubble and go into a public space to confront people with things that are funny or different from what they are used to. There will be tens of thousands of visitors to this centre.”

Paintings are hung on makeshift grey curtains used to divide space in the temporary vaccination centre and on the walls of the containers where injections take place. Security guards protecting the vaccine ensure that the art is also safe, Gruber says. The art in the waiting area has proven a welcome distraction for some patients, he says, even if not all are interested in art. 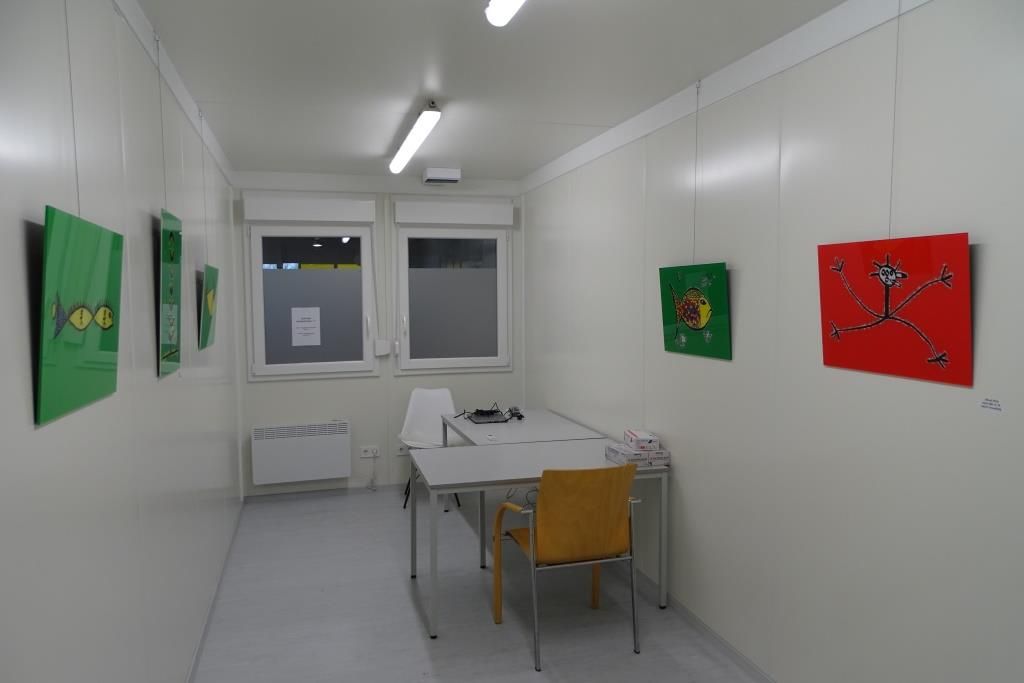 Gruber says the exhibition is also a useful opportunity to sell art when galleries are closed and many artists are battling with a loss of income. While no works have so far sold since the vaccination centre opened on 27 December, there is still plenty of time—the exhibition is due to run until June.

A vaccination centre in Bottrop is also doubling as exhibition space for a show that was planned for the local cultural centre and several other cities are considering following suit, according to the Frankfurter Allgemeine Zeitung. Gruber says he has received a query from the city of Trier, which is also interested in showing art in vaccination centres.