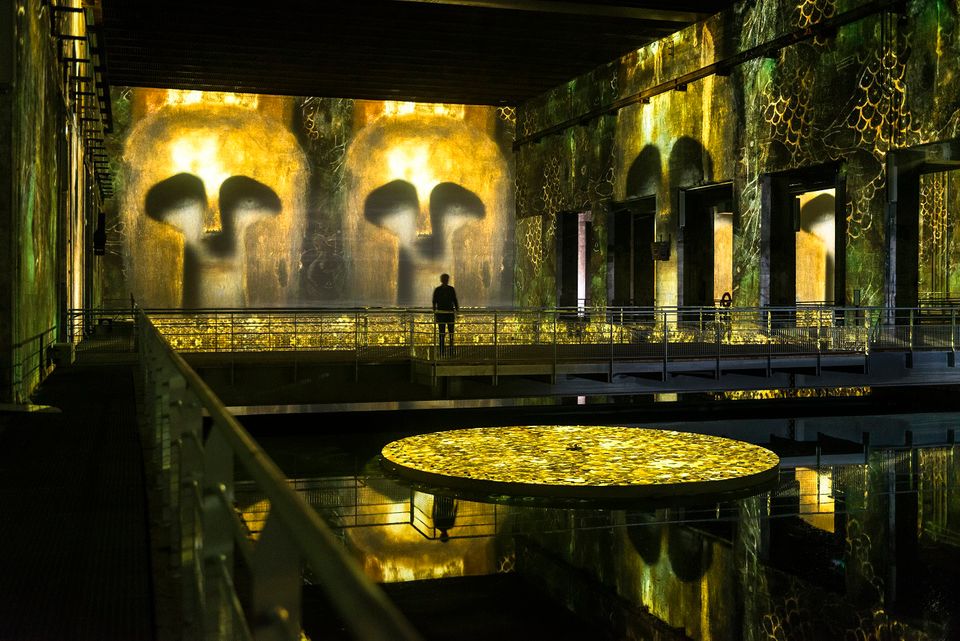 Video projections of paintings by Gustav Klimt fill the Bassins de Lumières, a Bordeaux submarine base that opened as a digital exhibition venue in June 2020 © Dominique Chauvet Roldan

The French museums operator Culturespaces is expanding its popular chain of digital art venues to a Dubai shopping mall and a former banking hall in New York in 2021.

The company is a rare private player in the French cultural sector, managing sites on behalf of public institutions including the Musée Jacquemart-André in Paris and the Roman amphitheatre in Nimes. In 2012, it began producing immersive sound and light shows of paintings under the trademark Amiex (Art & Music Immersive Experience) within a former limestone quarry in Provence, the Carrières de Lumières. The concept took flight with the 2018 launch of the Atelier des Lumières in a former Paris foundry, where laser video projections of masterpieces by Van Gogh, Klimt and the French Impressionists set to music have attracted more than three million visitors to date.

Having added further digital art centres in a South Korea bunker (Bunker de Lumières) and a Second World War submarine base in Bordeaux (Bassins de Lumières), Culturespaces is now partnering with the events and media giant IMG to bring the concept to New York. It is converting 28,000 sq. ft of the former Emigrant Industrial Savings Bank in Tribeca, a landmarked Beaux-Arts building leased from the Chetrit group, into a new venue known as Hall des Lumières. 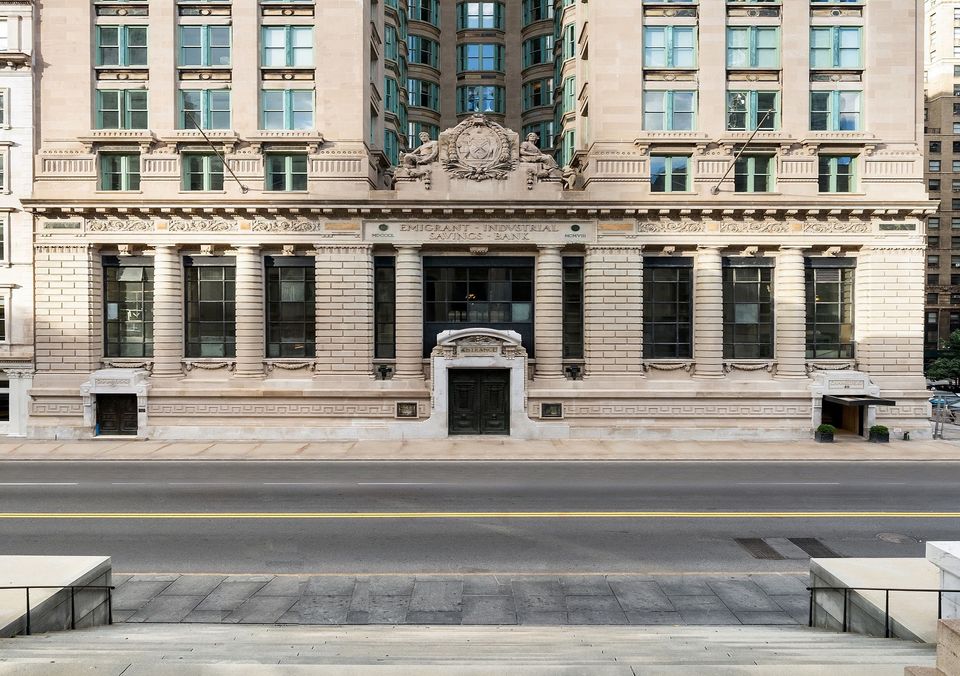 Construction work on the grand ground-floor space is due to begin “shortly”, a Culturespaces spokeswoman says, with the opening date scheduled for 2021-22. The renovation will be overseen by the architects Woods Bagot, which led the conversion of the building to luxury residences, together with historic preservation specialists Higgins Quasebarth & Partners. The Hall des Lumières digital exhibitions “will be designed to complement the venue’s interiors of marble, columns, bank tellers, stained glass windows and sculptures”, according to a press statement.

Meanwhile, a Dubai space called the Infinity des Lumières will open in early 2021 with an immersive experience animating Van Gogh’s paintings. According to the Culturespaces website, the venture is a franchise with the Spanish group Metra and will be located on two floors of the Dubai Mall, one of the world’s largest shopping centres.

Unburdened by the traditional exhibition model of borrowing original works of art, Culturespaces says its digital venues are coping well with Covid-19 restrictions. Despite social distancing measures and the collapse in international tourism to France, the €14m Bassins de Lumières in Bordeaux has already welcomed 400,000 visitors since it opened in June, the spokeswoman says.

The move to New York was “an obvious step”, she says, as “the cultural capital of the US”, adding that Culturespaces is planning to expand to other American locations.