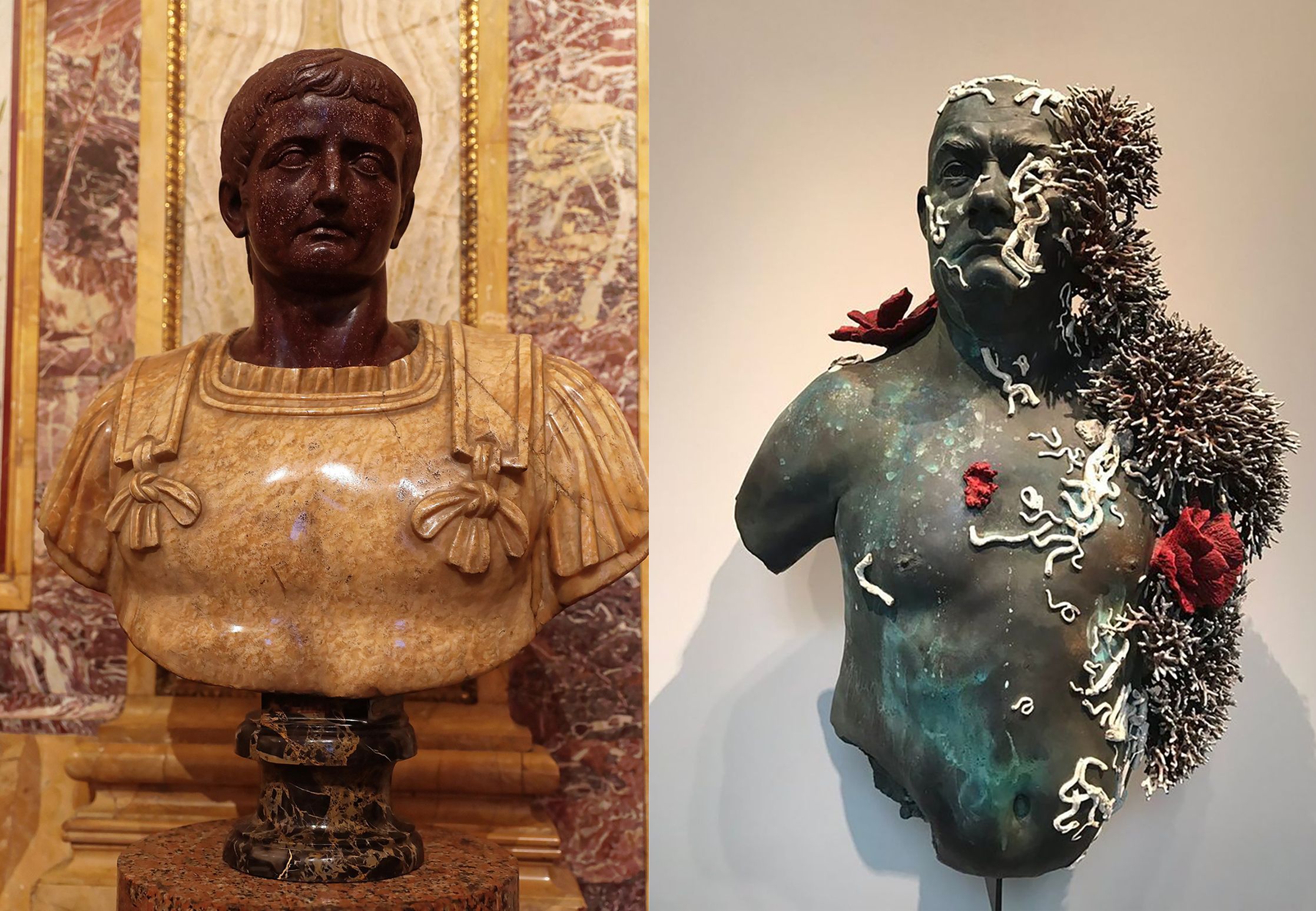 The British artist Damien Hirst will show his epic “shipwreck” pieces at the Galleria Borghese in Rome later this year (10 May-10 October) alongside key works from the gallery’s permanent collection by artists such as Caravaggio, Titian and Bernini.

The Treasures from the Wreck of the Unbelievable works were first seen in 2017 at French collector François Pinault’s two museums in Venice, Palazzo Grassi and Punta della Dogana. The Art Newspaper report on the exhibition opening at the time noted: “This is what art looks like when unbridled ambition meets apparently limitless financial resources."

The Galleria Borghese declined to give details about the works included in the show. An online gallery statement says: “Colossal to very small sculptures—all made of precious materials such as bronze, Carrara marble and splendid malachite—will be displayed alongside [Hirst’s] Colour Space paintings amongst the permanent collection.” A spokeswoman for Hirst says that “not all the works come from Damien’s collection; many are from private collections”.

The Galleria Borghese, housed in a 17th-century villa, holds an extensive collection founded by Cardinal Scipione Borghese (1577-1633) who commissioned and acquired more than 100 works including Caravaggio’s Madonna and Child with St. Anne (1605). “The vision [for the Hirst show] combines contemporary art with that of the past, prompting us to reconsider their respective statuses and create new boundaries,” the gallery statement adds.

The show in Venice filled the entirety of Pinault’s two museums. The 190 works on display, many of which were sculptures of gargantuan scale, were discovered on the sea bed according to the show's imaginary narrative. Most of the works were produced in an edition of five, including two artist's proofs that belong to Hirst, who told the BBC that the vast exhibition cost between £50m and £100m.

The critics were divided over the show’s artistic value, though. The Daily Telegraph declared the exhibition “a spectacular, bloated folly, an enormity that may prove the shipwreck of Hirst’s career” while the Guardian described it as “a titanic return to form” that “redeemed” Hirst.