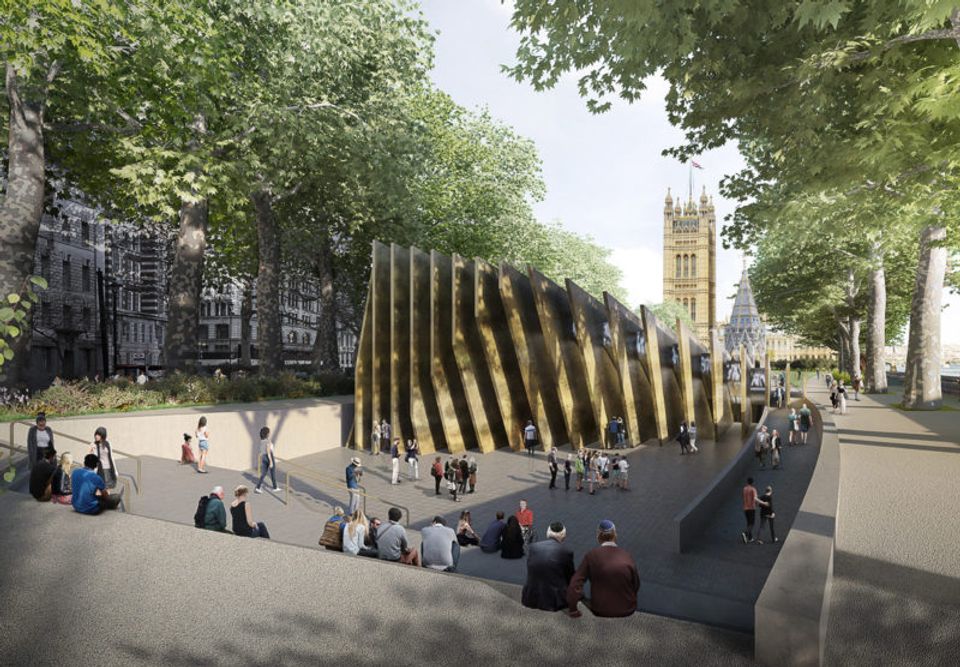 The UK architect David Adjaye and the Israeli designer Ron Arad have beaten off competition from artists Rachel Whiteread and Anish Kapoor to design the new UK Holocaust and Memorial Centre, which will stand in Victoria Tower Gardens next to Parliament.

Adjaye Associates, Ron Arad Architects and the landscape architects Gustafson Porter + Bowman were selected unanimously by the jury of 13 members including Sadiq Khan, the Mayor of London, and Julia Peyton-Jones, the former director of the Serpentine Galleries.

The memorial will consist of 23 huge bronze fins, the spaces in between representing the 22 countries where Jewish communities were persecuted during the Holocaust. Each path leads to The Threshold, a space for contemplation which winds to the subterranean Learning Centre.

“The jury praised the winning team’s proposal to create ‘a living place, not just a monument to something of the past’ and the desire to create an immersive journey for the visitor who would enter a memorial embedded in the land,” a press statement says.

The design will undergo further consultation, with feedback from Holocaust survivors, local residents and organisations including the conservation body Historic England. The initiative is backed by the UK government department for Communities and Local Government.

The shortlisted concept designs from ten competing teams were on show at the Victoria and Albert Museum in London over the summer. Whiteread was part of a team led by Caruso St John Architects, while Kapoor teamed up with Zaha Hadid Architects for a dramatic proposal centred on a meteorite-like structure surrounded by a grove of cypress trees.

Adjaye has been selected to design a new foundation space in Madrid for the Italian collector Patrizia Sandretto Re Rebaudengo as well as a new home for the Studio Museum in Harlem, New York, which is scheduled for completion in 2021.