Planned Kiran Nadar Museum of Art in New Delhi will open up 6,000-strong collection to the public 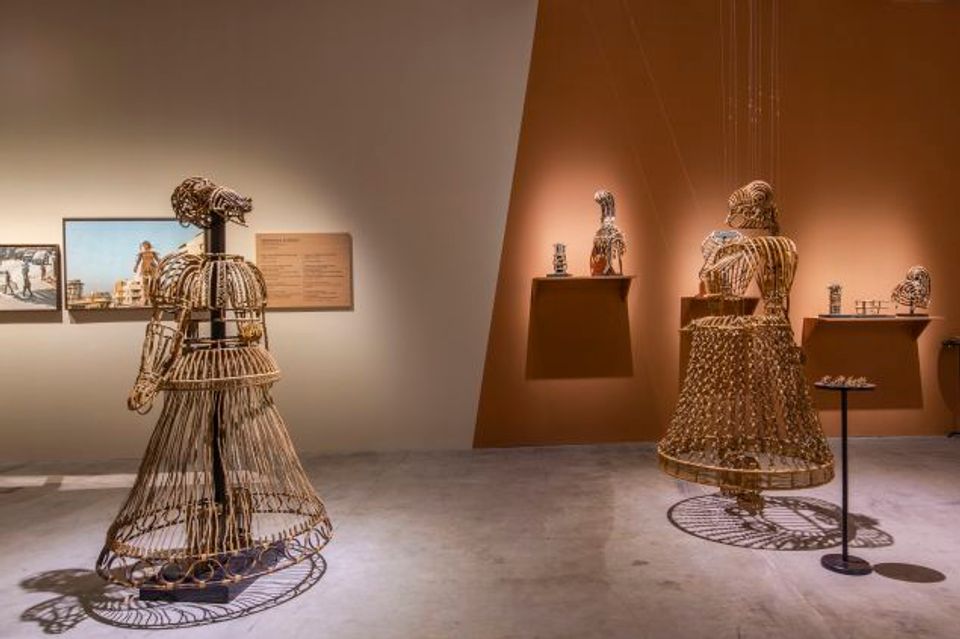 The UK-Ghanaian architect David Adjaye has been chosen to design what is set to be the most significant contemporary art space in India. The jury the Kiran Nadar Museum of Art's design made the announcement yesterday in Venice at a dinner for the Indian pavilion at the waterside Palazzo Pisani Moretta.

The planned museum is “an important milestone for Indian contemporary art", says Shwetal A. Patel, an art writer and researcher at the University of Southampton, adding that "the appointment of Adjaye Associates has added a measure of excitement and anticipation".

The Kiran Nadar Museum of Art’s new home in New Delhi will open up the 6,000-strong collection to the public as well as providing a centre for dance, music and creative education. “This centre will be a cultural powerhouse open to all, furthering our vision of making art accessible to everyone," says Kiran Nadar, the founder of the eponymous museum and the head of India’s biggest private art foundation, who is also the curator and main benefactor for this year's India pavilion. Adjaye adds that the project is “going to be about delivering something magical for India”.

There were 47 firms bidding for the project and Adjaye’s design was unanimously chosen from a competition shortlist. "David’s design creates a cinematic experience for visitors, who encounter artworks and artists as they move from the street through the atrium and up through the building to the lush rooftop garden,” Nadar says. Adjaye adds that he has been dreaming of making a project in India for a long time since being a student and travelling there: “It has been a great inspiration for my involvement. I was thrilled when this competition came along and I met Kiran and her team."

The museum project has been a decade in the making after its temporary location in a New Delhi shopping mall, which opened in 2010, almost became a permanent residence. After initial efforts to collaborate on a public-funded project, the Kiran Nadar Museum opted to construct a private institution with an expected budget of tens—if not hundreds—of millions of dollars, with construction expected to take at least two years.

At the announcement in Venice, Adjaye paid tribute to Kiran Nadar's “incredible passion for the arts”. The collector is married to the businessman Shiv Nadar, the founder of the $8bn company HCL Technologies, and the two are major patrons for the Indian art scene. "Kiran Nadar’s contribution to art in India has been immeasurable,” adds Patel. "The new museum promises to be a game changer for the cultural landscape of the subcontinent."

Adjaye was born in Tanzania, the son of a Ghanaian diplomat, before moving to Britain at the age of nine. He was the lead designer of the National Museum of African American History and Culture in Washington and his designs for the planned National Cathedral of Ghana were unveiled last year.

The decision to choose Adjaye to design the museum comes during a Biennale that has strongly moved away from a Euro-centric outlook. The architect has increasingly embraced his African heritage in recent work, notably designing Ghana’s first Venice pavilion this year which, with headline works by the artist El Anatsui, has received glowing reviews.