He has secured a 40-year lease on a 35,000 sq. m castle-like complex, with plans to create a sculpture park and private freeport 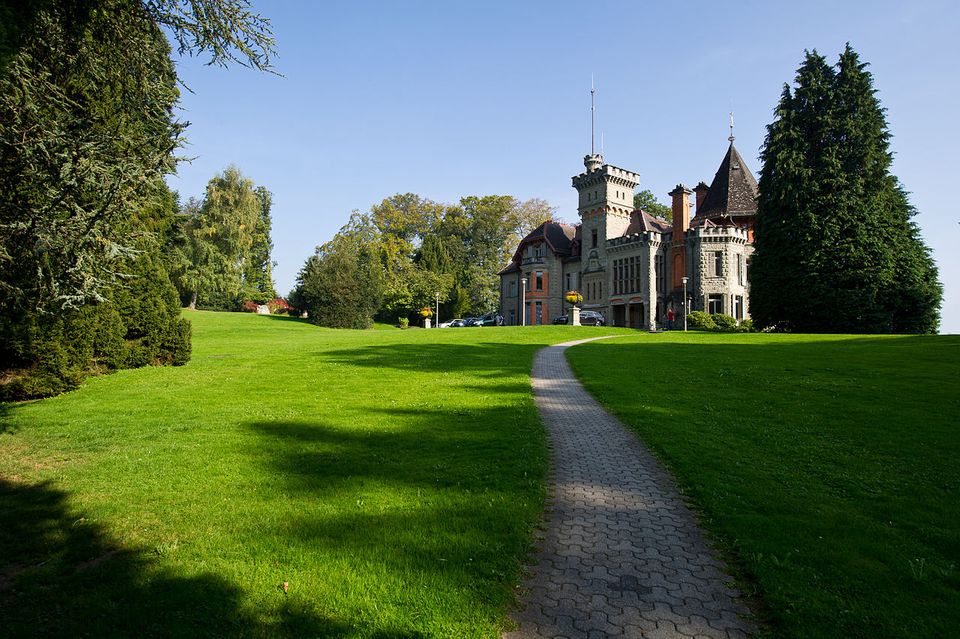 Henry Moore’s near life-sized Reclining Figure: Curved (1977) dominates the entrance to Montreal's Landau Fine Art’s booth at Art Basel in Miami Beach this year. But it was last seen at Tefaf New York Fall last month, where the black marble sculpture had an asking price of around $35m.

Moore’s sculpture might be destined to travel again soon, too: Landau tells The Art Newspaper that he has secured a 40-year lease on Dreilindenpark’s castle-like complex in Lucerne, Switzerland, where he will move the gallery’s headquarters in 2022.

Owned by the city of Lucerne, about an hour from Basel, Dreilindenpark—also known as "Konsipark" to locals—is the largest public park in the city of Lucerne and boasts a panoramic view of Lucerne Bay plus three historic buildings. Following a $20m renovation, the 35,000 sq. m property will be outfitted to house an exhibition space and offices in the main chateau, while the stables will be converted into a private freeport for the gallery’s exclusive use.

Landau says the grounds will be turned into a sculpture park that will be open to the public. “We don’t want to make it too cluttered though, there will only be a handful of works”, by artists such as Moore, Henri Laurens and Alexander Calder, most of which will be drawn from his personal holdings.

Built in 1890, the current tenant of the Dreilindenpark property, a musical conservatory, will move to a new dedicated space. The city government opened a call for proposals from prospective new tenants in early 2018.

The deal was struck between the city government and Landau’s Swiss-registered limited company, Finartis Kunsthandels AG, which according to the Commercial Registry Office Lucerne, trades in “art and related articles, acquiring and maintaining holdings in companies, and acquiring, managing and selling securities, intangible assets and other assets”. The Montreal-based dealer has lived in Switzerland since 2011 while his daughter runs the original gallery, which will continue to operate after the Dreilindenpark headquarters open.

“There’s such a small percentage of people that walk through these conference centre doors who can afford to buy these things,” says the gallery’s owner Robert Landau, noting that not everything sells immediately.

The migration of these works from Montreal to Miami may have contributed to a spike in Canada’s October trade balance with the US. According to a report by Statistics Canada released on Thursday, a significant increase of C$532m ($404m) in consumer goods in October is a “result of higher exports of artwork such as paintings and sculptures” that were “destined to an art fair in New York that began at the end of October”. Landau was a first-time exhibitor and the only Canadian gallery at Tefaf this year, which opened 31 October. The 116% jump in consumer good exports from the previous month is the largest in 30 years of trade records, according to a report by Bloomberg.