Derelict iron flaxmill is brought back to life in Shrewsbury 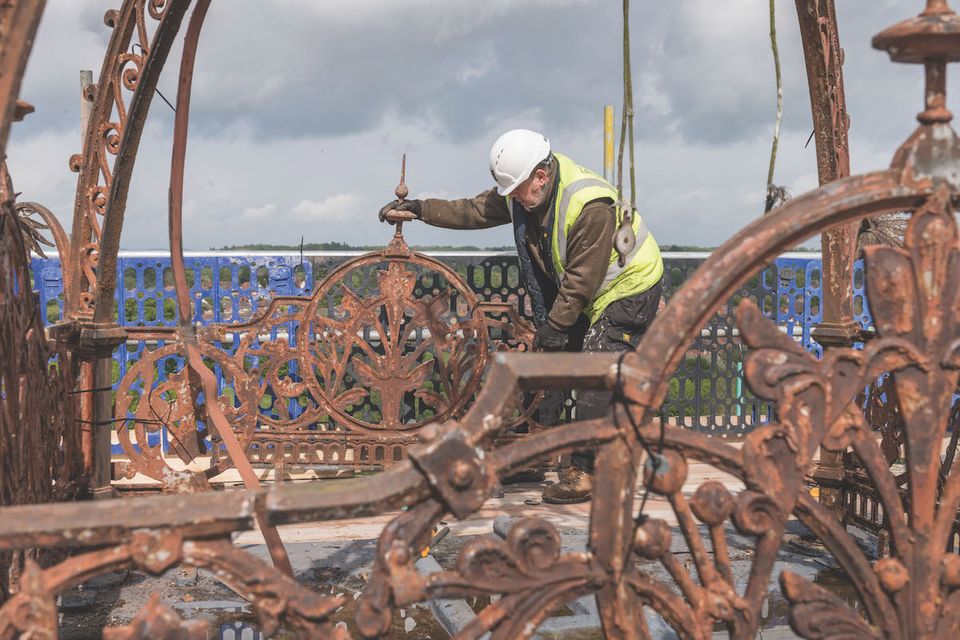 Few people walking down a long, straight, unassuming road leading north out of the beautiful town of Shrewsbury would recognise that the Flaxmill Maltings is one of the most remarkable buildings in England.

Disguised by its red-brick skin and hidden for decades behind scaffolding and a huddle of industrial sheds, it is the world’s first iron-framed building, a direct ancestor of the skyscrapers towering over contemporary cities.

The flaxmill was an audacious experiment in 1797, steam-powered and gas-lit. Its forest of startlingly slender and elegant iron columns, still load-bearing after more than two centuries, was a practical move to escape the devastating fires that destroyed so many timber-framed mill buildings.

In both the First and Second World Wars it served as a barracks for up to 1,000 soldiers who unkindly dubbed it “the rat hotel”. It was returned after each war to industrial use, but it finally closed in 1987.

Despite having Grade I listed status, it rapidly became derelict, a fixture on the annual Buildings at Risk register. In 2005, English Heritage, the predecessor of Historic England, took the highly unusual step of buying the building to secure its future, intending to sell it to a sympathetic partner.

Then came the economic crash, and the project foundered. Emergency scaffolding that had been intended to ward off the threat of partial collapse for a few months remained in place for a decade, at shattering expense.

Eventually Historic England decided to take the lead itself and, with a major Heritage Lottery grant, more than £30m has to date been spent on such items as 30,000 handmade bricks and 15,000 new Welsh slates for the roof.

Labour conditions in the original works were appalling: the large, handsome windows were not for beauty but to prolong the working day. Children made up a third of the workforce, many of them from the local workhouse. Now the building will host workers including a university department (details so far have not been disclosed) and creative and digital startups. An exhibition space will celebrate the history of the site.

Converted in 1897 to processing grain for the brewing trade, the building was so important to the town that it was literally crowned—topped with a cast-iron coronet that was visible for miles as part of the national celebrations for the Diamond Jubilee of Queen Victoria.

In a project funded partly by Historic England’s first crowdfunding appeal to mark the bicentenary of Victoria's birth, the coronet’s ironwork has now been restored. With its broken sections repaired and missing pieces recreated, it has recently been winched back into place, crowning the building again to celebrate its rebirth.