After a year-long journey in the California desert, Desert X's art rover Shybot is found

The missing and crowd averse work has been recovered in Palm Springs, a bit banged up but otherwise intact 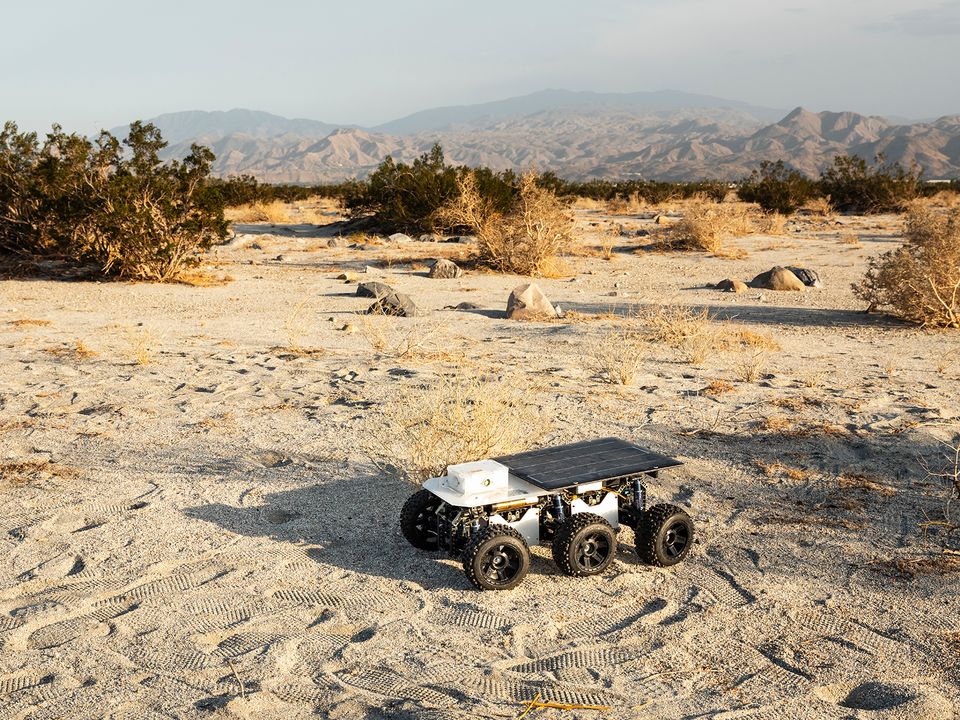 Desert X, the hot (quite literally) California biennial set to take place again in the arid Coachella Valley in February 2019, has just had an off-season and off-road surprise: the creature known as Shybot has been located in Palm Springs, near Gene Autry Trail—not exactly alive but fairly well.

In the run-up to its first edition in 2017, Desert X curator Neville Wakefield often mused about the desert as a place where people go to get lost. One participating artist, Norma Jeane, ran with this idea and created as his project a small six-wheeled desert rover engineered to evade human contact. The escape plan worked: Norma Jeane released the rover, dubbed Shybot, in Palm Springs that February, and she soon disappeared and her GPS tracking device stopped emitting. Her location was listed on the exhibition's website as "everywhere and nowhere". Desert X posted a $1,000 missing-bot reward but hopes dwindled—until an email came in this month. 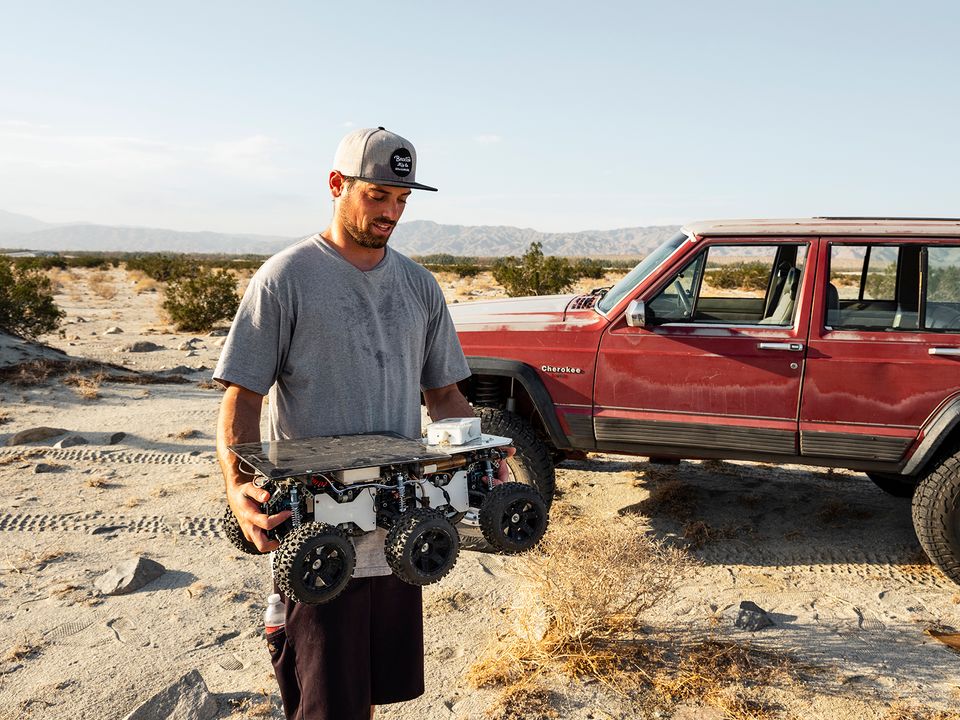 Kyle Gomez, a 31-year old maintenance worker from nearby Cathedral City, spotted Shybot while driving his Jeep off-road. He scanned a QR code on the rover that connected him to Desert X and offered to hand over the bot, tires shredded and body a bit banged up but otherwise intact. (And yes, the organisers plan to give him the reward.)

When asked for his reaction, Wakefield sounded more philosophical than ever: “To me Shybot always represented the idea that there was something out there—the something that, whether in religion or horror, we can’t help but search for. There’s been a lot of speculation as to what happened during the past 16 months—bot-napping, pilgrimages to Mecca etc—but for the faithful she was always there, proof again that we only truly find ourselves in the places that we are least present.”