Organised by Drik Gallery, the event at Dhaka University aimed to highlight the extrajudicial killing of Bangladeshi civilians by government forces 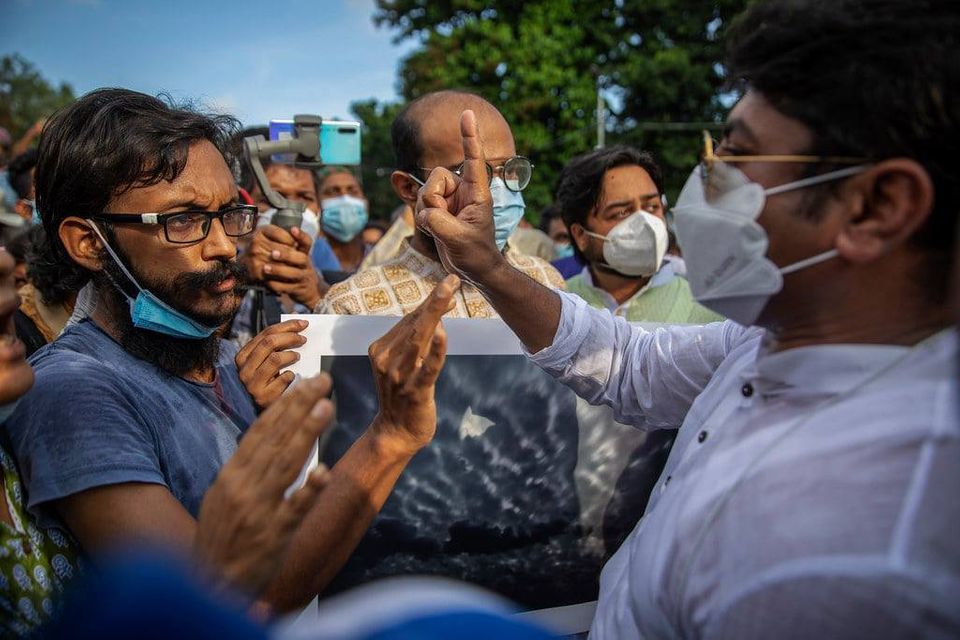 Members of Bangladesh's ruling party attacked a performance at the University of Dhaka this month, reportedly assaulting protestors and damaging photographs. The performance was staged as a protest against the extrajudicial killing of Bangladeshi civilians by government forces.

The incident, first reported in the Bangladeshi newspaper the Daily Star, took place on 4 September. It began as a live-streamed protest, organised by the Dhaka-based Drik Gallery in conjunction with Crossfire, a photography exhibition of work by the acclaimed photojournalist Shahidul Alam. 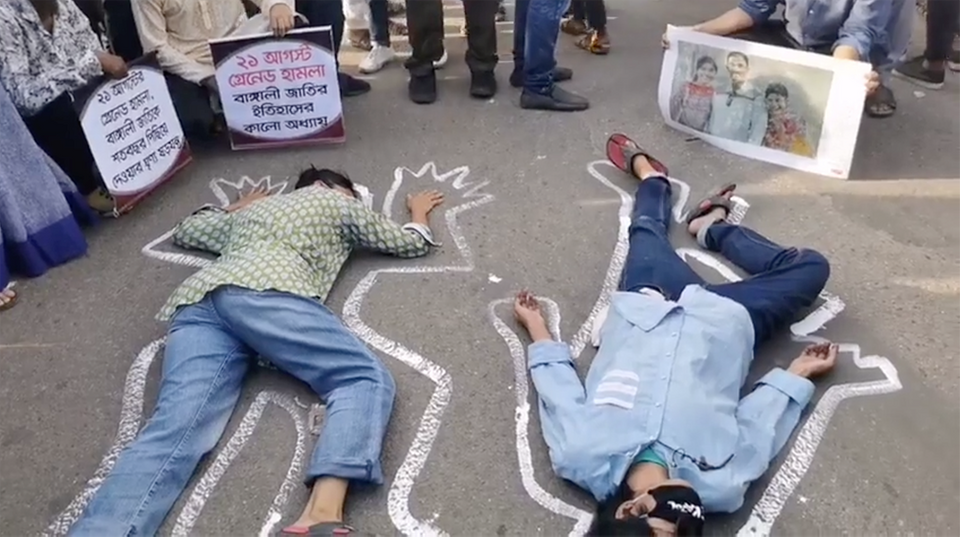 A still from the livestreamed video of the event, which protested extrajudicial killings in Bangladesh © Parvez Ahmed / Drik

According to a statement released by the protestors and published by the Daily Star, "more than 100 activists of the ruling party led by Hasibur Rahman Manik, the councillor of [the 26th ward] of Dhaka South City Corporation, stormed into the programme [...] The ruling party men then started pushing around the activists, snatched photos of the exhibition, tried to seize their mobile phones and stood in front of the Drik's banner wielding their own placards."

The assailing group was accompanied by Dhaka police, who reportedly "stood silently as witnesses" to the attack, according to the newspaper.

During the altercation, one photographic print was stolen and three others were damaged, according to Alam, who is also the founding director of Drik Gallery.

Alam, who was one of several persecuted journalists to be named Time Magazine's Person of the Year 2018, was arrested and held in custody by Dhaka police for 102 days in 2018. During this period Alam claims that he was tortured by police. Last year, he was nominated for the Prix Pictet award and received his first US survey exhibition at the Rubin Museum in New York. 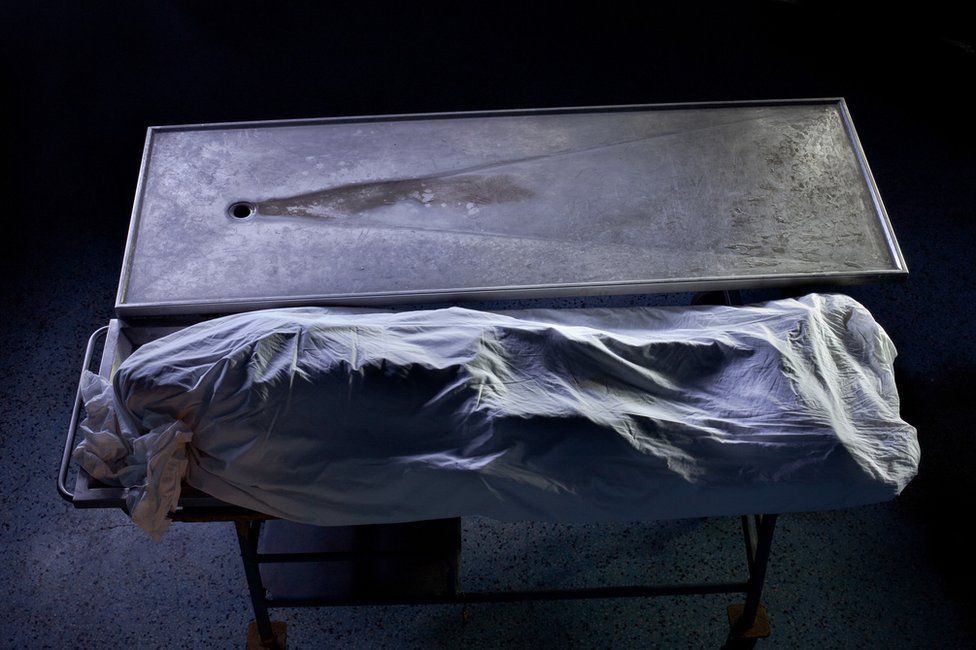 Crossfire is a series of large photographs addressing the widespread extrajudicial civilian deaths in Bangladesh, largely at the hands of the Rapid Action Battalion (RAB), a special unit of the Bangladeshi police. The RAB, which has been described as a "death squad" by the NGO Human Rights Watch, regularly abducts dissenting civilians, many of whom die in custody from bullet-sustained injuries. More than 1,000 people have been killed in crossfire in the past three years alone, according to Alam. The Bangladeshi government claims that incidents of crossfire death "are the result of law enforcement officers acting in self-defence".

Bangladesh currently ranks as one of the world's worst countries for freedom of speech and press, placing 151st out of 180 nations in a 2020 index. This July a controversial law called the Digital Security Act (DSA) was passed by the government, which saw more than 20 journalists arrested and charged with "defamation" for publishing social media posts criticising the government's handling of the coronavirus crisis. The law has been derided by human rights activists as "gagging of press".

When Crossfire was first shown in 2010 at Drik Gallery, it was shut down by riot police, Alam tells The Art Newspaper. "This is not an incident that can be easily ignored, and it reveals some disturbing truths about the state of our democracy. Do any and all supporters of the ruling party have a free pass in abusing their power with impunity? Can we claim to live in a democracy if protesters do not even have the right to peacefully stand together against an issue as serious as extrajudicial killings?" Alam asks.

He adds: "Despite this climate of fear and the persecution that we have faced, we are currently in the process of producing a documentary based on the day’s events. We are also gathering evidence, and the opinions of experts, to expose the government’s hypocrisy. We shall not be bowed."

At time of publication, a request for comment sent by The Art Newspaper to Hasibur Rahman Manik's office did not receive a reply, though other Bangladeshi media outlets have reported that he denies all claims.

about 15 hours ago
A grey single-pixel 'work' sells for $1.3m at Sotheby’s maiden NFT sale