Peasant Woman in front of a Farmhouse, once sold in a farmyard auction for £4, sold to a private collector 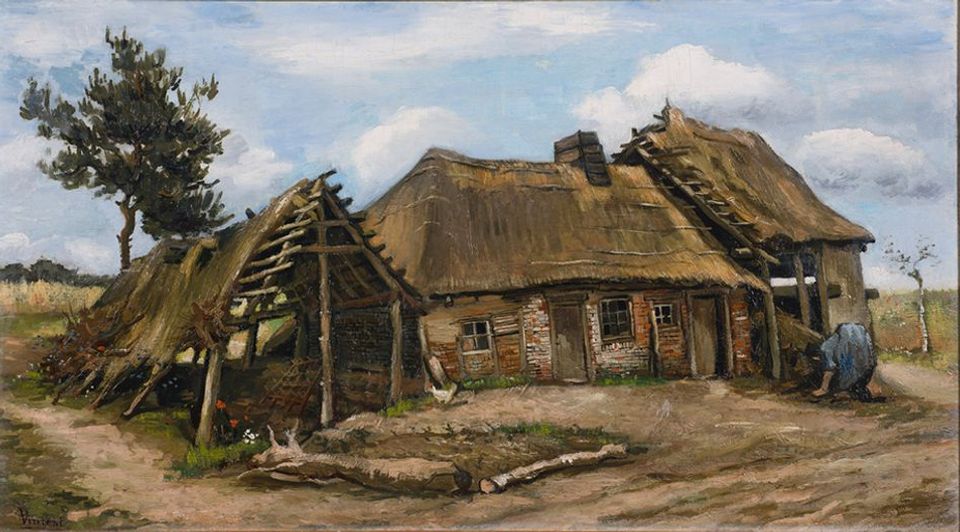 A painting by Vincent Van Gogh, which was was once bought for £4 at a farm sale in 1967 in Staffordshire and then for £45 in a London junkshop a year later, has sold to a private collector at Tefaf Maastricht for around €12m-€15m—the highest value reported sale so far at the Dutch fair.

Peasant Woman in front of a Farmhouse (Paysanne devant une chaumière) from 1885 is being exhibited at Tefaf by the London-based gallery Dickinson. "We are happy to say that subject to the usual contractural paperwork and anti-money laundering due diligence checks being carried out, we have agreed the sale of the Van Gogh," says Emma Ward, Dickinson's managing director.

Befitting the rural subject matter, before it was sold in 1967, the painting had hung in Billington Farm, just outside Stafford in the UK, although it was put in the attic when the family tired of it. According to the Holme family, which owned the farm, John Holme (1871-1952) accepted the painting in lieu of debt over agricultural supplies in 1929 and it was sold by his son, Charles, in a general farm sale when he retired.

As Martin Bailey writes in his Adventures with Van Gogh blog: "In September 1968 Luigi Grosso, an Italian working for the BBC, spotted a painting in what he told me was something between a junk shop and an antiques dealer in Belsize Park, in north London. Although signed “Vincent” (in the lower left corner), the shop owner assumed it was by an artist with that surname. But Grosso, knowing a bit about art, suspected that it might possibly be the real thing. He paid £45 for the picture."

With the aid of Alan Bowness, who had curated a recent show of Van Gogh's work at London's Hayward Gallery, Grosso got the painting authenticated and then sold it in 1970 at Sotheby’s in New York, where it was bought for $110,000 by Joseph Levine, the Hollywood film producer. Levine sold the painting in 1983, again through Sotheby's in New York, for $390,000 to Roberto Polo, described by Bailey as "a highly acquisitive Cuban-born American collector who a decade later was extradited to Switzerland over the misappropriation of more than $100m of investors’ money. He always maintained his innocence."

Despite numerous appearances at Sotheby's, it has only been lent once to an institutional show—at London’s Royal Academy of Arts in 2010.