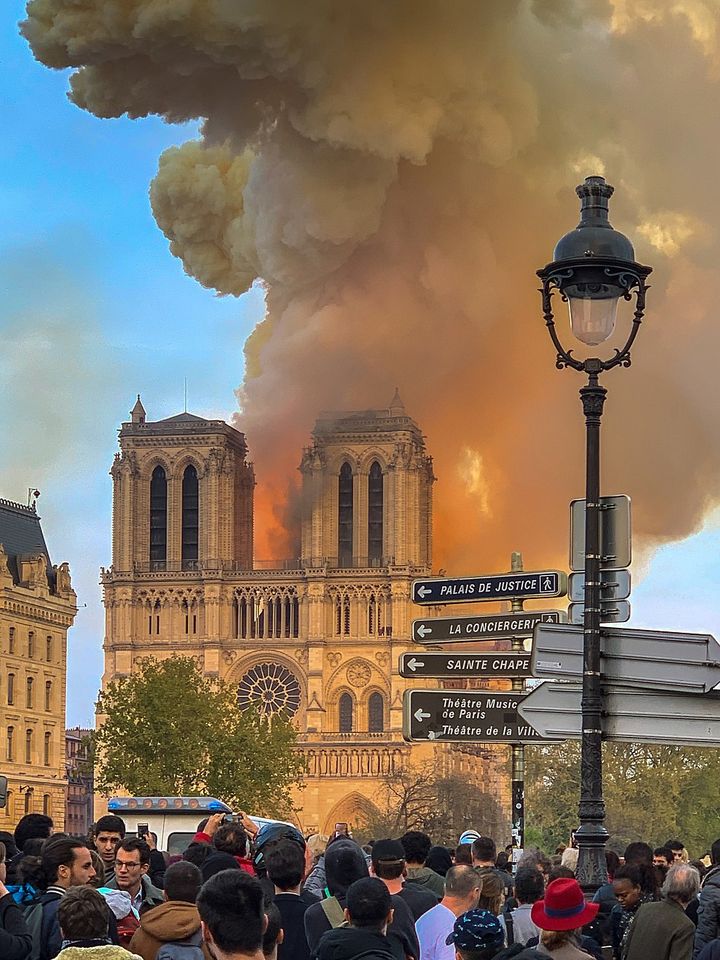 After the Notre Dame fire on 15 April, billionaires and businesses lined up to back the rebuilding campaign Photo: Milliped via Wikicommons

The former French culture minister Jean-Jacques Aillagon has called for tax breaks of up to 90% for companies who donate towards the reconstruction of Notre Dame cathedral which was engulfed by fire on Monday.

Aillagon is the director general of the Pinault Collection amassed by the French billionaire François Pinault. But in a surprise move, Pinault’s holding company Artemis announced earlier this week that it will not be seeking tax breaks after pledging €100m towards the reconstruction of the Medieval cathedral.

Aillagon tweeted his tax proposal earlier this week before the donation announcement was made. As firefighters tackled the blaze, Aillagon said: “I urge Parliament to vote as a matter of urgency special dispensation giving 90% tax reduction [relief] for donations that go towards rebuilding Notre Dame.”

In a second tweet, he added that “the State [should] quickly decree Notre Dame a ‘national treasure’ so that the donations made towards the reconstruction benefit from tax reductions of 90% [heralded] by the patronage law known as the Aillagon law.”

Under the 2003 Aillagon law, which was introduced by Aillagon himself, companies that invest in culture can claim up to 60% in tax breaks for cultural philanthropy. But his proposals sparked criticism on social media with one user commenting that “as an adviser to Mr Pinault, you are not in a position to give this kind of advice”.

After the Notre Dame fire, billionaires and businesses lined up to back the rebuilding campaign. François-Henri Pinault, the son of François Pinault and chief executive officer of the Kering Group which owns Gucci and Yves Saint Laurent, announced the €100m gift.

In a statement issued by Artemis, the company says that it will not claim tax relief. "The donation for Notre Dame will not be subject to tax deductions. The Pinault family considers that it is out of the question to charge French taxpayers.” Total and LVMH did not respond to requests for comment.

François Pinault plans to open his own museum in March next year at the Bourse de Commerce building near the Louvre; the new space, designed by the architect Tadao Ando, will house part of Pinault’s vast contemporary art collection. "As for the museum at the Bourse, the family will not claim the tax benefit that this [project] could claim under the 2003 law on sponsorship,” the Artemis statement adds.