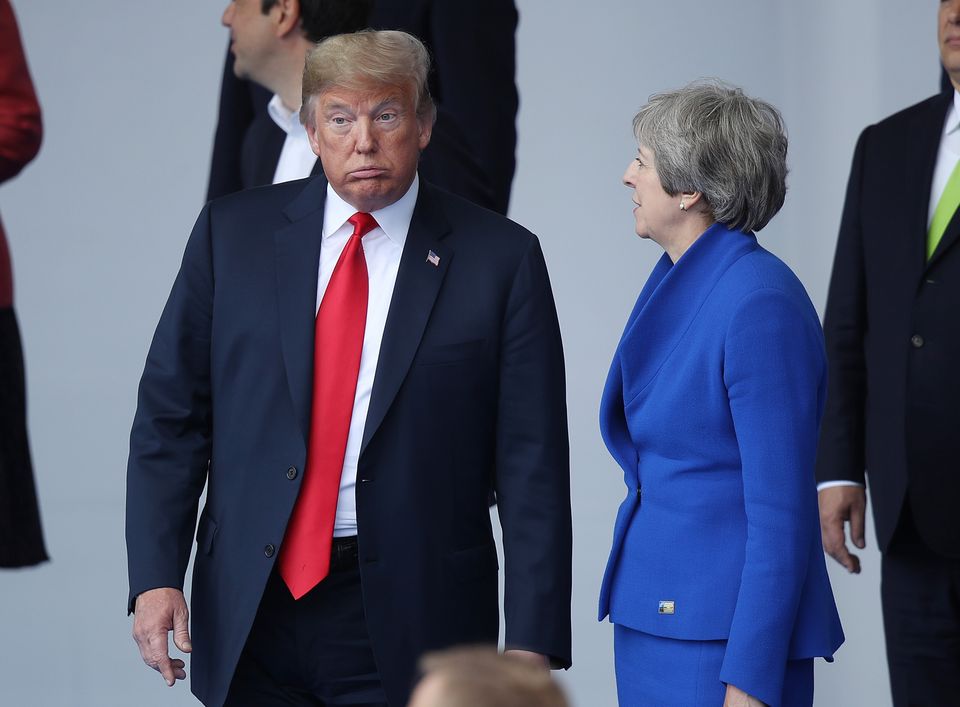 As Donald Trump touches down in the UK today (12 July), leading art world figures have expressed their anger and concern over the US president’s stance on issues such as immigration and social welfare.

Norman Rosenthal, the esteemed former exhibitions secretary at London’s Royal Academy of Arts, says past shows at Blenheim Palace by Ai Weiwei and Jenny Holzer are being “severely compromised” by Trump’s banquet at the historical venue this evening.

“You could not name two more exemplary, politically prominent artists than Jenny Holzer and Ai Weiwei,” Rosenthal says. “If you want to show artists such as these, you have to accept the moral consequences.” The curator points to Ai’s recent documentary, Human Flow, which highlights the shocking plight of refugees around the world. Trump has been roundly criticised for his restrictive immigration policies.

Michael Frahm, the director of the Blenheim Art Foundation, says the palace was approached by the British government as a venue for an evening banquet on the occasion on Trump’s visit. “All aspects of the visit are being handled jointly by the British and US governments,” he adds.

However, Rosenthal says the Blenheim Art Foundation and Trump’s banquet should not be separated. “Privileged people ought to know better, they should make a stand,” he says.

Other art world figures are reacting to Trump’s visit. The UK artist Ryan Gander, who is unveiling new works at the Liverpool Biennial this week (14 July-28 October), says that the president’s policies echo Margaret Thatcher’s comments of 1987 when the late Conservative leader said that “there is no such thing as society”. Gander says that Trump is “all about a culture of me rather than a culture of the collective. If someone falls in the street, you don’t help them—that is Trump’s attitude.”

The director of the biennial, Sally Tallant, also highlighted in her opening address Trump’s UK stop-over and the impact of Brexit. “This moment of uncertainty frames the political environment in which we operate. Artists are trying to find a position in this world,” she said. “The biennial asks Beautiful world, where are you?—a question derived from a 1788 poem by the German poet Friedrich Schiller. Today the poem continues to suggest a world gripped by deep uncertainty; a world in social, political and environmental turmoil,” the organisers say.

Meanwhile, the activist behind the inflatable Trump Baby due to fly above Parliament during the US President’s visit has announced that the blimp will go on a world tour. Leo Murray, an environmental campaigner, told Newsweek: “We’re going to look at Trump’s diplomatic itinerary over the next 12 months and we’re going to reach out to activist groups and communities that are unfortunate enough to be expecting a visit from the president, and see whether they would like to fly Trump Baby over their venue.”