Some of the 15,000 women who were raped or sexually assaulted during the 53-year war in Colombia are telling their stories through a new memorial 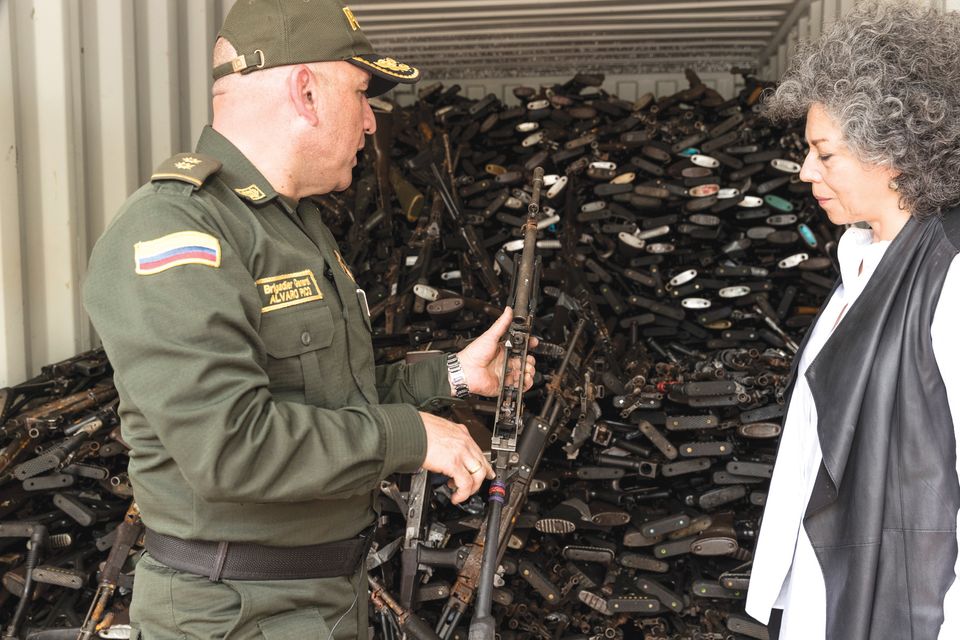 “In peace processes all over the world, women have been called upon to testify and to forgive what happened to their fathers, brothers and sons,” says the Colombian sculptor Doris Salcedo, “but never to talk about themselves and what has happened to their own bodies.” Now, some of the 15,000 women sexually assaulted during the 53-year war between the Colombian government and leftist Farc rebels are telling their stories through a new memorial—or “anti-monument”, as Salcedo calls it—to mark the signing of the peace deal almost two years ago.

For the project, titled Fragmentos (“fragments” in Spanish), Salcedo used 37 tonnes of weapons turned over by Farc fighters, which she melted down, mixed with cold rolled steel and set into slabs. Salcedo and the women pounded the metal into 1,300 tiles, which now form the floor of a Carlos Granada-designed contemporary art centre that is due to open in Bogotá on 10 December.

It was a cathartic and poignant process, Salcedo says. “The women’s reaction was extraordinary because of their awareness that the gun’s meaning was being transformed by their agency of hammering and reshaping the metal. They were quite moved to realise that they were making art and history,” she says.

The project was initially met with resistance from Farc commanders who envisaged 48 mini Arc de Triomphe-style monuments to honour each of the 48 rebel battalions that disarmed. But Salcedo managed to talk them round. “The guerrillas wanted the guns to continue this myth of the warrior, of the person who frees your country using violence. But as a female sculptor, the last thing I wanted to do was build an obelisk,” she says.

Salcedo decided instead to open a dialogue about what it means to be a victim. “In any country or in any war, there is no such thing as the perfect victim. There are perpetrators who are often also victims. And some victims who eventually become perpetrators. So it’s a far more complex view of what it means to be responsible for war crimes,” she says. 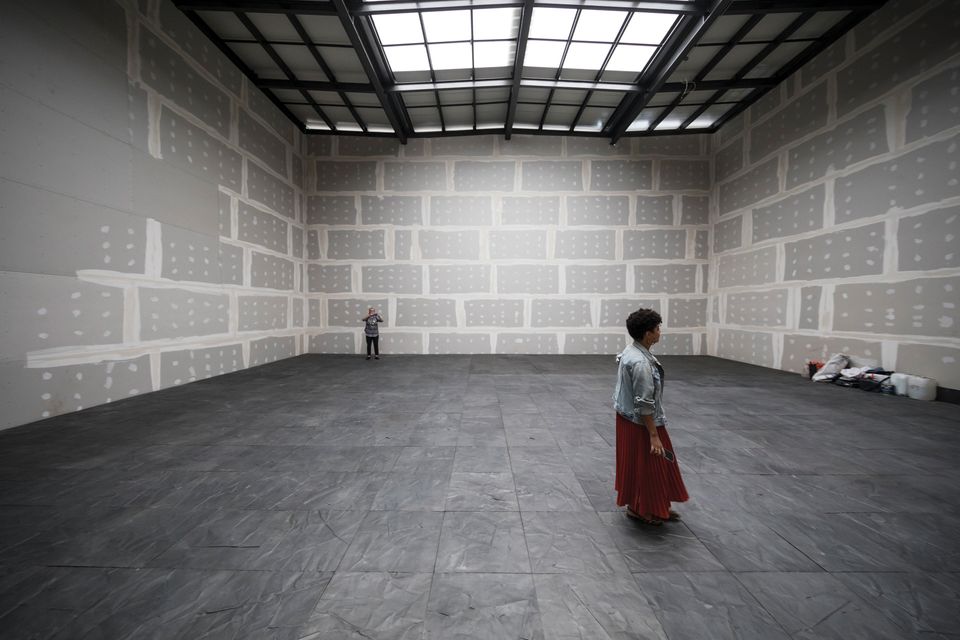 Installation view of Doris Salcedo's Fragmentos, before the walls were finished Credit: Juan Fernando Castro/Courtesy of the artist

Using this argument, the Farc rebels began to recount their own harrowing experiences. Some had been recruited as children, others had seen members of their families tortured and killed. Guerrilla girls had been raped by the army or by their own guerrilla commanders. “In our war, everybody is a little bit of everything,” Salcedo says.

Despite getting the Farc commanders to sign off on the design a year ago, the artist says she has since faced hurdles from all sides. The only foundry in Colombia with the capability of melting the weapons is owned by the army. “They were reticent, it was difficult to get them to work with the guerrilla gangs because they had been enemies for more than 50 years,” Salcedo says.

Some guerrilla leaders remain opposed to the project. “They question the fact that people will be able to walk over their arms,” Salcedo says. “But that is fine. This is a space that invites enemies and opposites to engage in difficult and dissonant dialogues. We don’t have to agree, but we don’t have to kill each other either. We managed, through dialogue, to disarm 10,000 men.”

However, while the murder rate has plummeted since the peace deal, the situation is in many ways “as dire as it was before”, Salcedo says, noting how new gangs are occupying the territories that the guerrillas gave up. “There are improvements, but to implement a peace process will take 15 to 20 years,” she says. “But, at least women now have the possibility to talk, to renounce what happened to them. And that is a huge achievement.”