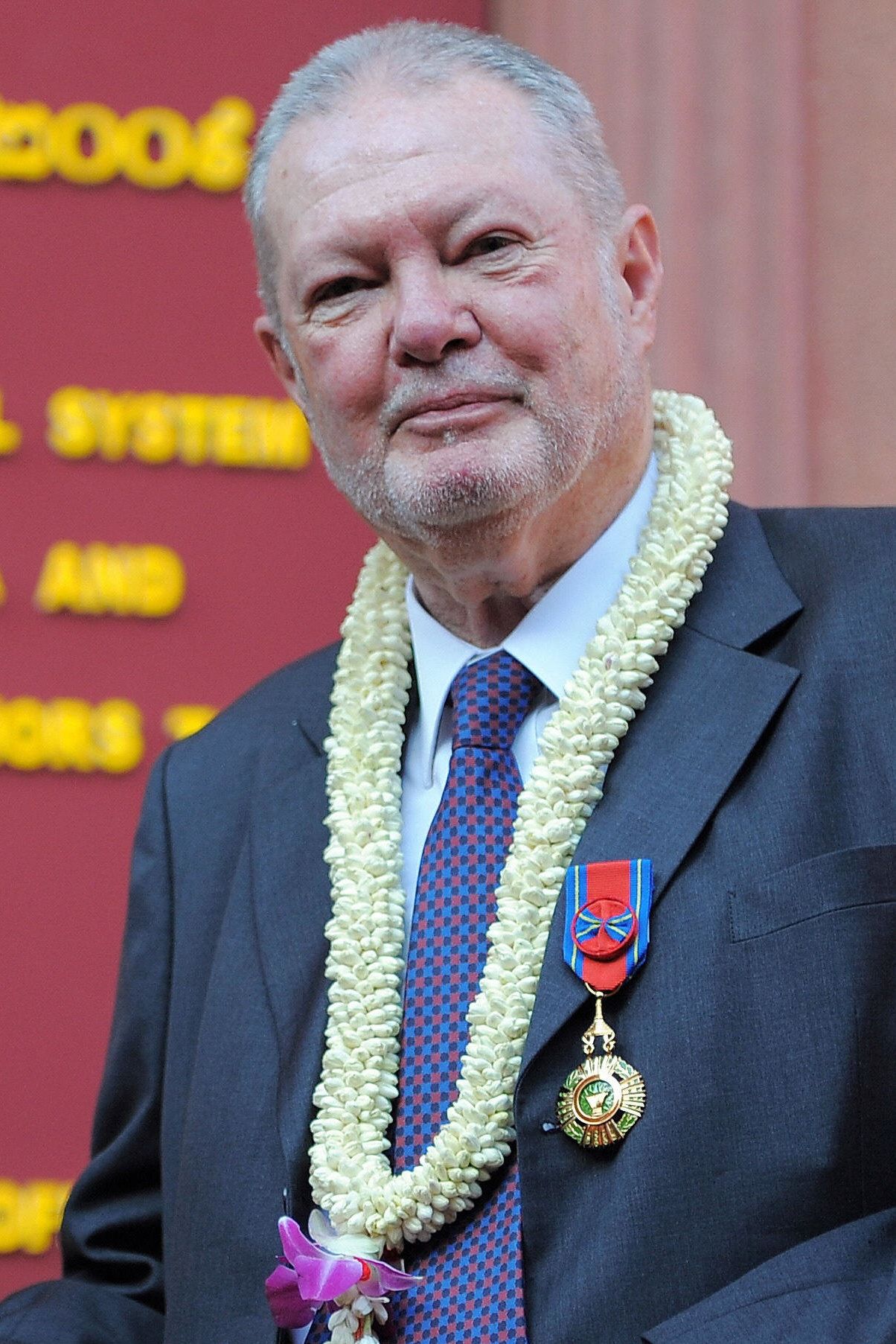 Douglas A. J. Latchford, who was once honored by the Cambodian government for donating Khmer Empire antiquities to the national museum and was charged last year with trafficking in looted relics, has died. Tang Chhin Sothy/Agence France-Presse via Getty Images

Douglas Latchford, an expert and dealer in Khmer and Indian antiquities, has died in Bangkok at the age of 89.

His family confirmed to The Art Newspaper today that Latchford died on 2 August. A private funeral has already taken place.

A self-described "adventurer scholar", Douglas Latchford was born in Mumbai (then Bombay) to British parents. He settled in Thailand in 1951, where he became successful in the pharmaceutical and property businesses, before running body-building competitions. He was himself a large man, who took pleasure in telling  journalists visiting his house full of statues of Buddha and Siamese or Burmese gods, how he became interested in South-Eastern art while travelling dirt roads in Thailand and Cambodia to explore ruins and local antiquities’ markets.

Latchford built a reputation as an expert in Khmer antiquities, co-writing three reference books with the American academic Emma Bunker. In the 1970s he became one of the most prominent suppliers of Cambodian art to museums and collectors in the US and Europe, notably through Spink’s in London. Latchford has even been “described as a one-man supply-and-demand for Cambodian art for half-a-century,” according to Tess Davis, the director of the Antiquities Coalition, adding: “If I were a museum curator, I would check every Cambodian piece acquired after 1965 just to be safe; that’s how prolific he was.” In 2010, Latchford told the Bangkok Post that “most of the pieces he has come across have been found and dug up by farmers in fields”. He liked to see himself as a rescuer of works of art which were long abandoned and might have been destroyed in Cambodia’s civil wars.

But not all agree—scholars have been concerned by the appearance in his books of several antiquities lacking a clear provenance. Latchford name’s appeared in the sale of several works of art from the Khmer capital Koh Ker which US museums like the Metropolitan and the Norton Collection have had to return to Cambodia since 2013. Sotheby’s was also forced to send back to Phnom Penh a statue from Koh Ker reclaimed by Cambodia.

And, last November, a New York District Attorney announced the indictment of Latchford for alleged smuggling and trafficking in stolen and looted Cambodian antiquities. The federal charges, brought by the US Justice Department, outline a decades-long scheme allegedly run by Latchford to smuggle looted artefacts out of Cambodia and sell them to museums and collectors in the West. “In order to conceal that his antiquities were the product of looting and smuggling”, the indictment claims, Latchford allegedly created “false provenances” and “falsified invoices and shipping documents”.

Latchford always denied any wrongdoing and any involvement in smuggling. “His collection was substantially put together long before cultural heritage laws were introduced. The world was very different in those days, it is wrong to perceive his actions solely through a 2020s’ lens," a close friend of Latchford tells The Art Newspaper.