Unknown Dürer drawing to be sold by London dealer

One of very few examples in private hands, the work from an American collection is coming to the market via Agnews 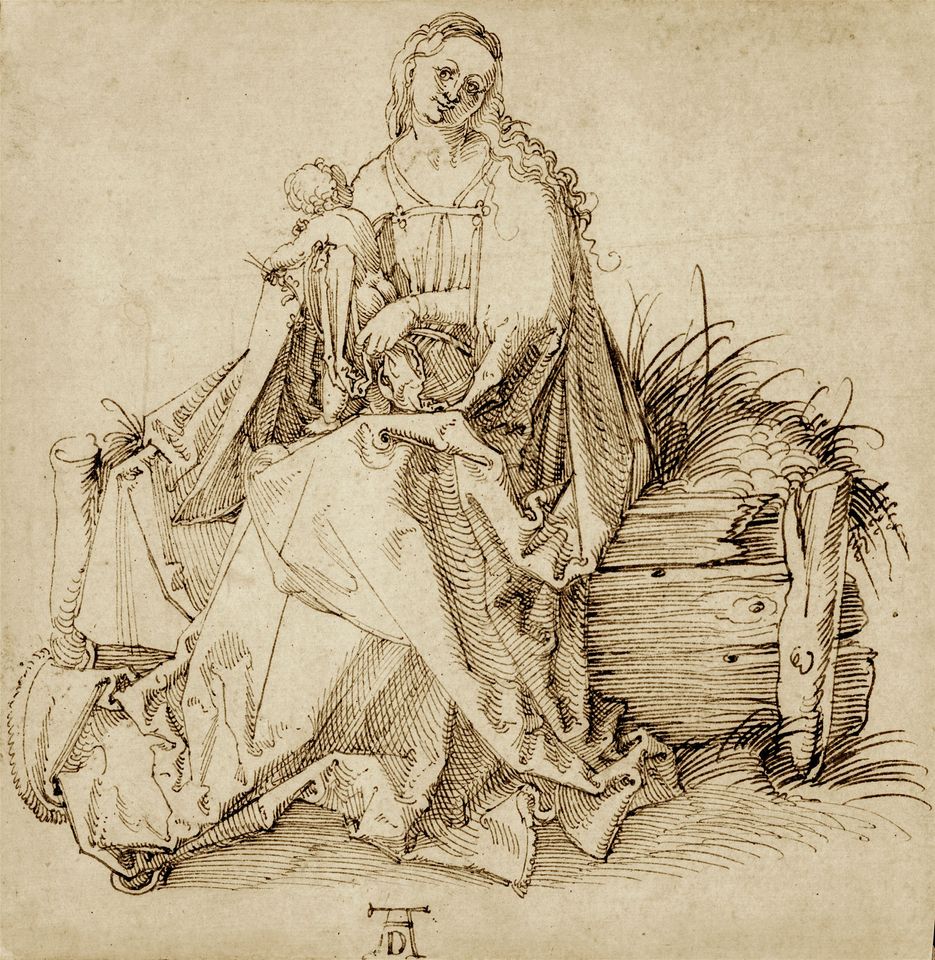 Albrecht Dürer, the Virgin and Child (around 1503) © Agnews, London

An unpublished Albrecht Dürer drawing has been discovered and is being sold by the London dealer Agnews. Dürer has been famous ever since his death in 1528, so unknown works are very rare.

The seller of the drawing is an unnamed American collection, probably the descendants of the architect Jean-Paul Carlhian, from Concord, Massachusetts, who died eight years ago.

The Virgin and Child has been dated to around 1503. Agnews argues that it is a highly finished study for one of Dürer’s finest watercolours, The Virgin with a Multitude of Animals (1506), now at the Albertina in Vienna. In particular, the drapery in the two works is similar. Christof Metzger, who curated the Albertina’s Dürer exhibition (which closed in January), has confirmed the attribution of the Agnews work, which has an authentic “AD” monogram. 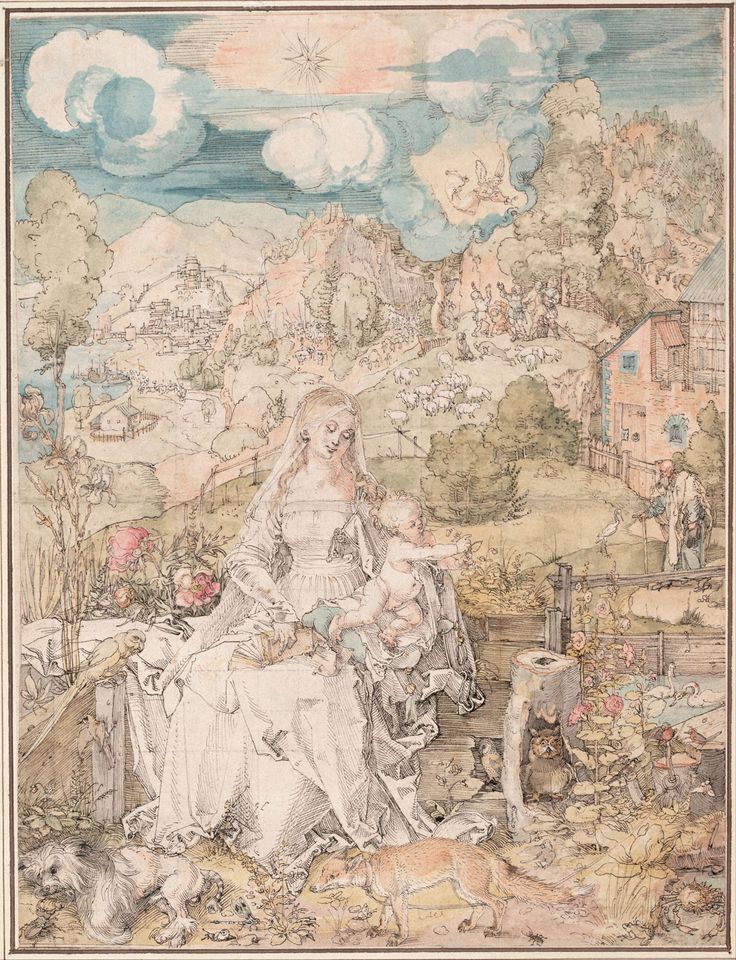 The Agnews ink drawing, on fine Italian paper, depicts the Virgin seated on a grassy bench, smiling at the viewer. The Christ child is unusually posed, standing on her lap and holding a flower. He turns away, showing his exposed buttocks as he picks a flower for his mother.

The work’s early provenance remains uncertain. Metzger believes the drawing was probably originally acquired in 1568 by the Nuremberg merchant Willibald Imhoff, who collected Dürer’s work and inherited the library of the artist’s close friend Willibald Pirckheimer. The drawing would then have passed to the Holy Roman Emperor Rudolf II in 1589. In 1809 it is likely to have been part of a large group of Dürers which was seized and taken from Vienna to Paris in unclear circumstances.

The Virgin and Child is among four Dürer drawings which were almost certainly sold by James Alexandre de Pourtalès-Gorgier to the Paris-based Maison Carlhian furniture and interior decoration company in the early 20th century, possibly in partnership with the dealer Joseph Duveen. It then passed to André Carlhian, probably after 1939, and later to Jean-Paul Carlhian.

Agnews is not displaying the drawing at the Tefaf fair in Maastricht, which opens on Saturday. No price has been disclosed by the gallery’s director, Anthony Crichton-Stuart. Very few Dürer drawings remain in private hands. In 2016 Sotheby’s had offered one with an estimate of $1m-$1.5m, which failed to sell, but this was for a less attractive work and not of the quality and condition of the Agnews example. The Virgin and Child would be worthy of a museum.