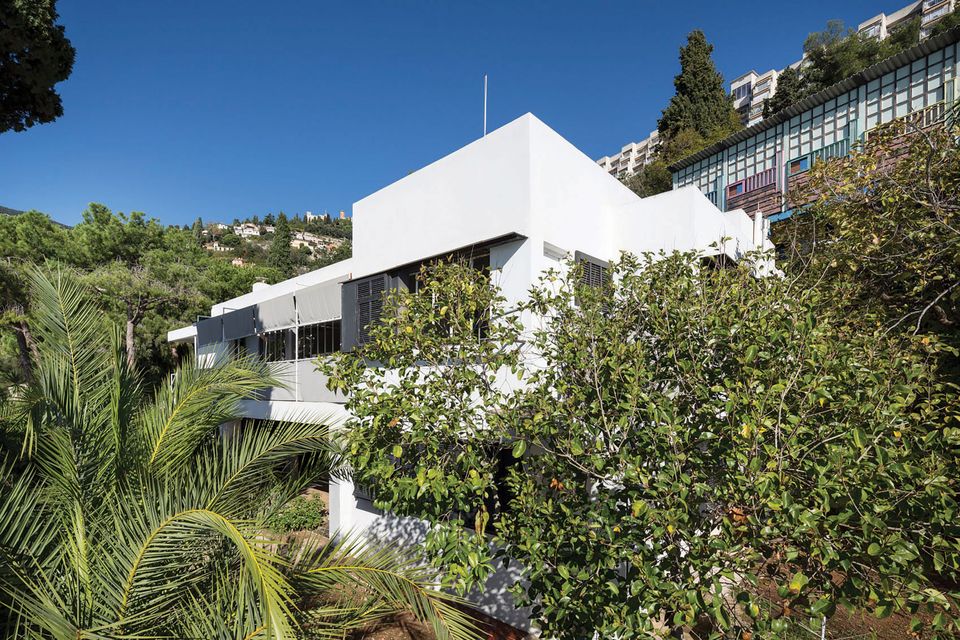 Eileen Gray and Jean Badovici's Villa E-1027, completed in 1929 in Roquebrune-Cap-Martin in the south of France, has been refurbished © Manuel Bougot

Eileen Gray and Jean Badovici's Villa E-1027 and Le Corbusier's Cabanon hut have reopened in Roquebrune-Cap-Martin in the south of France after extensive restoration work on the Modernist coastal properties.

Designed by the Irish architect and designer Eileen Gray and Jean Badovici, the Romanian architect and editor of L'Architecture vivante, as a vacation retreat, Villa E-1027 was Gray's first architectural creation. She spent three years working with Badovici on the layout of the 1929 villa and designing furniture such as its Transat and Bibendum armchairs.

The name of the home, which is classified as a historical monument, was derived from interlinking her and Badovici's initials: E for Eileen; 10 for the J in Jean, the 10th letter in the alphabet; 2 for the B in Badovici, and 7 for the G in Gray. Gray lived there only until 1932, but Badovici used it until his death in 1956.

In 1999 the villa was acquired by the Conservatoire du Littoral, a coastline conservation body that is part of France's Ministry of Ecological and Inclusive Transition, which already owned the Cabanon. A decade later, a decision was made to restore the villa, which had been modified by its interim owner and fallen into disrepair.

In 2014 the Conservatoire du Littoral called upon Michael Likierman, a retired British businessman and former chief executive of Habitat France who had previously renovated a historic house and garden in Menton to oversee the renovation and return the properties to their original state. Likierman set up the Cap Moderne Association, of which he is president.

Launched in 2015, the restoration project has unfolded for six months at a time from October to April each year; in the summer months, the properties have remained open to visitors. According to an agreement signed in 2017, the Centre of National Monuments is managing the visits and will take over the site in 2020 once the final renovations have been completed.

Le Corbusier, the Swiss-French architect born as Charles-Édouard Jeanneret, painted seven large, exuberant murals in the villa, some of them brightly coloured or sexually graphic, in 1938-39 at Badovici's invitation. They were damaged during the Second World War, and Le Corbusier restored them twice, in 1949 and 1963. Three paintings on the exterior have disappeared. 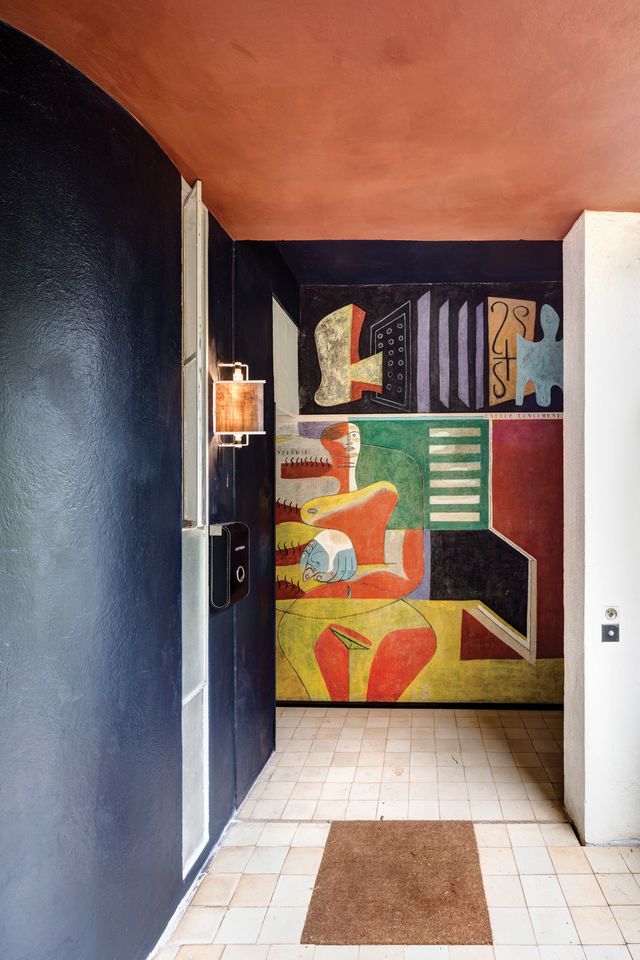 The paintings posed the most complicated challenge at E-1027, Likierman says. “It was delicate restoring the concrete structure without damaging the paintings that were painted directly onto it,” he explains.

Much of the restoration has focused on meticulously replicating Gray's designs and respecting her attention to detail. Last winter, the kitchen was entirely restored while referring to archived photographs and drawings. “We found a stove and a water filter of that period says Likierman. “Eileen Gray never cooked anything herself–she had a maid and the kitchen had a bell where you could call the maid and she'd come running.”

The dining room table had an electric light attached to it; next to it Gray created a mobile bar that can be flipped open when in use while serving guests drinks from nearby shelves that included “a wonderful little box in which Eileen Gray stored fresh lemon that she grew on the terrace”, he says.

Likierman has been collaborating on the E-1027 restoration with DRAC PACA, a regional body that is part of the French Ministry of Culture, as well as the architect Claudia Devaux and the specialist architects Renaud Barrès and Burkhardt Rukschcio, who are experts on Eileen Gray and 20th-century furniture. They have created an identical copy of Gray's desk, which also functioned as a drawing table, and remade its swivels with sponsorship from the Office of Public Work in Ireland. It will be installed in Gray's studio this summer.

While some of the mobile furniture has been recreated by Aram, a London-based furniture company, other pieces of fixed furniture have been made by craftsmen in France and Austria who studied the plans and original photos. The final phase of the project is restoring the lower floor, including a guest room and maid's room, this winter.

So far, the renovations have cost €4.5m, says Likierman, half of which has come from the French state and half from fund-raising. Another €1m needs to be spent on the final phase, of which half must still be raised.

By contrast, the Cabanon, a 3.66m-by-3.66m austere summer cabin that Le Corbusier built for himself and his wife, Yvonne, in 1952, needed far less work. When Le Corbusier died in 1965, the foundation that oversaw his estate gave the Cabanon to the Conservatoire du Littoral to look after, Likierman says; it is both a historical monument and a Unesco World Heritage site. He says that restorers have treated a wall painting by Le Corbusier in the Cabanon that had suffered from the coastal climate. Systematic maintenance is now carried out there, and visitors are admitted only in small groups to limit their impact. 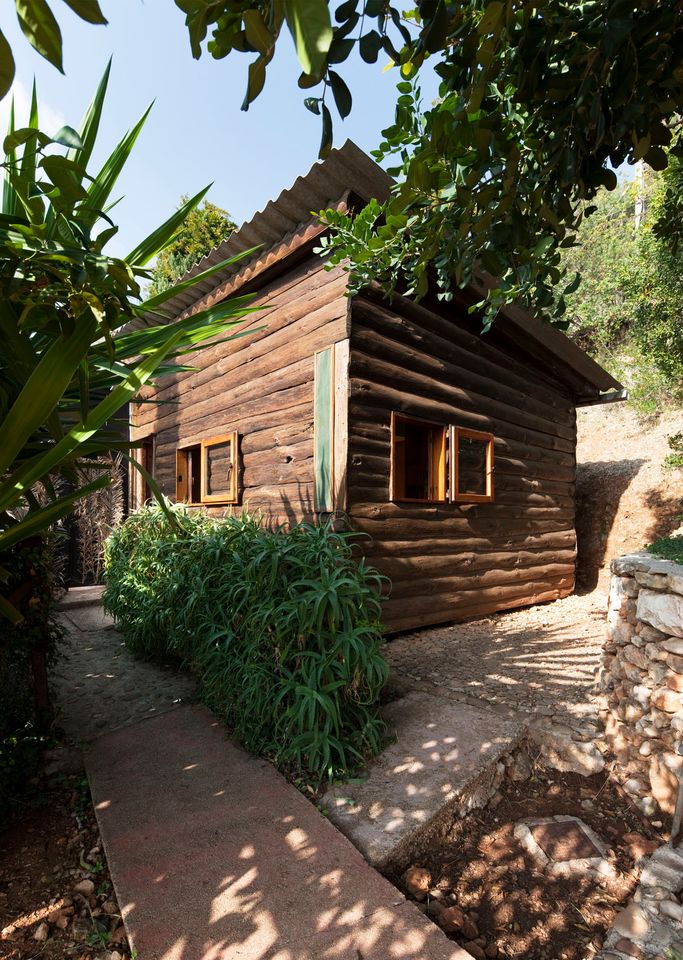 Likierman's team has also restored the Unités de Camping at Roquebrune-Cap-Martin, five holiday cabins that were designed as a prototype for leisure living by Le Corbusier in 1956 for Thomas Rebutato in exchange for the plot of land on which he erected the Cabanon. Adjacent to the cabins is the Etoile de Mer restaurant opened by Rebutato, which features paintings by Le Corbusier on the terrace side and paintings and drawings by Rebutato in the barroom. 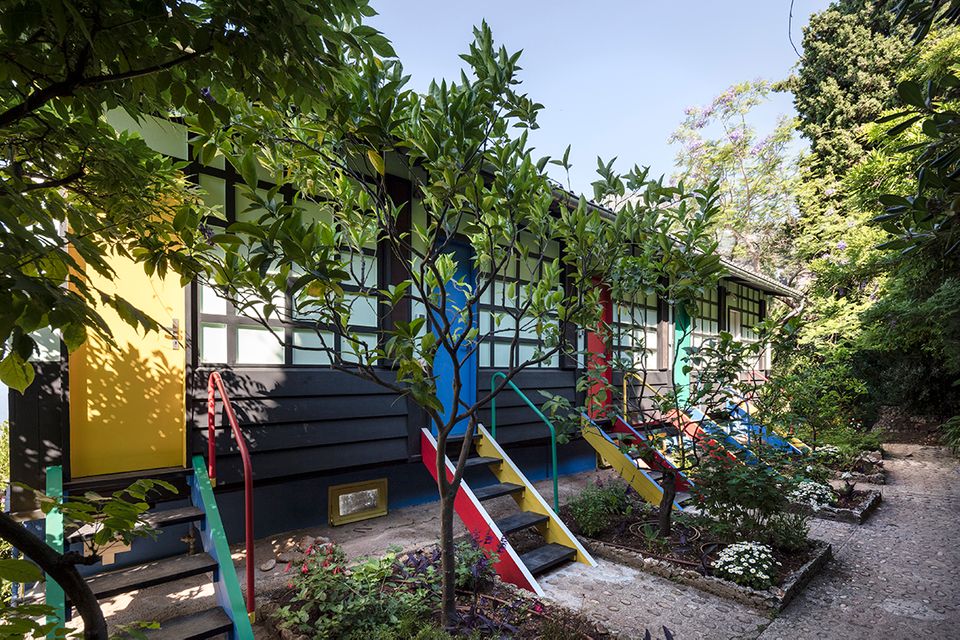 On 29 June, an exhibition, Life at the Seaside on the Côte d'Azur in the 1920s-1950s, is to open in the local railway station's warehouse and will run through 31 October.