The artist's work dealt head-on with what it meant to be an African American woman amidst the civil rights movement, and she was a member of such collectives as Spiral and the Guerilla Girls 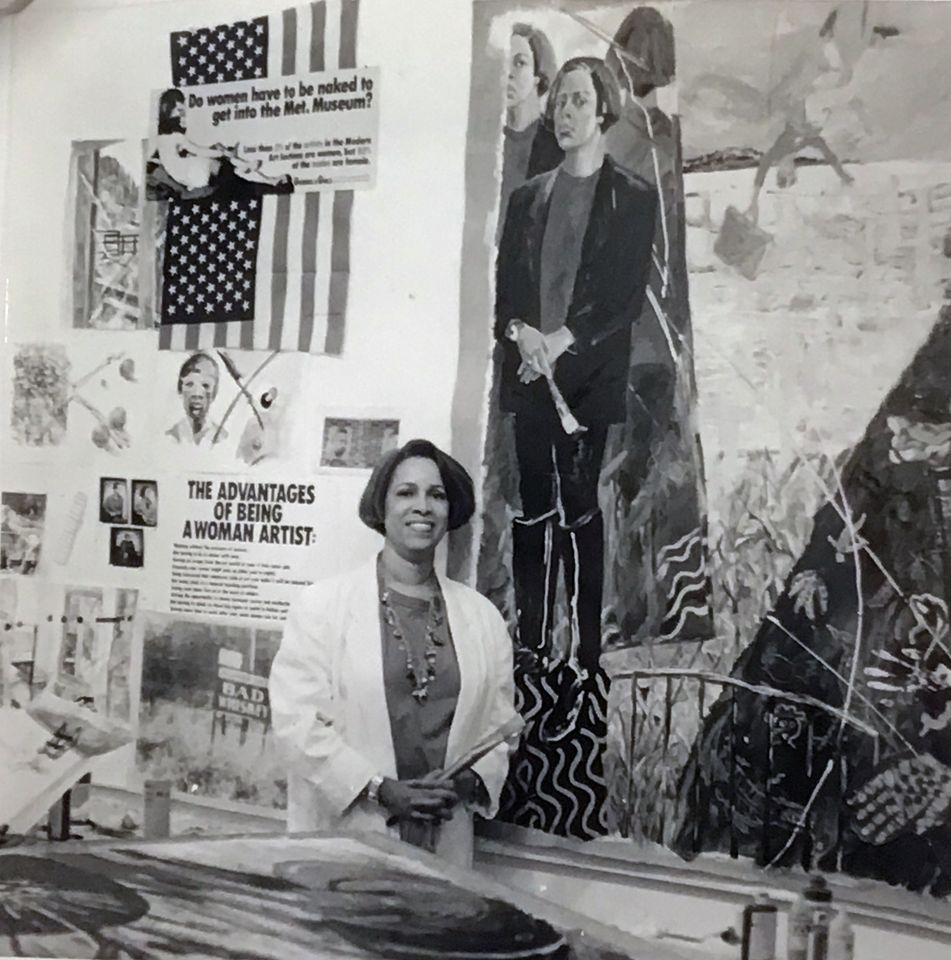 Emma Amos, a figurative painter and printmaker whose work dealt head-on with what it meant to be an African American woman against the backdrop of the civil rights movement, has died at 83. Her gallery, Ryan Lee, said that her death followed a long struggle with Alzheimer’s.

Amos was born in Atlanta in 1937 and attended what were then segregated city public schools. At 16 she enrolled  at Antioch College in Ohio, spending one year of her education abroad studying painting, weaving and printmaking at London's Central School of Art. After completing her bachelor’s degree in Ohio, she returned to the Central School of Art for a degree in etching, which she received in 1959. In 1960 she had her first solo exhibition in Atlanta, and she moved to New York later that year.

Amos was a key member of the New York-based African American collective Spiral, formed in  response to the 1963 March on Washington. In the 1970s she was an editor at Heresies, a feminist journal that published texts by Ana Mendieta, Adrian Piper and others, and after their founding in 1985 she became a member of the Guerrilla Girls, the hugely influential group of women artists who exposed misogyny in the art world. It's hard to date exactly when Amos joined the Guerrilla Girls, as its members are anonymous, but in a 2011 oral history interview with the Smithsonian Institution’s Archives of American Art, she mentioned being “a member of a very famous clandestine women's group that worked at night and did not ever go out without masks on our faces,” and her gallery confirmed that she was referring to the Guerrilla Girls.

Her painting and printmaking incorporated a dizzying range of references to white hegemony, racism, sexism, craft and the black female body. “If there is one thing made clear by these feverish amalgams of painted and printed images,” wrote Vivien Raynor in a New York Times review of Amos’s 1995 solo exhibition at the Montclair Art Museum, “it is that the artist's gift is for depicting, with disturbing accuracy, chaos that is irreversible.”

Like many female artists and artists of colour who came of age alongside her, Amos drew major critical attention relatively late in life, despite decades of exhibitions.  Her recent inclusion in traveling museum exhibitions like Soul of a Nation: Art in the Age of Black Power and We Wanted a Revolution: Black Radical Women 1965-1985 brought her a surge in popularity.