Carrie Mae Weems, Ed Ruscha, LaToya Ruby Frazier and other artists have had 'enough' of Trump

The campaign, launched by the advocacy group People for the American Way, aims to motivate people to vote in November 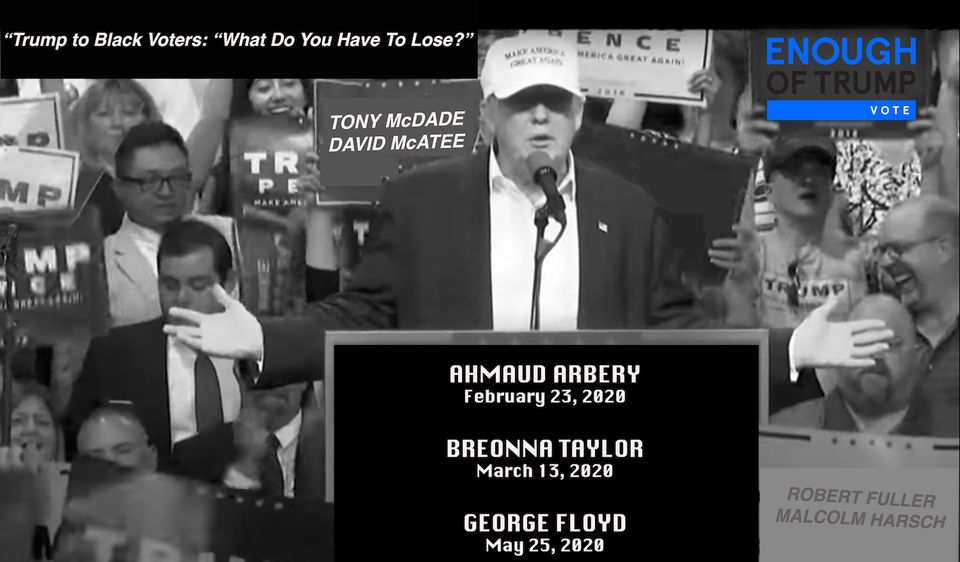 Leading American artists, including Carrie Mae Weems, Jeffrey Gibson, Hank Willis Thomas and Ed Ruscha, are participating in the Enough of Trump campaign, an initiative launched this week by the Washington, DC-based advocacy organisation People for the American Way that aims to motivate the public to vote ahead of the general election in November and remove US President Donald Trump from office.

Weems, who played a central role in organising the project, says artists have historically had a leading role in social change movements, and that “in creating art that expresses what we have had ‘enough’ of in the Trump era, we can address the corruption, ignorance and racism that are so devastating to so many of us”. The artist LaToya Ruby Frazier adds that the project aims to “move people on a deeper level—and ultimately move us all to vote”.

Works in the campaign, which can be downloaded or purchased, point to Trump’s inflaming of racial tensions and his failure to properly handle the Covid-19 pandemic as among the reasons to end his presidency. The website provides links where users can share works featured in the campaign, and submit their own art. In the coming months, the messages will be displayed on billboards, storefronts that have been closed due to the pandemic, and at union halls and other sites.

Ben Jealous, the president of the organisation, says in a statement that the project “couldn’t be more timely”. He adds: “Our country is in crisis over the racial injustice, economic disaster and public health emergency that have all been amplified and exacerbated by Donald Trump. The campaign captures this moment through art in a way that is both unique and complementary to the activism going on in the streets.”