In their first collaboration, the gallerists are showing 300 works priced from $30,000 to $10m

Around 300 works, spanning the period from antiquity until the 19th century, will go on view next month as part of a selling exhibition in New York for three European dealerships. The galleries—Alessandra Di Castro from Rome, and Galerie Brimo de Laroussilhe and Galerie Kugel, both from Paris—are staging the untitled show between 14 and 30 October on two full floors of Academy Mansion, a 26,000 sq. ft building designed by the architect Frederick Sterner in 1921. The event is the first collaboration between the dealers.

The works will range in price from around $30,000 to around $10m. They include a 16th-century bust of the Roman Emperor Caracalla (brought by Di Castro, priced at $1m), a 13th-century reliquary box depicting the Crucifixion (Galerie Brimo de Laroussilhe, $875,000) and a desk made for Catherine the Great by the German cabinetmaker David Roentgen (Galerie Kugel, $8.7m). 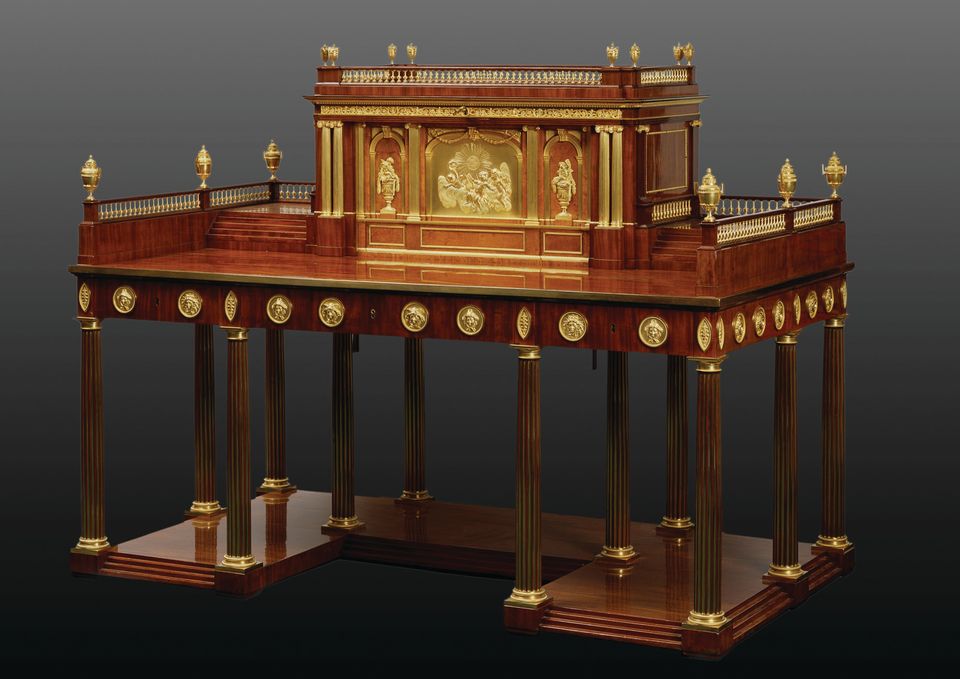 Ormolu-mounted mahogany and amboyna “bureau à gradin” (1787) made by David Roentgen for Catherine the Great;

“There are no guidelines for the show, really, except for quality and taste,” says Nicolas Kugel. “Dealers give collectors the opportunity to buy things. If they’re not exposed, they’re not buying.”

He adds that not everyone “has the time to travel to Maastricht or Paris” to look for Roman antiques, Medieval art or Old Master paintings. “There are some passionate collectors [in the US], but there are also some new people who would be curious to see what you can get in the market at this high a level.”

Although Kugel does not plan any permanent expansion into the US, he says the Academy Mansion space, where works will be arranged to match the existing decoration, would be “an ideal gallery if ever we were to open one”.

Alessandra Di Castro says the three dealers “want to urge collectors and specialists in US museums to come and see our galleries in Paris and Rome”.

Beyond that, Kugel says, the show is an experiment. “Frankly, I don’t have a precise idea about what to expect, but I’m just hoping people will be curious to see what we can do. We don’t have a specific plan. We’re just bringing nice things and showing them nicely.”