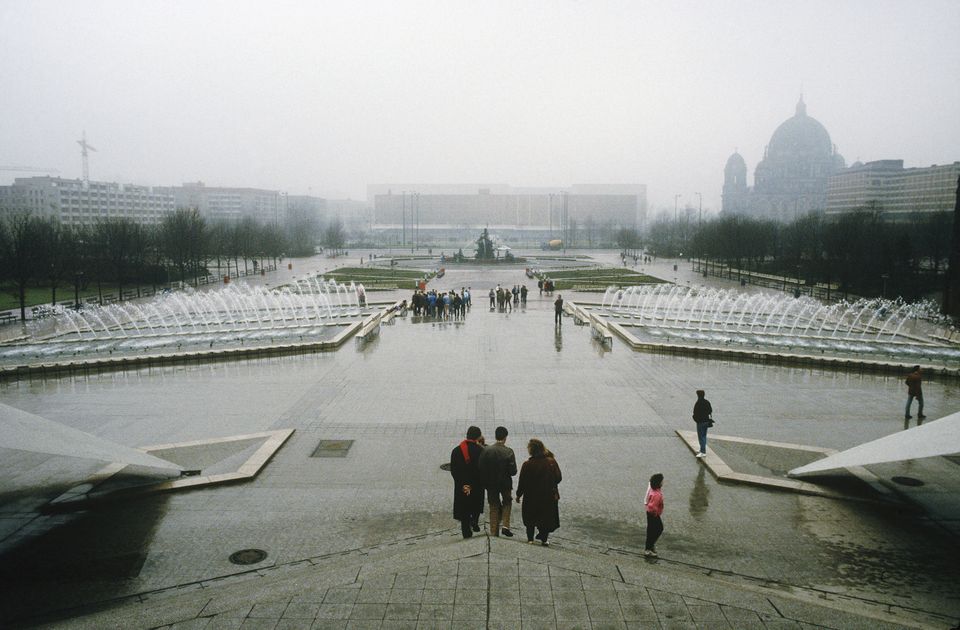 Berlin’s Palast der Republik, the asbestos-riddled home of the powerless East German parliament that was demolished more than a decade ago, is being commemorated in a new exhibition at the Rostock art museum, a building also constructed under the Communist regime that narrowly escaped the same end.

The Kunsthalle in Rostock, a city on the Baltic coast, opened in 1969 and remains the only art museum built during the 41-year existence of the German Democratic Republic. Visitor numbers fell from as many as 100,000 a year before 1989 to as few as 6,000 a year after the fall of the Berlin Wall. In the 1990s, city authorities considered turning the museum into a shopping centre or a car salesroom, says its director, Jörg-Uwe Neumann.

Now, before a comprehensive renovation next year, the Kunsthalle is opening the show Palast der Republik: Utopia, Inspiration, Politics (1 June-13 October), examining the art, design, history and architecture of the defunct parliament building.

With its distinctive bronze-glass facade, the steel-framed Palast der Republik was more than a sham parliament; it was also the biggest cultural hub in the GDR, with a theatre, restaurants, a disco and a bowling alley. “I used to love going to the Palast,” Neumann says. “It was a special place—a kind of microcosm of the GDR as one would have wished it to be—modern, luxurious and clean.”

Exhibits include photographs by Georg Eckelt, who documented the construction of the Palast der Republik for the East German government. Thirty years later, his son Christoph photographed its gutted interior after the asbestos was removed. Monumental paintings that once adorned the foyer are on show along with contemporary works addressing the building's demise, such as Bettina Pousttchi’s Echos Echo, which partially camouflages the Kunsthalle’s facade.

The fate of the Palast der Republik was sealed in 2002, when the German parliament decided to replace it with a reconstruction of the Prussian royal palace, where the Humboldt Forum cultural complex is due to open later this year. Street protests and political opposition from the Left Party and the Greens failed to block the cranes that began dismantling it in 2006. Neumann believes that had the Palast survived until today, it would be regarded as a significant cultural relic of a bygone era.