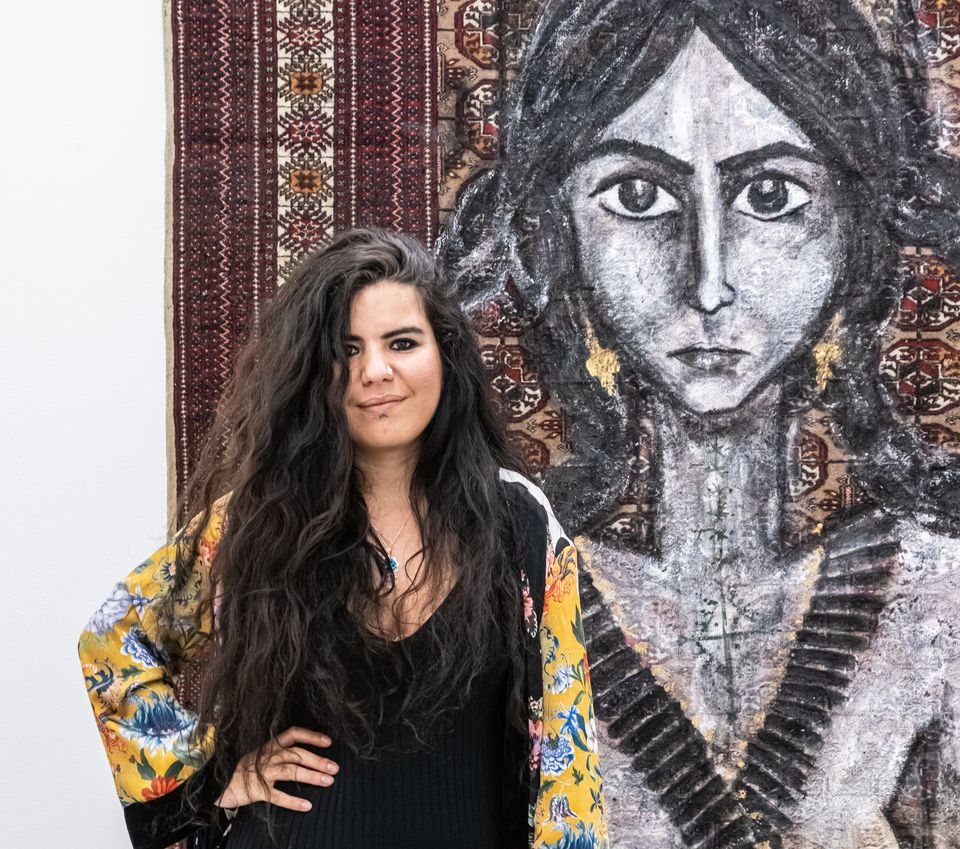 Zehra Dogan at her exhibition Frenetic Standstill in Turin © OKNOstudio

Zehra Doğan, the exiled Kurdish artist and journalist who spent three years in Turkish jail for her art, has won the inaugural Carol Rama Award in Turin, northern Italy, where her work is due to go on show next month. The jury of international museum directors unanimously voted for Doğan to win the award, whom they say shares Rama’s irreverent approach to gender norms and art-making, particularly in her use of waste materials and found objects.

While in confinement, Doğan made pigments from menstrual blood, crushed herbs and spices, coffee grounds and kale to paint on newspaper, cardboard and scraps of clothes. She created more than 300 works in total, smuggling them out of her cell as dirty laundry. Earlier this month, they were secretly sent to Istanbul for her first solo exhibition in Turkey, Not Approved.

“When I was incarcerated, they forbade me to make art, but I found a way to create, working clandestinely,” Doğan tells The Art Newspaper. “My exhibition in Turkey was done with similar means. I sent my works there, clandestinely. They were exhibited. And they came back clandestinely. It’s a guerrilla strategy.”

"I survive through my art. This is the only way I know to stay standing." Zehra Dogan, artist

Doğan’s work is now due to be exhibited with Prometeogallery as part of Artissima art fair, which this year is taking place across three of Turin’s museums: Galleria Civica d’Arte Moderna e Contemporanea, Palazzo Madama and the Museo d’Arte Orientale. The three-venue exhibition, titled Frenetic Standstill, had been due to open on 5 November, but has been postponed to early December due to renewed lockdowns across Italy. Artissima’s partner, the Turin-based Fondazione Sardi per l’Arte, is sponsoring the Carol Rama Award. Last year the foundation acquired the contents of Rama’s home and is now supporting the artist’s catalogue raisonné, due to be published in 2021. 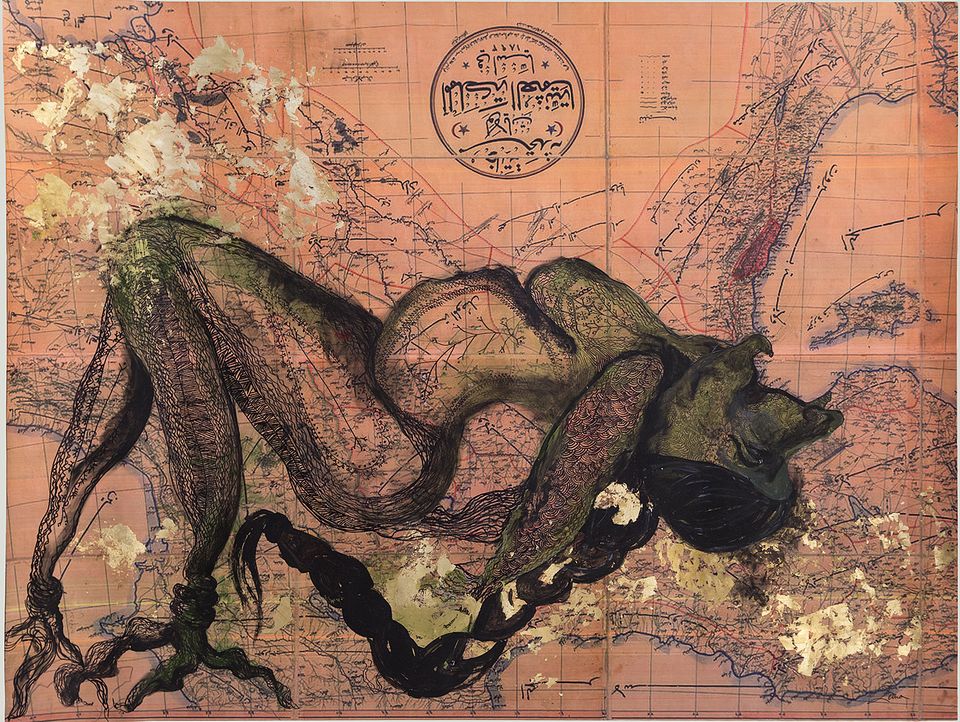 Already sold for an undisclosed sum (prices normally range from €4,000-€18,000), Doğan’s work, Kurdistan 2 (2020), shows a contorted naked female figure, with ropes tied around her feet, painted over a map of Kurdistan. “It resembles the newspaper paintings I did in prison,” the artist says. “It shares common ground with works I created to archive certain things and events, to re-inscribe, to re-document denied and destroyed realities. In war, there is always the will to annihilate all documentation, traces and memory of occupied places. By suppressing our historical archive, they try to plunge us into amnesia, oblivion, non-existence. By painting and drawing on documents, I try to make them perennial.”

In March 2017, Doğan was sentenced to two years and ten months in prison for terrorism propaganda and inciting hatred after posting on Twitter a painting of the smouldering ruins of the Kurdish town of Nusaybin following its destruction by Turkish security forces. Doğan, who also co-founded JINHA, the first Kurdish all-women press agency, was one of thousands of people who have been caught up in arrests and detentions in Turkey since the 2016 attempted coup against President Recep Tayyip Erdoğan’s government.

"I survive through my art,” the 31-year-old says, adding: “This is the only way I know to stay standing. But I must confess that in creating I don’t relax. On the contrary, I feel even worse. The more time goes by, the more I find myself arguing with my own art. It is my most important companion on the road, so I have the biggest fights with it. We Kurds argue the most with people we love.”

Dogan remains convinced that she will return to Turkey. “One day, the end of this cycle will inevitably come,” she says.

As for being compared with Rama, Doğan believes she is “not yet mature enough to be put side-by-side with an artist like Carol Rama”. She says: “Honestly, I think ‘being Carol Rama’ must not have been that easy. She dedicated her life to art, never relinquishing her principles and taking the risk of perhaps never being understood in an art world monopolised by men, which was certainly not her problem. This path is not easy to walk, we see it in the art world, even today. If the jury thought that I deserved such an award, I think they saw that I wanted to walk this path.”

Pinuccia Sardi, the founder of the Fondazione Sardi per l’Arte, says the new award “does not set out to be a pact with feminism, but is a way of supporting women artists, who, like Zehra, pursue an ideal of unconventional creativity, of artistic and personal freedom, eluding categories and labels”.

As well as being awarded €2,000, Doğan will collaborate on an exhibition with the foundation and the Carol Rama Archive in 2021.