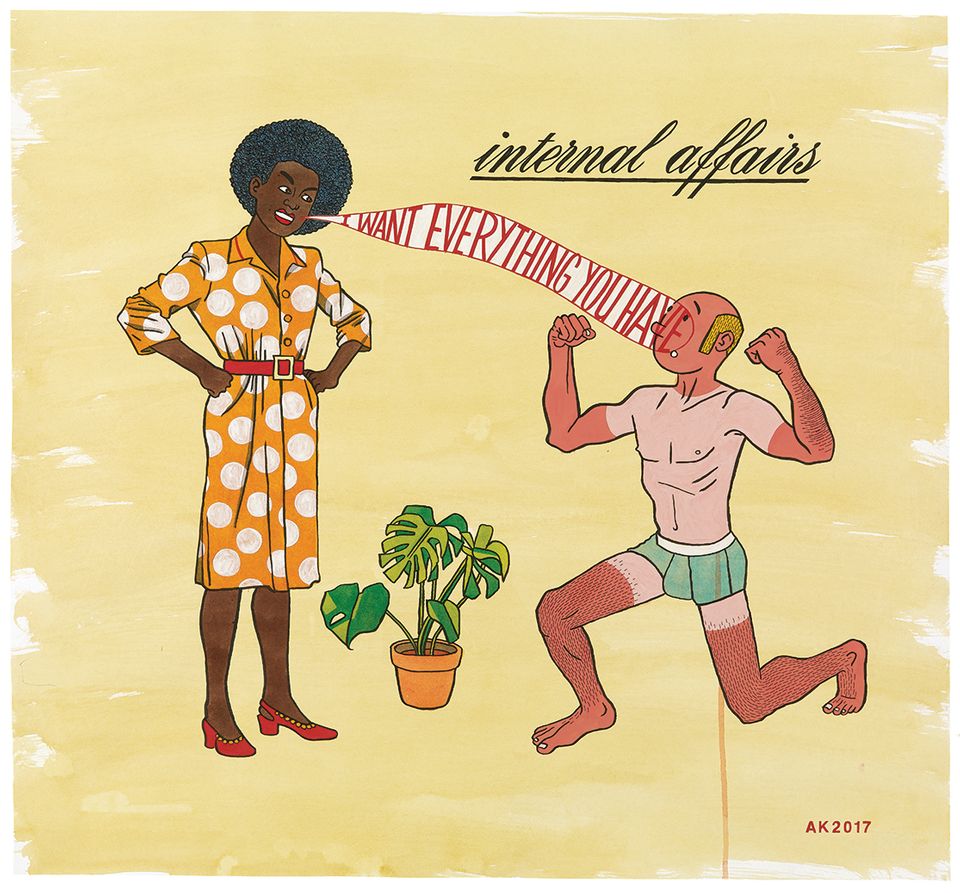 An exhibition of sexually explicit drawings by the white Cape Town artist Anton Kannemeyer, who is showing at 1-54 Contemporary African Art Fair this week, has been cancelled in Johannesburg.

The show, a joint display with Conrad Botes, with whom Kannemeyer co-founded the satirical journal Bitterkomix in 1989, was due to open later this month at South Africa’s Everard Read gallery but was pulled last week after staff threatened to resign, Kannemeyer says.

The artist acknowledges that the drawings are a “full-frontal assault” but says they were created to “break down white male ideas”. Rather than the government, “it is now the conservative community that censors you—bookshops, publishers, curators and galleries”, he says. Everard Read could not be reached for comment.

Kannemeyer has faced pressure in South Africa for his use of the blackface stereotype; he has not had a solo show there since 2015. At 1-54 he is showing several such works at Huberty & Breyne Gallery and Galerie Ernst Hilger (prices range from €2,600-€15,000). “Satire uses visual metaphors, hyperbole and stereotypes to get straight to the point,” Kannemeyer says. “I get the most kickback from white liberals. My duty is to make people feel uncomfortable.”

There has been some controversy at 1-54, too. One drawing of two blackface characters standing on a cloud saying “I would feel more comfortable in hell” was removed from Huberty & Breyne’s stand after two visitors complained. “The aim is never to offend black people; it’s an extreme polarisation I want to get across,” Kannemeyer says. On the whole, the reaction has been positive, however. “I’d say 1% of people react badly,” says Alizée Desbois, an assistant at the gallery.

Other works by Kannemeyer at 1-54 satirise South African President Jacob Zuma: R is for Respect (2015) was heavily criticised for showing a black penis. The image is a reference to another painting, The Spear (2010) by Brett Murray, which portrayed Zuma with exposed genitalia and in 2012 led to a court case.