The watercolour painting, considered one of the artist's finest works, was sold to a private collector in 2006 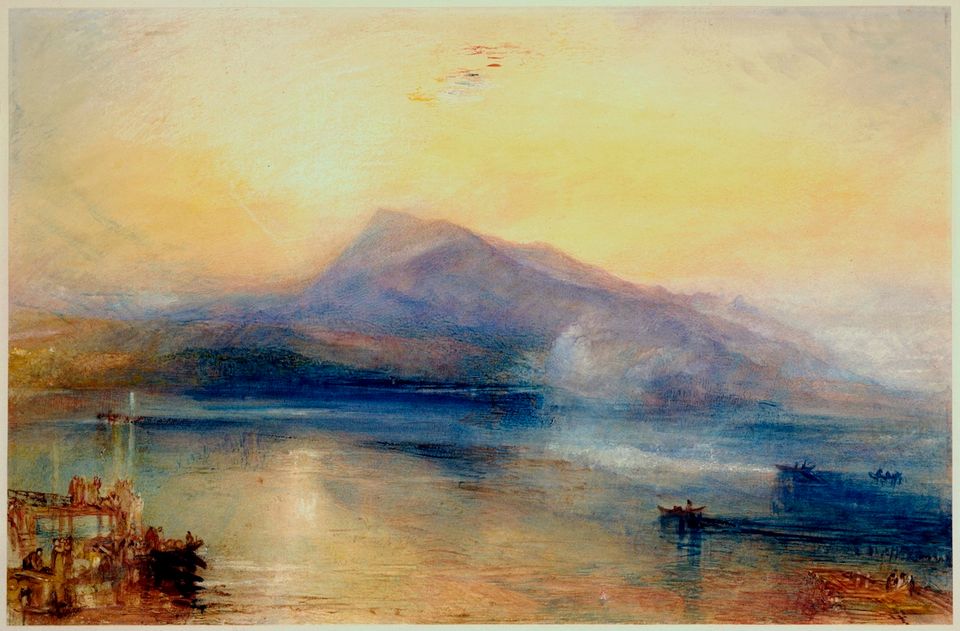 The UK government has placed a temporary export bar on J.M.W. Turner’s watercolour painting The Dark Rigi, the Lake of Lucerne (1842). The work, which is valued at £10m, was previously at the centre of a cause célèbre when it was sold by the London-based dealer Simon Dickinson for at least £2.7m in 2006 to a private collector, who outmanoeuvred both Tate in London and the National Gallery of Art in Washington, DC to acquire the work.

“The work is of national importance and if it were to go abroad it would be a terrible loss to the country,” says Rebecca Pow, the UK arts minister. “I hope that by placing a temporary export bar we can ensure that funds can be raised to save the [painting] for the nation so it is able to go on public display.” The government did not disclose if the current owner is attempting to sell the work privately or at auction, but the restriction is in effect until 1 December 2019 and may be extended until 1 June 2020 if a British institution begins efforts to raise the recommended £10m.

The painting is one of three atmospheric watercolours (among various studies and sketches) the British artist made in 1842 of Mount Rigi, a mountain in the Swiss Alps that he observed during four trips to a resort in Lucerne between 1836 and 1844. The Blue Rigi is now held by Tate Britain and The Red Rigi by the National Gallery of Victoria, Australia. The works were all shown together once at the Tate in 2007.

The trio of paintings are considered some of Turner’s finest work for their masterful representation of light. The art critic John Ruskin, who held many of Turner’s late watercolours of the Swiss landscape, wrote that the artist’s depictions of the sunset, as in the Rigi works, “marks the efforts of the soul to recover itself”, and evokes “a peculiar calm and return of the repose or youthful spirit preceding the approach of death”.

“In the 19th century the Rigi was... as much associated with liberty as with sublime beauty,” says Peter Barber, a member of the Reviewing Committee on the Export of Works of Art that recommended the bar. “It was perhaps this combination that led Turner to select the Rigi than other mountains, which makes it particularly important that this beautiful watercolour, which works on so many different levels, should be retained in this country.”