Facebook can be sued over censorship of nudes, Paris court rules

Meanwhile, Philadelphia Museum fights back after "suggestive" ice cream painting is removed from the site

The social media giant Facebook can be sued in France, a Paris appeals court decided on Friday, 12 February. The case centres on the site’s banning of nude images and started in 2011, when a French teacher tried to sue Facebook for censorship after it removed his post showing Courbet’s Origin of the World (1866). He is seeking to have his account reinstated and €20,000 in damages.

Last year, a Paris high court decided Facebook’s user policy was “abusive”, since it required all its users to be bound by courts in California, thus violating French consumer law by making it difficult for people in France to sue. Facebook has since loosened its community standards to allow the posting of “photographs of paintings, sculptures and other art that depicts nude figures”. 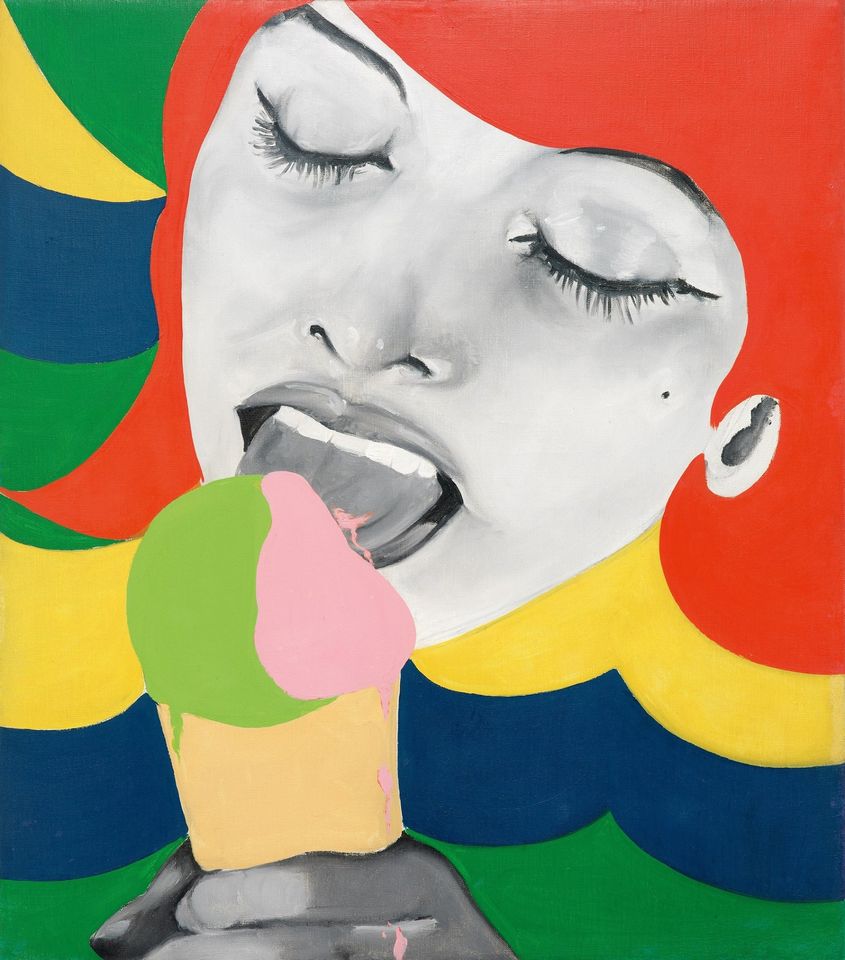 Ice Cream (1964) by Evelyne Axell, one of the first female Pop artists

Meanwhile, the Philadelphia Museum of Art ran afoul of Facebook's censors this month when it posted an image of Evelyne Axell's Ice Cream (1964) in an advertisement for it's forthcoming International Pop show, on tour from the Walker Art Center. The colourful painting showing a woman licking an ice cream cone was taken down by the site for “containing excessive amounts of skin or suggestive content”.

The museum reposted the picture, saying that Axell's work "can be understood as a critique of mainstream Pop Art, in which women were often depicted as passive, decorative objects. In contrast, Axell sought to depict active, confident women who pursue satisfaction on their own terms—such as the protagonist of Ice Cream, who unabashedly enjoys her dessert." The museum also asked its followers for their thoughts on the removal, and that post has received more than 200 comments. The painting is now also the cover image on the institution's Facebook page.